Change is exhausting. Consistent, overwhelming change strikes at our hearts and nervous systems with intensity. For over two years, as the global pandemic brought the whole world to halt, we had to shift; to learn new ways of being around people, protecting them (or not), while each of us in our own capacity tended to the garden in our soul. How do you weather such an event? How do you make sense out of something this enormous?

For Beth Schumacher and Jared Salte of The Royal Foundry, the answer, of course, is through art. Out June 17, this searing third offering from the indie alt-rock group, Little High Little Low, aims to confront the pendulum swinging experiences of change. On this record, The Royal Foundry approach their confused, languishing mental health in the face of so much change and division — a division familiar to and echoed loudly across many families all over the world — and see a crack of light at the end of the road. That one beam, filled with hope in a hopeless place, to keep driving them forward.

“We experienced a lot of personal changes all the while watching the world as well as ourselves get more divisive and confused and vulnerable,” Schumacher says. “That is this album. It’s us working through ourselves and finally taking our mental health seriously, while being pessimistically hopeful about our future.”

Salte and Schumacher were in Nashville when the pandemic began. What was supposed to be a brief trip ended up as an extended stay. This, Salte says, had an enormous impact on the initial writing of the record. By the time they returned to Canada, the album, still imprinted with the dark intensity of lockdown, began to take a new shape. “The second half of the album we wrote once we had returned home. It ended up having a much more optimistic feel to it,” Salte says. “There was some hope in the air and it helped solidify the main lyrical concept of this album with the highs and lows we all had experienced over the past couple of years.”

The title track opens the record, setting this tone, but provides an avenue for which you can freely dance and sing along; a catharsis that is unlike any other, one that only music can provide. It’s a celebration of the worst by hoping for the best. And if the best doesn’t come, as Schumacher says, that’s okay, too. “To be pessimistically hopeful is to always be cautious; guarding your heart, by having lowered expectations of what could be the best outcome. To think about the best case scenario but convince yourself that fourth place could be better for you anyway.”

The Royal Foundry’s last two records rounded out and defined their sound. Here, however, there was an opportunity to, much like the rest of the change swirling around their lives at the time, shift who and what they could be for this project. The album’s first single, “Listen to the Beat” exemplifies that with brassy, swelling guitar licks and lilting percussion. The band took their tracks and worked on the album with Spencer Cheyne, at the OCL studios in Calgary, their first time in a commercial studio space. Salte says they let the work dictate what the sound would be over any stringent adherence to what they worked out before, despite any tension that came from resisting such familiar tactics. The result is a record weaving more thoroughly around this human experience with change and division but soundtracked with buoyant, captivating instrumentation.

On “Hello Dreamer Baby,” one of the more bright, roaming tracks that acts as an anchor of lustre on the album, was inspired by an impromptu road trip the couple took. Weaving through the U.S., Schumacher says of the journey, “We spent most of the drive talking, reminiscing, and planning for the future. Being in a really beautiful environment tends to inspire your soul and that’s what wrote that song: it’s this honest collection of thoughts from our conversations mixed in with awe inspiring places of beauty.”

With “Headlights,” a phenomenal song on the record, that pessimistic optimism comes into clarified view. “It can be dangerously easy to sit in the dark and wallow in self pity,” Schumacher says. They clung to the imagery of a dark road lit only by a small amount of light. This source proved to them, at least, that hope was not unimaginable. Darkness isn’t the only reality in times of hardship.

As a band who have long been influenced by their surroundings, it was impossible to not trace the impact the pandemic had on them personally and artistically. The result is a record that stretches them musically and in distinctive, personal ways. This album is not calcified or static and neither is Schumacher or Salte. They rode the vicissitudes that is life and are bringing us along on the journey 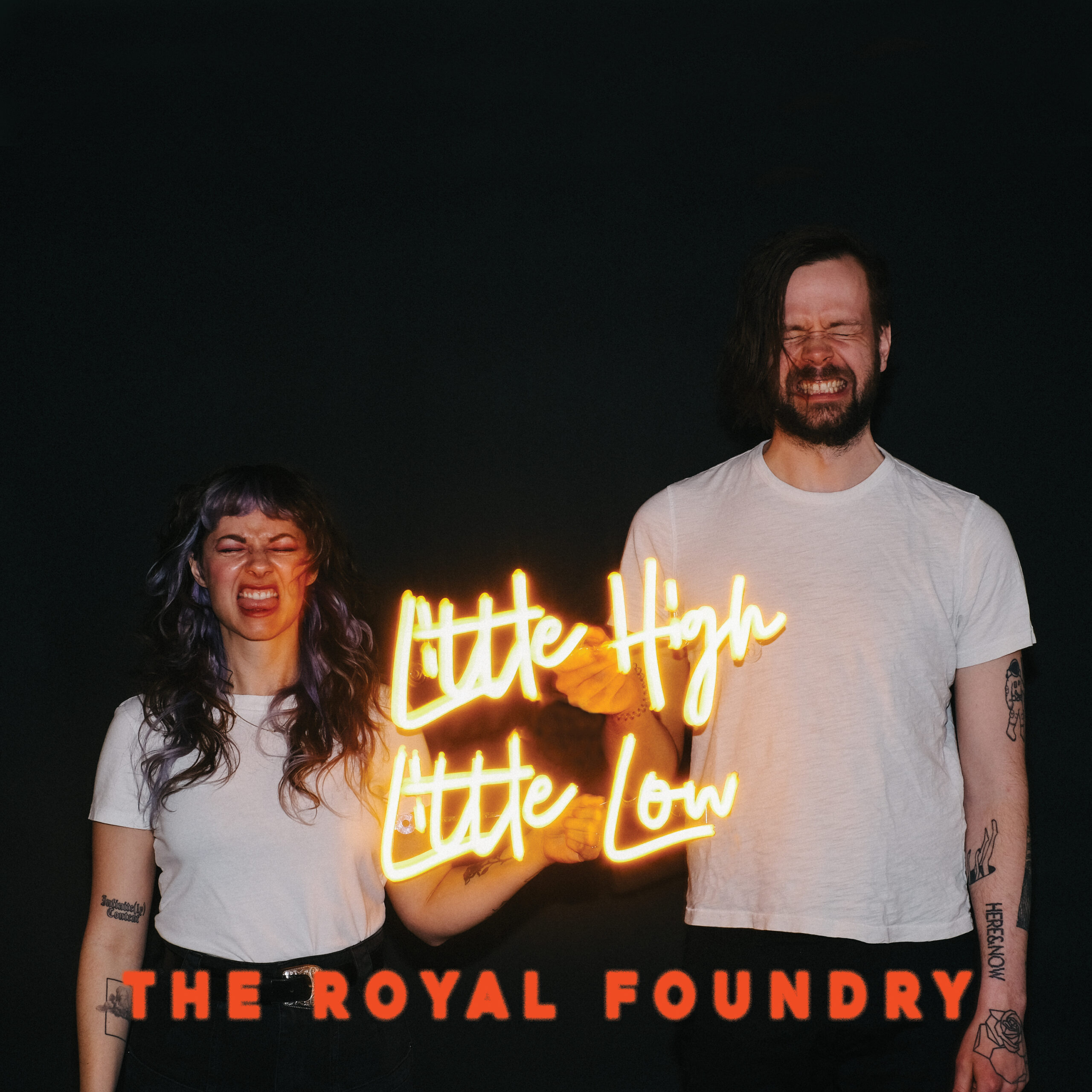