Across the six tracks which comprise Eventually, Toronto band, The Effens’ upcoming third EP, a dark, razor-sharp, grunge-glam sound emerges. Due out July 30, 2021 via Hidden Pony and the band’s own LootBag Records, Eventually draws inspiration from ‘90s grunge sneer and early-aughts indie-rock cheek. Combining these elements with honeyed pop melodics and contemporary post-punk ingenuity, an unquantifiable element is added to build a grimly glowing and incredibly fun collection.

Eventually is the culmination of years of feverish experimentation and lineup rotations which led vocalist and guitarist Austin Nops—the nucleus of The Effens— to finally collect Paul Theo (guitar and synth/samples), Hannah Weber (bass and vocals), and Fabian Oblivion (drums). The members connected through jam space-meet-cutes and last-minute show fill-ins that have unspooled into the band’s current iteration.

The Effens’ fully-realized sonic world is couched in a playful visual aesthetic which approximates the character of the band. (Theo describes it offhand as “Scorpio.”) Live performances and music videos alike are hemmed with, in no particular order, glitter, animal print, flowers, old television sets and dolls.

This recontextualization of cultural objects is at the heart of The Effens’ work. “It’s like how the best cartoon shows for kids are the ones that are kinda scary or messed up in some way, like Ren and Stimpy,” says Nops. “It’s for kids but it’s supposed to scare kids at the same time.”

The band’s name, too, reflects this playful perversion of norms, hinting at the word “fuck” without saying it, while other bands put swears front and centre. “What’s the best way to get the message of a swear word to kids as young as possible?” says Nops.

Eventually was self-recorded and produced in a basement quilt room-turned-recording studio in Nops’s grandfather’s Toronto home, where Nops lived for the past 10 years. Oblivion describes the house as “something out of Beetlejuice.” Tucked in that basement room, says Nops, was “where I felt the most comfortable ever in my life.”

Recording and producing on their own tracks is part of the band’s DIY bent. Music videos are self-made on video cameras found by the band; merch is designed and manufactured among the four members; and friends orchestrate on-stage visuals for live performances, augmented by tchotchkes procured by the band from thrift stores. Each Effens release thus far has been put out on LootBag Records, their own label, which was started by Nops to release collaborative holiday mixtapes that ended up taking on a life of their own. Now, bands submit to Lootbag, and live together on the label’s Bandcamp page. “The idea is to share a digital space so that more people will listen to each other’s music,” says Nops.

“The more we do on our own, the more everything has our fingerprint on it.” A smudged, black, glittery fingerprint.

Nops explains that while each track on Eventually carries its own narrative weight—arcs he hopes listeners will divine among themselves—a common thread is loss of innocence, and the pain of trying to protect one’s innocence during change and growth. The purpose of Eventually is to present undoctored clarity: “The songs that come out when you’re not thinking about it are the ones that stick because they’re usually the most sincere,” says Nops.

Lead single and EP opener, “Pavement Age,” struts in on pulsing bass, drums, and guitar while Nops’s snarling, Julian Casablancas-tenor leaps in: “Well if you still can’t stand and you still can’t talk/And you still don’t care or feel good enough/ I believe in the cause of a different force/It’s a lot like religion but it could be worse.” The chorus combusts with fuzz as Nops pleads over and over, “Oh no, I can change!” Here, a Fun Years toy guitar makes its first appearance in a mutilated MIDI guitar solo after the first chorus.

Follow-up, “Things You Can’t Take Back,” is all slow-burn riffing in service of Nops’s gentle vocals before its chorus erupts, complete with squealing guitar leads. “Punishment” hums in on Weber’s and Oblivion’ relentless bass-and-drum grit with Ciurea’s warped guitar leads riding shotgun, while “Venom Denim” is a spastic, unpredictable garage-grunge centrepiece.

“Eventually” recalls the best bits of the west coast’s alt-guitar pop tradition with bubblegum riffing and Weber’s airtight basslines. Nops alternates between a low-register groan and breathless bellow on the chorus: “So bite in as hard as you can/Till you get what you want from me!” The warped Fun Years guitar magic makes another cameo here with a screeching lead.

The tracks on Eventually reveal a keen melodic sensibility and an insatiable urge to distort that sensibility to create something new. Weber says the EP represents a new level of depth and experimentation for a group that is relentless in its desire to present something novel made from that which is routine. This translates to a record that’s essential and accessible, something which at each turn blasts out emotional sonar pings that hit deep and bounce back something newer and weirder and, somehow, better. 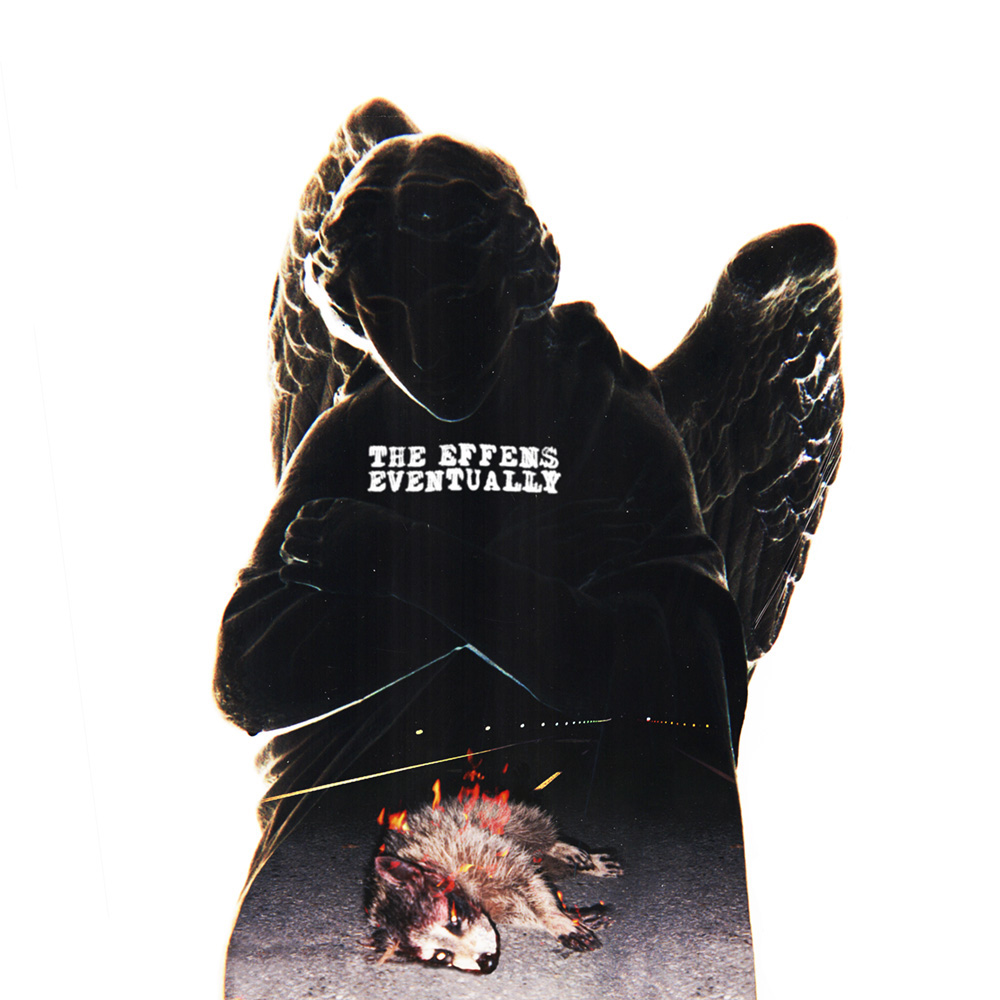 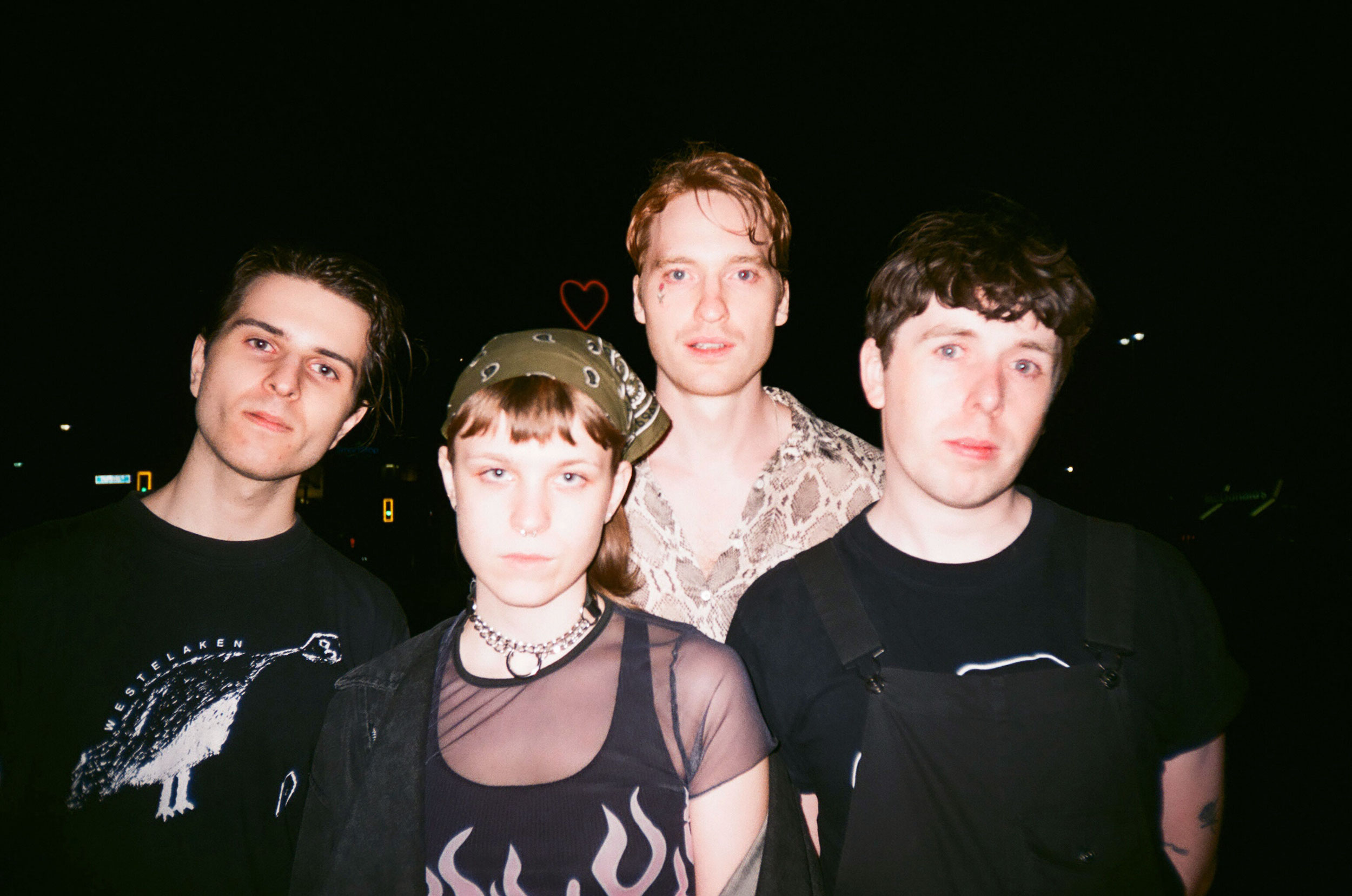