With New Mistakes, Canada’s Terra Lightfoot offers up something rare: the kind of genuine document that can only come from a road-tested breed of songwriter and performer. Shot through with the guitarist-vocalist’s powerful, bluesy soul, vivid lyrics and ferocious six-string virtuosity, it’s an unforgettable outing. From the ground-shaking stomp of “Paradise” and wild-eyed energy of “Pinball King” that open the set to the psychedelic, gospel-tinged album closer “Lonesome Eyes,” the steeltown native’s third record distills her masterful talent to its electrifying essence.

Produced by Gus van Go and Werner F(Arkells, Sam Roberts Band, Wintersleep), New Mistakes is a heady journey. As poignant as it is rollicking and vulnerable as it is rowdy, it cruises long and sometimes lonesome highways that lead everywhere from brokedown dive bars and endless prairie skies to mountain ranges and the Mojave Desert. Built around Lightfoot’s killer live band, the session impresses on all counts. It’s Lightfoot’s hungriest and most raw album to date, able to mesmerize with graceful melodies one moment, and step into the ring to deliver a hurricane of hooks or a heart-wrenching chorus the next. Lifted by bright waves of organ and classic roots-rock vibe, “Ruthless” nails that lethal dynamic,slowly building a story of deep connection fraught by distance, until letting loose its knockout crescendo.

Lightfoot’s stunning, soulful voice powers her emotional wallops, laid low as a gentle whisper over the swirling finger-picking of “You Get High,” or belted out with nuclear swagger over the rock ’n’ soul grooves of “Hold You,” battling things out with a righteous Jake Clemons sax solo during its climax. And the only forces that can go toe-to-toe with Lightfoot’s vocal prowess are her guitar chops. “Slick Back Kid” is a bluesy scorcher, barreling forward with monster riffs, dappled with hits of slide guitar work from guest vocalist Oliver Wood. “Stars Over Dakota” lays down blistering ‘70s grooves between feral blasts of overdrive as Lightfoot howls across the American midwest to someone she can’t stop thinking about. “Drifter” reflects on love long past, with her emotive guitar playing saying what the lyrics cannot.

That’s not to say she’s a tentative wordsmith. Lightfoot’s evolution into a potent songwriter might be captured best on the poignant “Norma Gale”. The tune tells the real life story of its namesake’s battle to make it as a songwriter and bass player in the colourful world of ‘70s country music, fighting to pursue her “`passion while raising her son alone and touring non-stop. It’s easy to hear why Gale’s story would resonate with Lightfoot: As tried and true road-dogs, they’re kindred spirits, both driven by a creative force they’d be willing to let tear them apart if it had to. And sometimes it does. But, as Lightfoot wails in the song’s transcendent finish—though the trek so far has been long and treacherous, and isn’t likely to let up—“I knew I had to keep on going.” That’s how she got here, after all.

It’s Lightfoot’s relentless commitment to the cause that made this album possible: racking up endless, hard-earned miles, forging and letting go of relationships, and seeking out every sliver of truth in a life on the road that is anything but easy to navigate. It’s an odyssey without a map to guide the way, filled with infinite missteps. But if they all sound as wild and beautiful as this, let’s hope Terra Lightfoot never stops making New Mistakes.

Terra describes “Paradise” as about “letting go of perfection in love, the realization that everyone makes mistakes and relationships go through highs and lows. It’s not wrestling with the problems and missteps in our relationships but embracing them. I think it’s a more realistic way to look at love and it gives me some comfort to know I’m not standing there with rose-coloured glasses on. Also it’s about trying to maintain a positive attitude and treat each other right even when things get tough. It actually started out as a different song called “Thunder” that was a huge hit at our shows. On the last day of tracking the record, I had this crazy idea that I wanted to change the words because I wasn’t happy with all of them, so I set up a pillow fort and a guitar in the tracking room, went to work…and ended up with a new verse melody and completely different words. Gus and Werner liked the new verse so much they said, “Okay, now go write a chorus to match that verse”— and “Paradise” was born.” 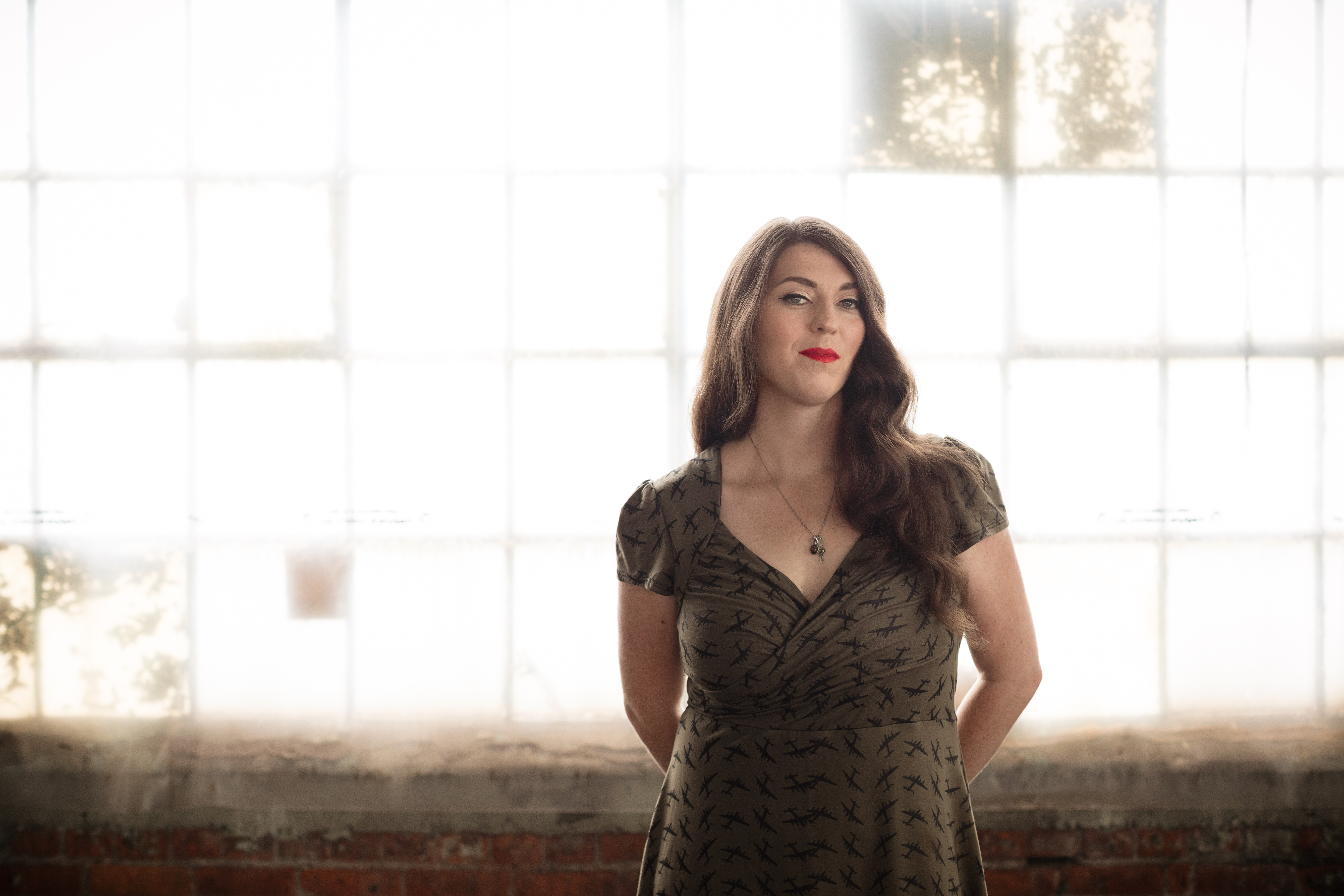 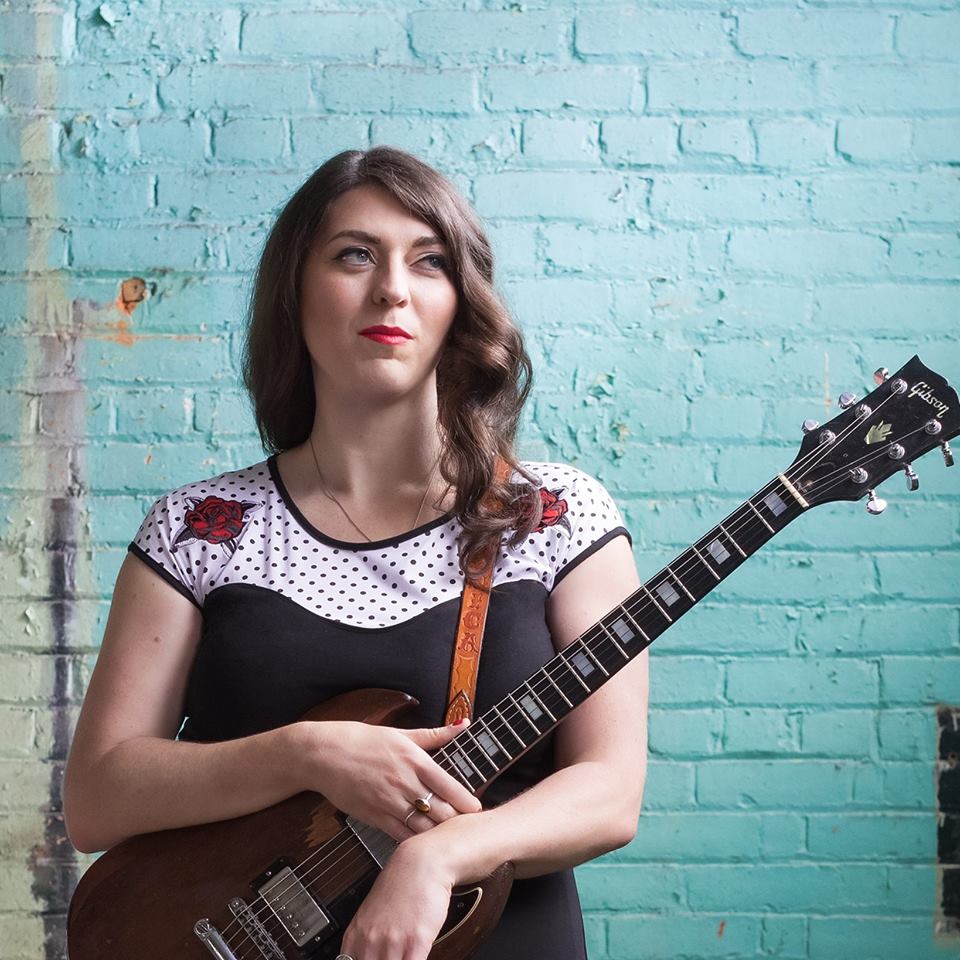 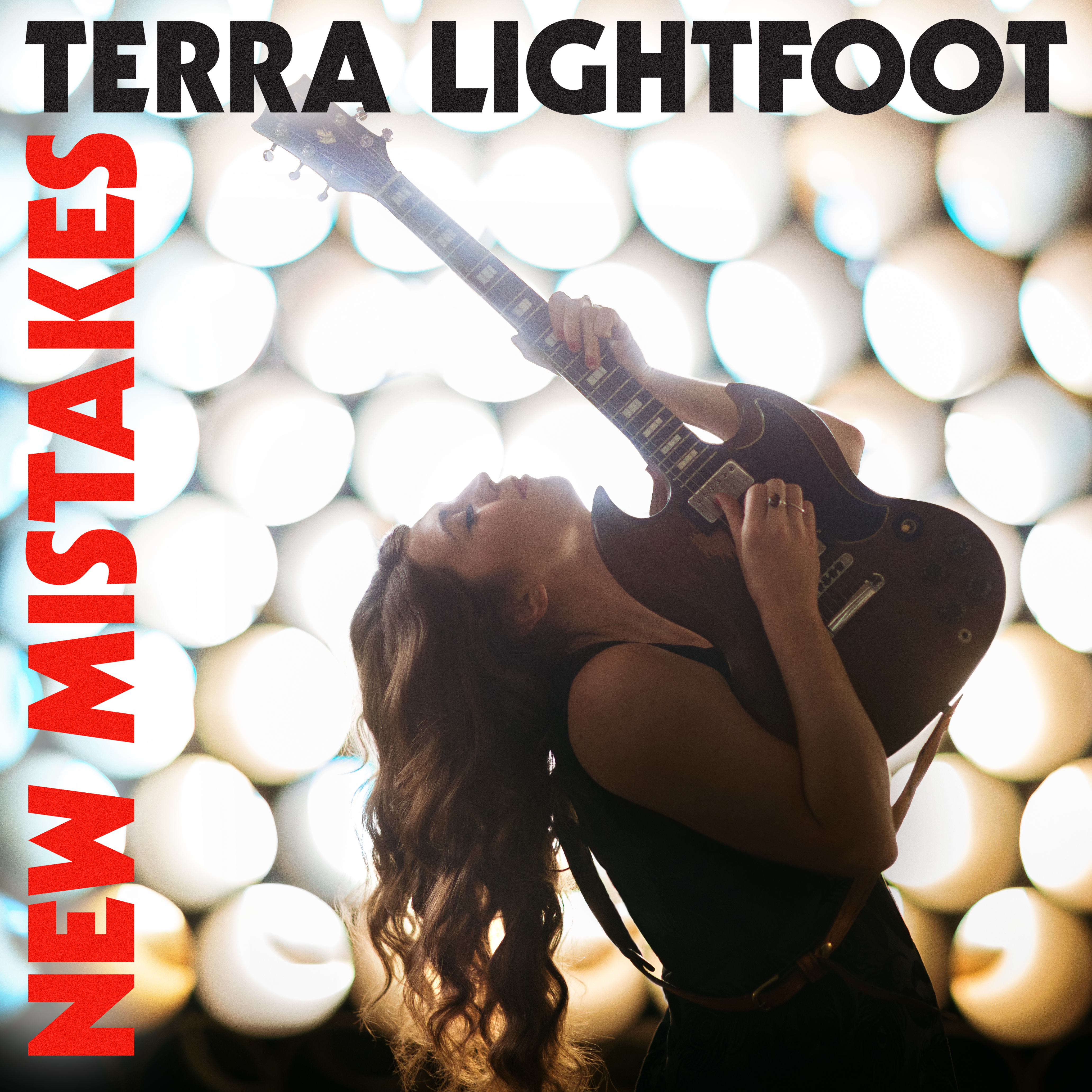 Terra Lightfoot’s “Ruthless” is one of The Alternate Root Magazine’s Video Picks of the Week!

Terra Lightfoot’s new “Ruthless” video will ‘have you not just swaying, but swooning’ – watch now over at Indie88Toronto!

Terra Lightfoot’s “kaleidoscopically colourful clip” for “Pinball King” is featured in CBC Music’s songs you need to hear this week!

Terra Lightfoot talks about her first concert ever with Digital Tour Bus!

New Mistakes by Terra Lightfoot streaming in advance of release on PopMatters today!

TIO and Terra Lightfoot up on Impose’s ‘Week In Pop’.

The Joy of Violent Movement has the new song from Terra Lightfoot!

“New Mistakes‘ latest single, the atmospheric “Norma Gale” may arguably be Lightfoot’s most singer/songwriter-like songs, as it was inspired by her meeting and befriending Norma Gale…”

New single from Terra Lightfoot called ‘Norma Gale’ is up on Exclaim!

Terra Lightfoot and Scenic Route to Alaska both on Y108 Rocks!’s Indie Show!

102.1 the Edge calls Terra Lightfoot’s latest single one of 5 Songs You Must Hear This Week!

“Lightfoot thoroughly reinventing her sound while retaining some of the elements that first caught the attention of this site and the rest of the blogosphere”.

CBC Hamilton includes the latest from Terra Lightfoot + Adrian Underhill in their Top 3 Songs To Hear This Week!

“the foot-stomping energy on this track is a good sign for the rest of the LP”.

Terra Lightfoot’s new video is up on The Dutch Guy​!

Sounds Good sits down for a chat with Terra Lightfoot!

Terra Lightfoot’s track ‘All Alone’ in this week’s ‘5 Songs You Music Hear’. Now go and listen!

New Adrian Underhill on CBC Hamilton’s top 3 songs of the week for In The Key Of C!

New Terra Lightfoot! Just in time for the holidays.

‘All Alone’ named one of the songs you need to hear at CBC Music!

New music from Her Harbour, Terra Lightfoot, and Lori Cullen on Alan Cross Official this morning!

Stella Rio, Terra Lightfoot, and Billy Moon are “3 songs you need to hear this week at CBC Hamilton!

The Spill Magazine names Terra Lightfoot’s ‘All Alone’ track of the day!

PREMIERE! The new Terra Lightfoot video for ‘All Alone’ is streaming at PureVolume.com!

Filmed in the Scottish Highlands on her last UK tour.

Terra Lightfoot just made her way down to the YouTube Space NY and Pancakes and Whiskey was there to document the event.