Teon Gibbs is quickly becoming one of the most well known voices coming out of Canada. The two things that really separate Teon from his peers are his show stopping performances and his willingness to take risks with his art. Always pushing the boundaries of genre and innovation, Complex UK has stated that Teon’s work has “hit on a fusion sound that has been sorely under-explored.”

Exclaim! has described Teon as having a natural ability to blend serious themes with soulful tracks, delivering a thoughtfulness that sets him apart from many of his contemporaries and he demonstrates a willingness to go to places that most artists would be afraid to. Maybe this willingness has something to do with Teon’s upbringing. Originally from Botswana, Teon has lived in the UK, South Africa and  Angola before settling in Vancouver, Canada. “We had humble beginnings, but it really taught me to push for more,” says Teon.

Teon Gibbs is currently working with 3 x Grammy Award winning producer Chin Injeti (Grammy wins include: Eminem’s Recovery, Marshall Mathers LP 2 and Lecrae’s Gravity. Additional credits include: DJ Khalil, Drake, Aloe Blacc, Anderson Paak, Dr. Dre). They have created a core sound that blends soulful chords, thoughtful lyrics, dark vocal samples and thick 808s to paint a nocturnal canvas to which Gibbs can display an intimate understanding of who he is and how he is more than just a product of his environment.

“We don’t want to just take the cookie cutter approach to making music, we want to be cutting edge and raise the bar” says Injeti; and with this mentality Chin and Teon have been able to orchestrate a hub of creativity unlike anything Western Canada has seen since the early 2000’s. This ethos includes billboard-topping producers (Jarrel the Young, Akeel Henry, Anthony Bell), cultural juggernauts (Junia-T, Public Records, 100 Collective), and a voice of credibility in Teon that connects with the people. As seasoned as this camp appears to be, they show the hunger of a new artist that’s fresh to the game. A blueprint for success.

“I might do it for the culture” is a statement piece that Teon has coined and he is looking to do just that. 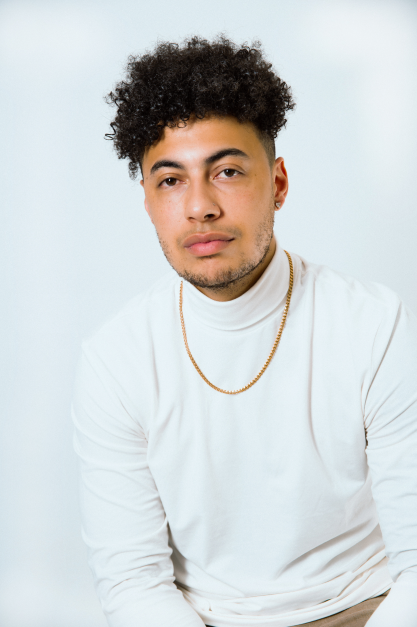