You know you have something special when you can hold your own with Keith Urban.

Flashback to 2014: new Slaight Music signing Roslyn Witter won a radio station singing contest that earned her a live duet appearance with Urban during one of the country music superstar’s concerts in Witter’s hometown of Hamilton, ON.

Joining the guitar-slinging Australian onstage to help christen the opening of Tim Horton Stadium for an impromptu rendition of “We Were Us” – his duet with Miranda Lambert – Witter did such an amazing job in front of 20,000 people that Urban kneeled and lowered his hands in a respectful gesture of worship. Later, he sent her a personally autographed guitar to express his gratitude.

“Getting to sing onstage with Keith Urban was insane,” Witter recalls. ” After that performance – there was no feeling like having the crowd sing and cheer for you.”

Witter not only treasured the memory: it whetted her appetite for more.

Flash forward to today: Roslyn Witter, a charismatic, distinctive and organically-nuanced tenor, is ready to claim her own country music spotlight.

Whether she’s revving up the sunshine on the terminally upbeat summer anthem “Good Vibes,” twirling through life’s rotisserie of love and loyalty through the poignant country waltz “Ferris Wheel Ride,”  or optimistically grabbing the brass ring with a “my foot on the gas” and “nothing but dreams on the dashboard” armed with a sentimental memento on the motoring “Flannel Shirt,” Roslyn Witter is an exceptional siren whose gift of artistry bypasses cliché and stakes her authenticity as both singer and songwriter in the genre known as “three chords and the truth.”

Witter’s truth lies in a naturally intuitive voice and a phrasing that zigs when you expect it to zag and a lyrical prowess that expresses natural emotions and opinions without stooping to the formulaic Nashville drivel you’ve heard ad nauseum.

She says she wants to be honest to her muse.

“Country has always spoken to me because it’s about storytelling,” Witter concedes. “The culture is warm and inviting and welcoming. I have a country twang to my voice that’s evolved naturally over the years.  My voice is suited to it.”

She also had a bit of an advantage – an early exposure to music stardom. When she was old enough, her country star dad Jim Witter took Roslyn on the road all over North America and she sang with him occasionally.

“I got the bug at a very young age and I never had that fear of performing,” she admits.

Her songwriting gifts, a recent development, shows her knack for writing relatable verses and choruses.

“I love writing lyrics,” Roslyn declares. “I find it very therapeutic and they’re the most fun. My favourite thing is to sit in my bedroom uninterrupted and just try to focus on coming up with good lyrics.”

Other things you may want to know about Roslyn Witter: she’s a recent newlywed and a talented professional photographer. She spent five years working at a hospital and her aunt is actress, writer and director Kathleen Robertson (Northern Rescue, Boss, Beverly Hills 90210.)

Her influences include Taylor Swift (“I listened to Red on constant repeat during my first heartbreak,”) The Chicks, The Beatles, Cat Stevens, James Taylor, Bob Dylan, Elton John and Billy Joel…and you’re probably wondering about that Keith Urban-autographed guitar that’s hanging on her living room wall…and how it was involved in a little “mishap.”

“My husband Brett played it and he accidentally rubbed off my name,” Witter laughs. “At least Keith’s signature is still intact.”

Another thing that’s intact, as you listen to Roslyn Witter’s songs, is a signature sound that not only you will identify with, but will improve over time as her talent matures like a fine wine and she realizes her future aspirations…which, not surprisingly, is making people feel good while she satisfies her creative country music soul.

“I’m hoping that I can write music that will resonate with people,” Roslyn Witter declares. “I’ve always loved music and it’s always made me happy.”

Just don’t let her husband near your autographed guitar. 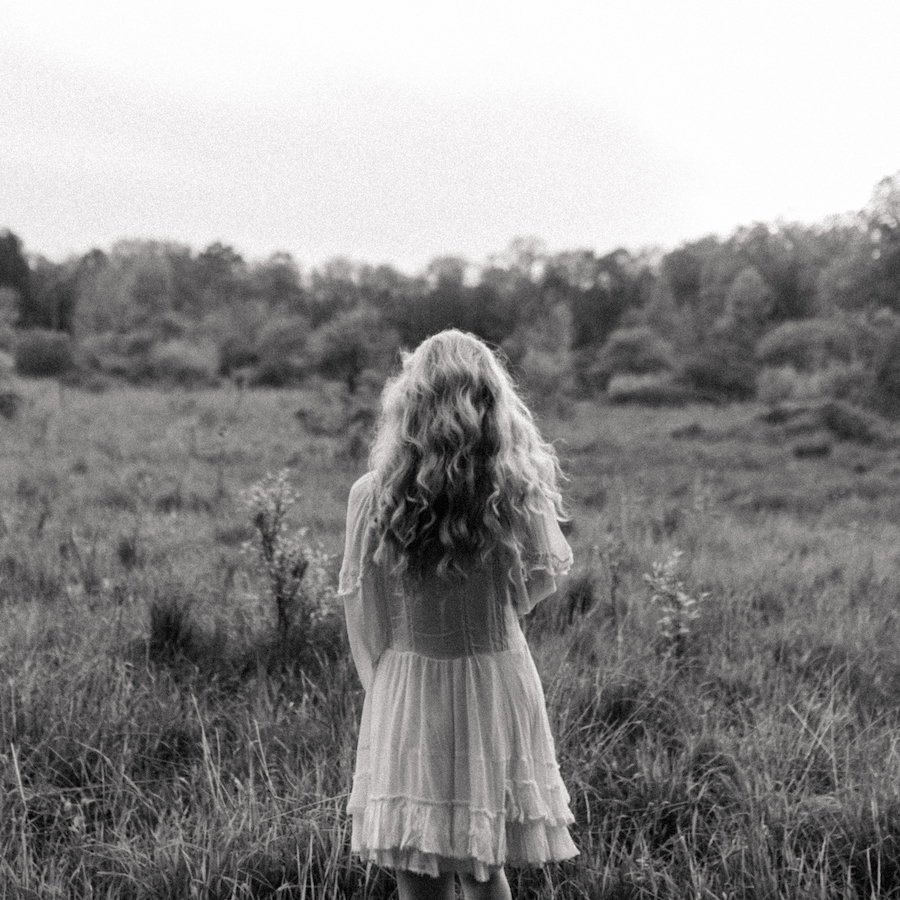 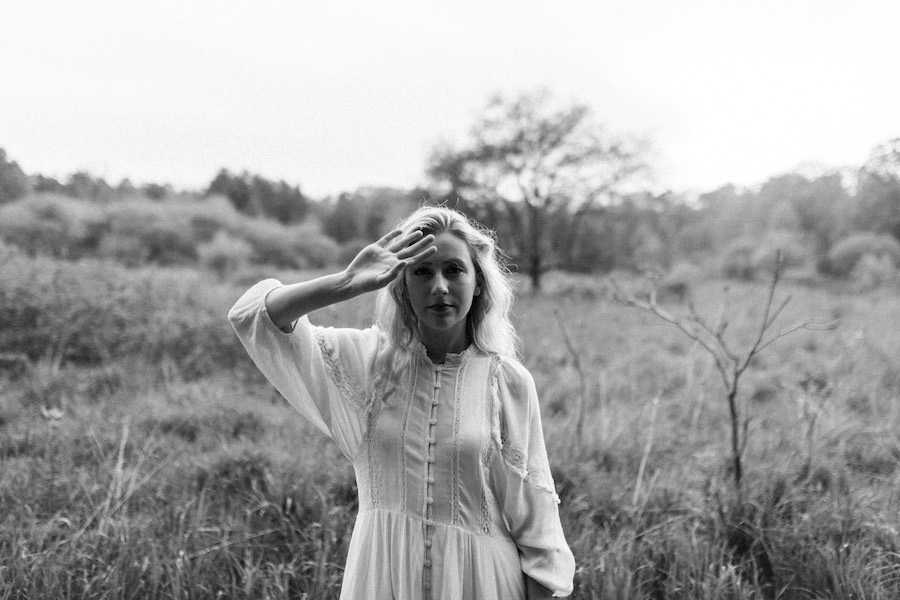 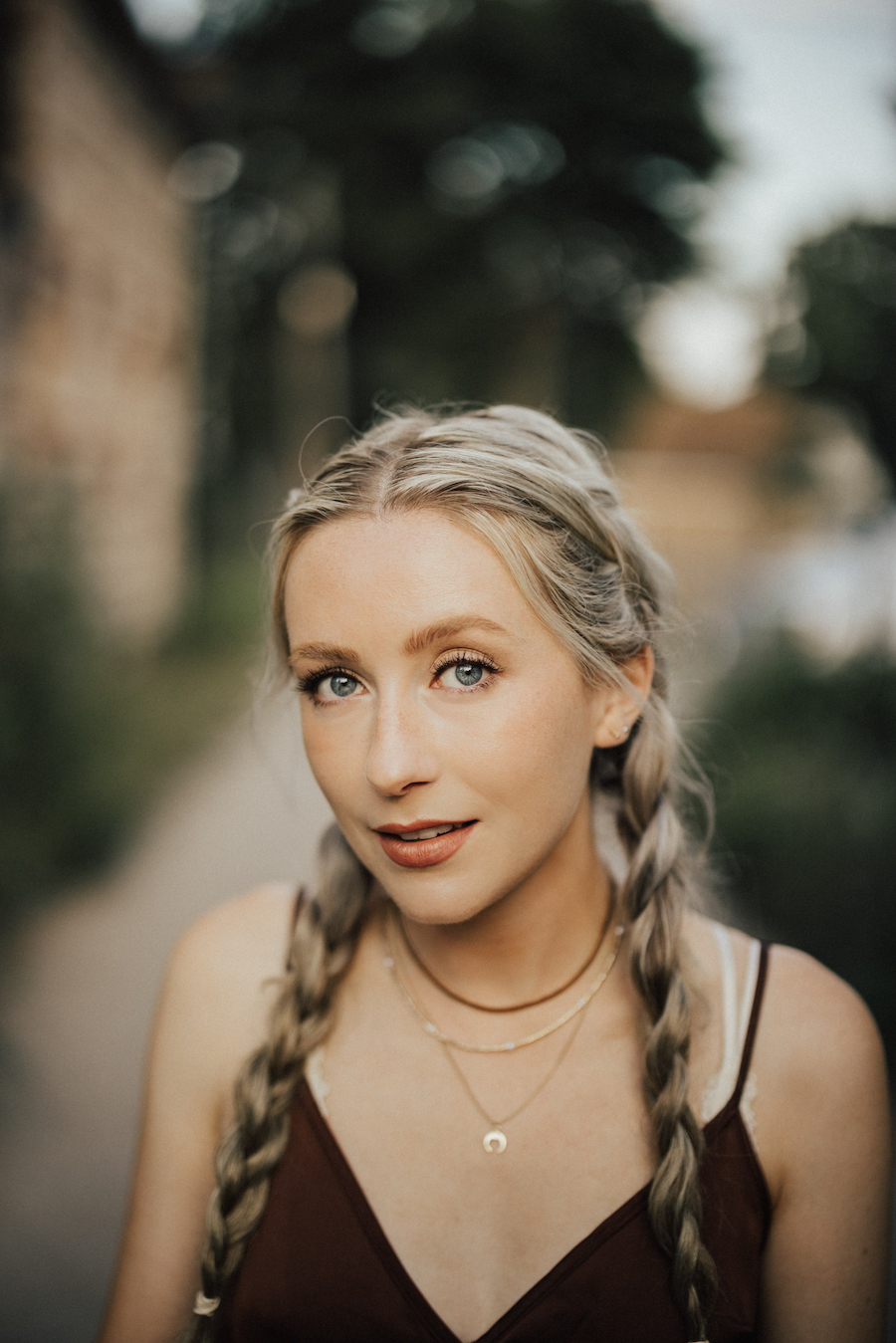