Ron Hawkins and The Do Good Assassins

Ron Hawkins has long been revered as one of Canada’s greatest contemporary singer-songwriters.

As lead singer/multi-instrumentalist and main songwriter of Canada’s legendary Lowest of the Low, Ron Hawkins has enjoyed many accolades through the years:

In 1996, 2000 and again in 2005, Chart Magazine honoured the group’s 1991 debut album, Shakespeare My Butt, with spots in the top 10 of the Top 100 Canadian Albums of All Time. In 2000 and once again in 2015, Hawkins was voted Songwriter of the Year by NOW Magazine’s reader’s poll. Also in 2000, Ron received Toronto station 102.1 The Edge’s Lifetime Achievement Award. In 2008 The Lowest of the Low was inducted into the Canadian Indie Rock Hall of Fame and awarded gold records for Shakespeare My Butt.

Over the years, Ron has written and released seven LOTL albums, five solo discs, three records with his band The Rusty Nails, and two records (one a double album) as Ron Hawkins and The Do Good Assassins. That’s 18 albums of original material to date plus a commemorative vinyl box set called Shakespeare My Box – an anthology of the entire Lowest of the Low catalogue.

The Do Good Assassins are Ron Hawkins, with Jody Brumell (drums) formerly of Lorded and current act Ace of Wands, Lee Rose (bass) also of Ace of Wands and formerly of Rival Boys and Stuart Cameron (guitar) who also currently plays with Crash Test Dummies and the Matthew Good band.

246 was recorded on a 1985 Tascam 246 4 track cassette recorder in drummer Jody Brumell’s living room. The ethos of the record is “all analogue, no digital tomfoolery.” All tracks were recorded on the 4 track and mixed through analogue outboard gear. The idea was to make a record with extreme limitations – just four humans making music in a room with no bells and whistles. Think Guided By Voices or the Beatles on the roof of Abbey Road. 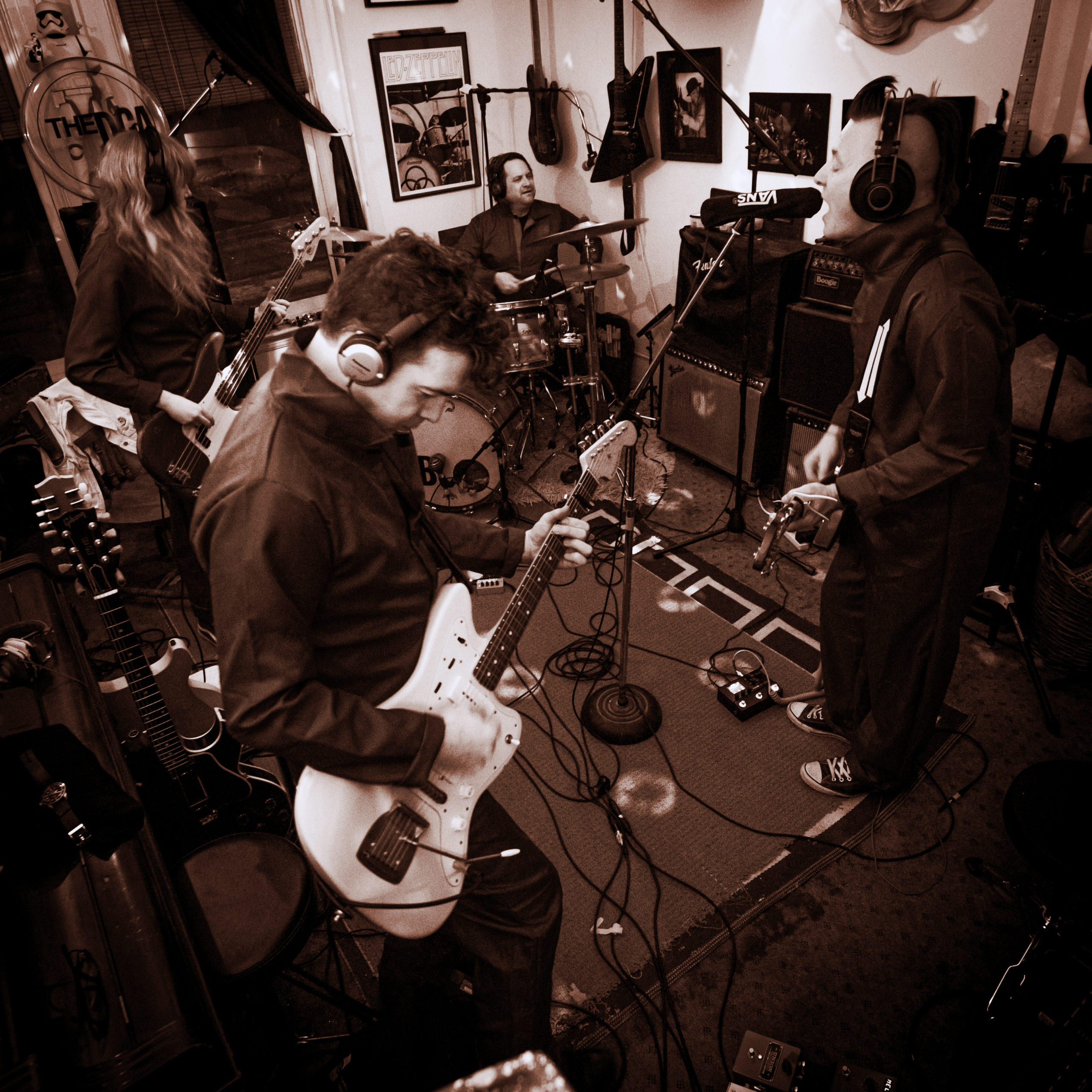 Canada’s Ron Hawkins and the Do Good Assassins are releasing a new album titled 246 this August and we are getting a hint of the sound with first single Teenage Insurrection. The song is a blues-infused treat meant to be played loud. So grab a beer and put it on your next summer party playlist […]

Ron Hawkins and The Do Good Assassins’ latest release, Teenage Insurrection, from their upcoming album “246” (set to drop on August 28th, 2020) is a short burst of exuberant rock and roll steeped in classic rock sounds with guitar jags that have informed post punk and post rock (or vice versa). Hawkin’s vocal aesthetic is […]

Ron Hawkins Readies ‘246’ Album with the Do Good Assassins – Listen Now on Exclaim!

Just over five years on from singing Garden Songs with the Do Good Assassins, Ron Hawkins has got the band back together for a new full-length album. The Lowest of the Low leader will release 246 independently on August 28.

Ron Hawkins has long been revered as one of Canada’s greatest contemporary singer-songwriters. As lead singer/multi-instrumentalist and main songwriter of Canada’s legendary Lowest of the Low, Ron Hawkins has enjoyed many accolades through the years