Canadian indie-pop act, New Friends, went viral with the very first song they ever recorded, “Purple Candy,” when they were practically strangers — now at 5.5 million streams and counting — scattered to their respective homes during Covid, recorded and released more songs, then won Slaight Music’s life-changing It’s Your Shot contest. The resulting EP, Camaro, was recorded with the $100,000 studio and promotion prize.

“Our superpower is that all four of us are different and our influences so different that going into a recording session, everyone’s coming into it with a completely different musical background. Our thing is to bring that nostalgia for bands we loved growing up into our sound,” says bassist Conrad Galecki, citing such varied sources as Coldplay, Snow Patrol, The Fray, Arctic Monkeys, and COIN.

The seven-song EP includes the first single, “Doomed,” New Friends’ “take on the varied MuchMusic Dance Mix compilations from the 2000s,” says Conrad; la-la-loaded “Ricochet,” which he calls “our alternative rock-pop love child,” and the simple “no interpretation” pop song, “Waste My Time.” All three singles are part of the band’s self-discovery of a distinct sound after such instant, unexpected success.

“‘Purple Candy’ was our first song and was doing big numbers; we didn’t really have much time to soul-search musically and lyrically,” says Conrad of the 2018 single. “That’s the old us, still green and adolescent, soft and gentle, but the new songs have a lot of attitude we didn’t get to express earlier.”

“Ayden wrote ‘Purple Candy’ in his dorm room our first year at Fanshawe College for Music Industry Arts,” recounts Conrad, “but he’s not a singer or producer. He knew that Cole was interested in producing so he asked him to produce a demo of the song. The only person that performed thus far in the program was Stefan, so he sang it, and then we released it, and shortly after that we started working on more and more music.

“The first eight months it hit 100,000 streams very slowly, and the one day it got 7000 and it didn’t stop during the pandemic. It just kept going up and up. So between the very beginning of the pandemic to now it got 5.5 million streams and that was all organic. We made music in our dorm rooms and then moved out and made music in our living rooms instead.”

After graduating in 2020, with a degree and a band, their instructor Mike Roth, a former A&R exec, suggested New Friends enter 2021’s It’s Your Shot contest operated by his music industry colleague Derrick Ross at Slaight Music. They filled in the form, submitted a new song, “Coming Back For You,” and forgot about it, says Conrad. “Eight months passed and nothing, and then we got a phone call, ‘Remember that thing you submitted for?’ ‘No, sorry we submitted for so many.’ ‘Well, you won $100,000 in prizes.'”

New Friends had already recorded with producer Brad Delson, Grammy-winning guitarist of Linkin Park, and after the It’s Your Shot win, they were able to work with even more outside producers, including Finger Eleven drummer and Arnold Lanni protégé Steve Molella (Stuck On Planet Earth, Gus, Kayla Diamond), and TV/film composer Brian Rivlin. They also self-produced a couple of the songs, and co-wrote for the first time with a handful of outside writers. But mostly, it’s the four of them.

“When we’re in a room together and someone brings up a topic all of us have experienced in some way, we try and make it so that all our voices are heard in the lyrics,” says Conrad. “We all go through the same things, especially growing up. We want to tell our honest stories of really good moments and tough moments and put them in our songs.”

Even though it’s been a few years now since Stefan, Ayden, Cole, and Conrad really were new friends, the discovery has not ended.

“The name ‘New Friends’ was very simple at the beginning because none of us knew each other very well, but we kind of fell in love with learning about each other, with one thing holding us together, which was the band. Because of that one thing, we got locked down and we were forced to reveal our truths and our secrets.” 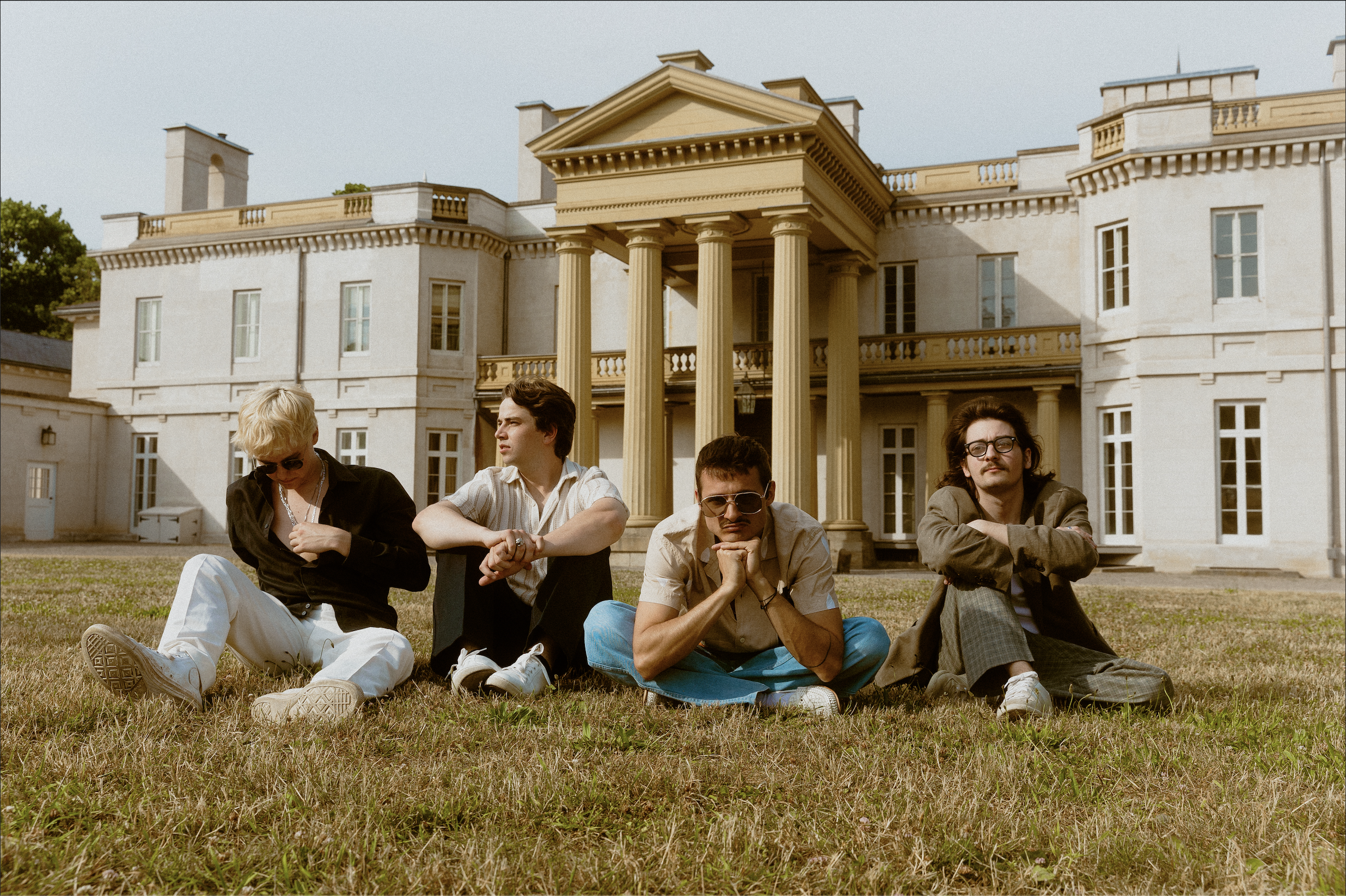 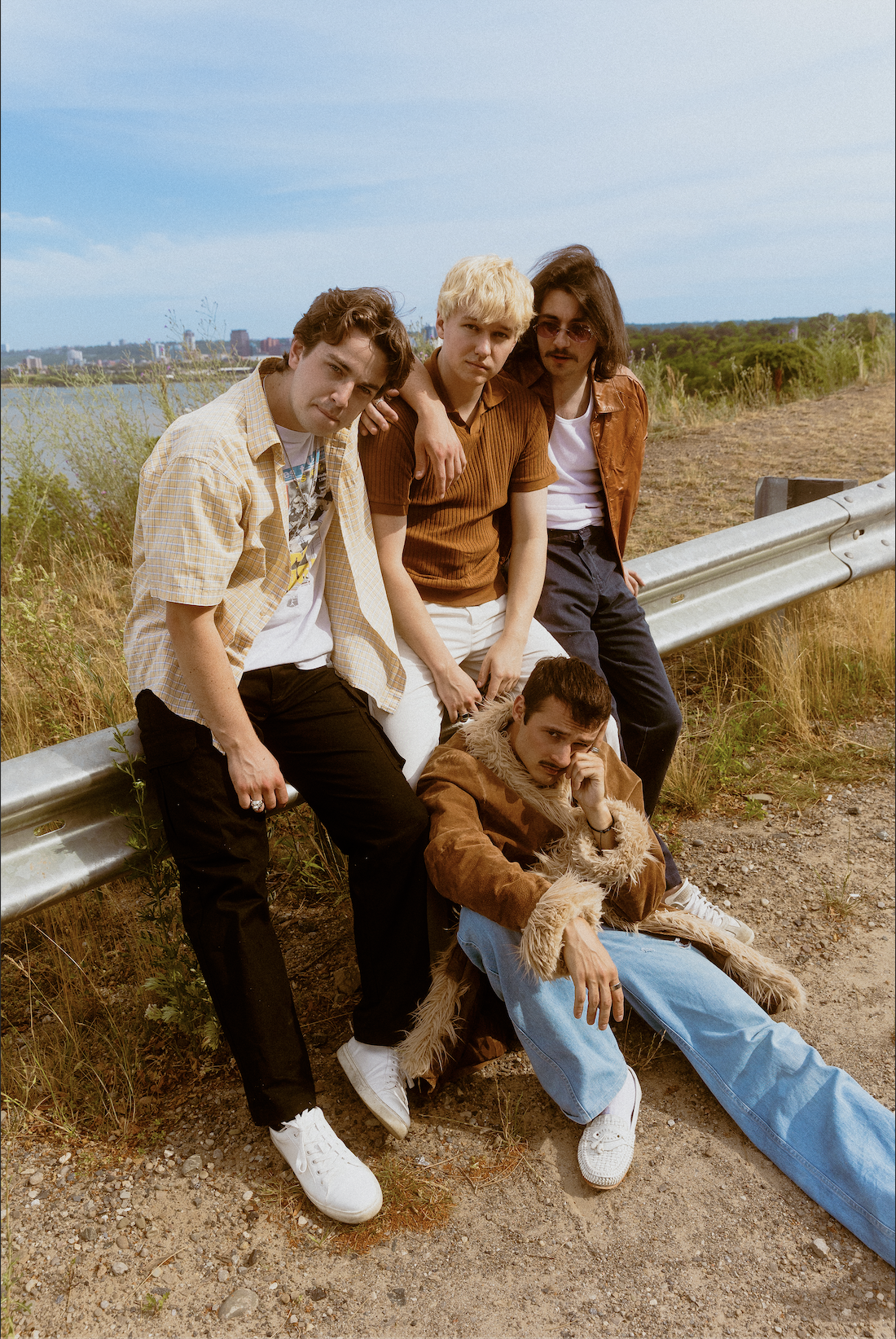 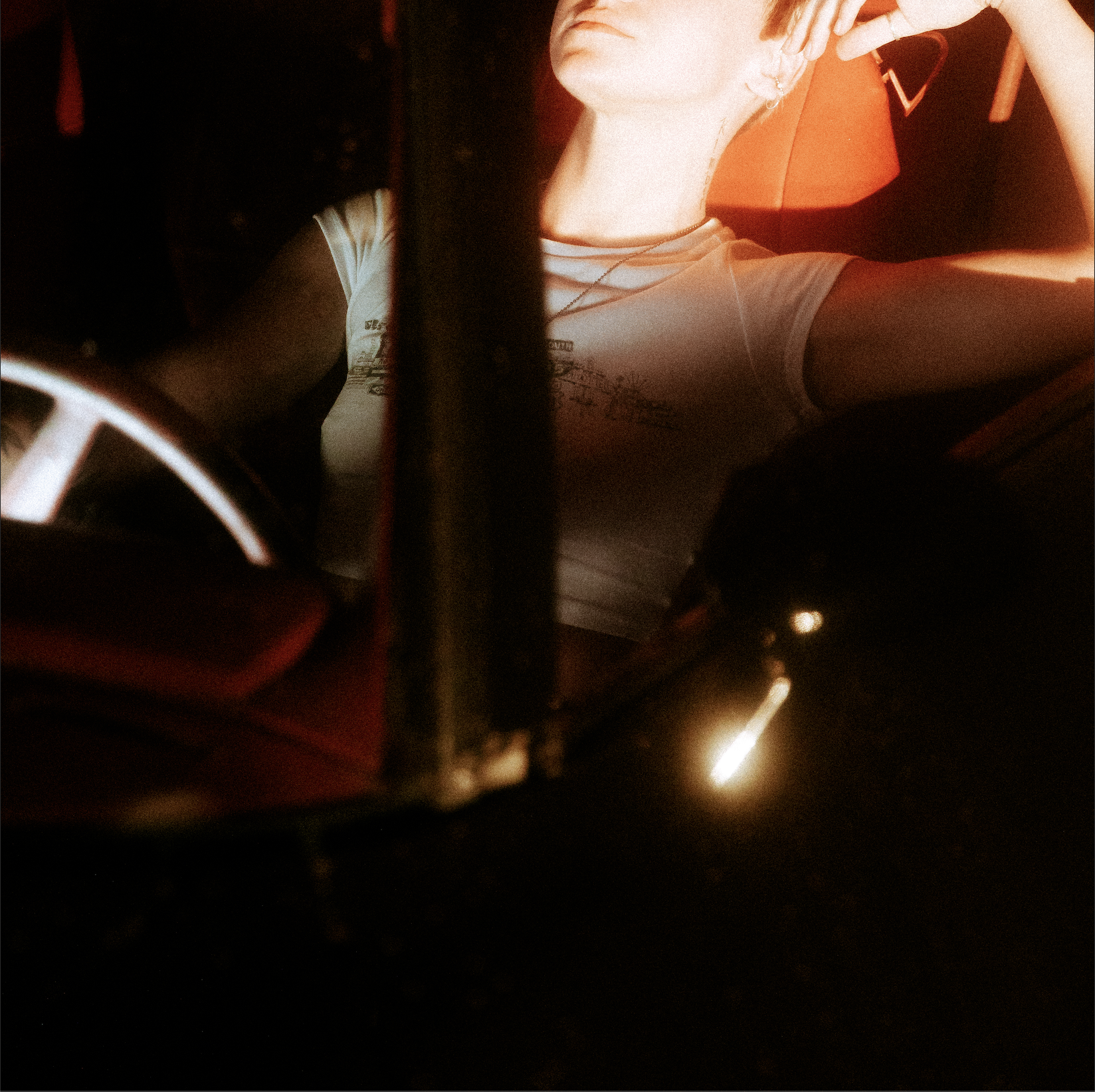