The Drew Thomson Foundation’s self-titled debut album follows a period of self-reflection and rectification to reveal surprising new sides of its songwriter. Produced by Alex Newport (At the Drive-In, City and Colour, Frank Turner) in his Los Angeles studio, its recording sessions found the Single Mothers frontman joined by bandmates and longtime collaborators to cultivate a collection of vulnerable lyrics into vivid, hook-laden anthems. Laying feelings bare on Thomson’s newfound sobriety, the death of a loved one, and pushing away people who he wants to keep closest, it welcomes listeners on his journey towards inner peace.

The past 12 months have seen The Drew Thomson Foundation share stages with Bob Mould, The Dirty Nil, and New Swears, but he’s just getting started. While the 2018 solo EP, Stay, first unveiled his contrasting musical directions, this album cites the influence of songwriters carrying on the tradition of folk storytelling regardless of their genre. From the heart-rending alt-country of Okkervil River to The Streets’ grime hip-hop finding pathos within life’s mundane moments, Thomson also points to Third Eye Blind’s sun-kissed melodies serving as a masquerade for the darkness underneath. There’s even a flicker of Rufus Wainwright’s orchestral torch songs on the violin, brass, and piano-draped reworking of Single Mothers’ “People Are Pets.”

The album’s first single “Break” paints a painfully real story of romance turning stale, as Thomson sings, “you need a break to know I’m the one for you.” However, he explains it’s not based on a relationship but instead looking inward, with the effort required to split from his past self to arrive as the person he is today. This theme is echoed on “Stay,” a song dedicated to the grandmother who raised him, whose death he tragically learned about moments before stepping onstage at the UK’s Reading and Leeds Festival. On its yearning chorus, he sings, “I wish you’d stayed around for a little while/Seen the changes that I would make/Yeah, I think that I would have made you proud/Of the person I became.”

Thomson credits this experience with snapping him out of a 10-year alcoholic spiral, battling his depression and the crippling anxiety of a life spent in front of crowds by drinking himself into oblivion. During a recording session, he recalls a moment when he was the only one in studio with a glass of wine and realized it had become a dependency. While his earlier songs included lyrics about getting “Bukowski drunk,” Thomson never intended to glorify drinking, instead aiming to satirize his own struggles. If that sarcastic skewering flew over fans’ heads, they can’t miss the point of this album’s “Pace Yourself,” a slowly swaying lament about becoming a “diet Coke and lime guy” to avoid “losing everything you’ve ever held dear”

“By drinking a decade away, I also pushed away a lot of people close to me,” he admits. “People had been telling me to quit for years and I never listened to them. You really have to want to get sober and believe it’s for the best. I don’t ask anyone else in the band to avoid drinking, but if I have one or two I slip back into that other world, so I just avoid it completely. It’s been a huge benefit. I write more, I work better, I’m less reactive, and easier to be around. I just have to handle self-doubt on my own. I don’t want to base everything I do around sobriety, but it’s been the biggest thing in my life lately, and made everything with the Foundation possible.”

Never one to shy away from sad songs or flawed characters, where he says he finds “a lot of romance,” Thomson’s lyrics tell the tales of troubled narrators who may or may not be himself. On opener “Karma,” he sings in first person as someone trying so hard to prove they fit in that their cocky overcompensation becomes obvious: “I’ve never been left out/I wouldn’t even know how.” The bouncing bass line of “Phone Ring” traces a conversation between two people stuck in a pattern of behaviour where “trouble feels safe,” while the cowbell-driven “Centerfold” finds him realizing he was “just the audience for your scream.” Returning to the theme of sobriety, “Barbed Wire” brings him and an unnamed partner in crime to a place “a long way from wasted” though he barely wastes a breath before admitting his own fallibility: “growing up’s got you down/well, you and me both.”

“Almost all of these songs started out on acoustic guitar in my bedroom, the same way I’ve been writing music since I was in grade seven,” says Thomson. “They’re more intimate and not something I’ve really shared this way before. Where Single Mothers songs can come from the perspective of a character that I play and put on, this band is more about who I am in my day-to-day life. It’s a lot more revealing of who I am now. I started playing music 10 years ago as a lost early 20s alcoholic. I’m now 33, sober, and still a mess but not quite a disaster.” 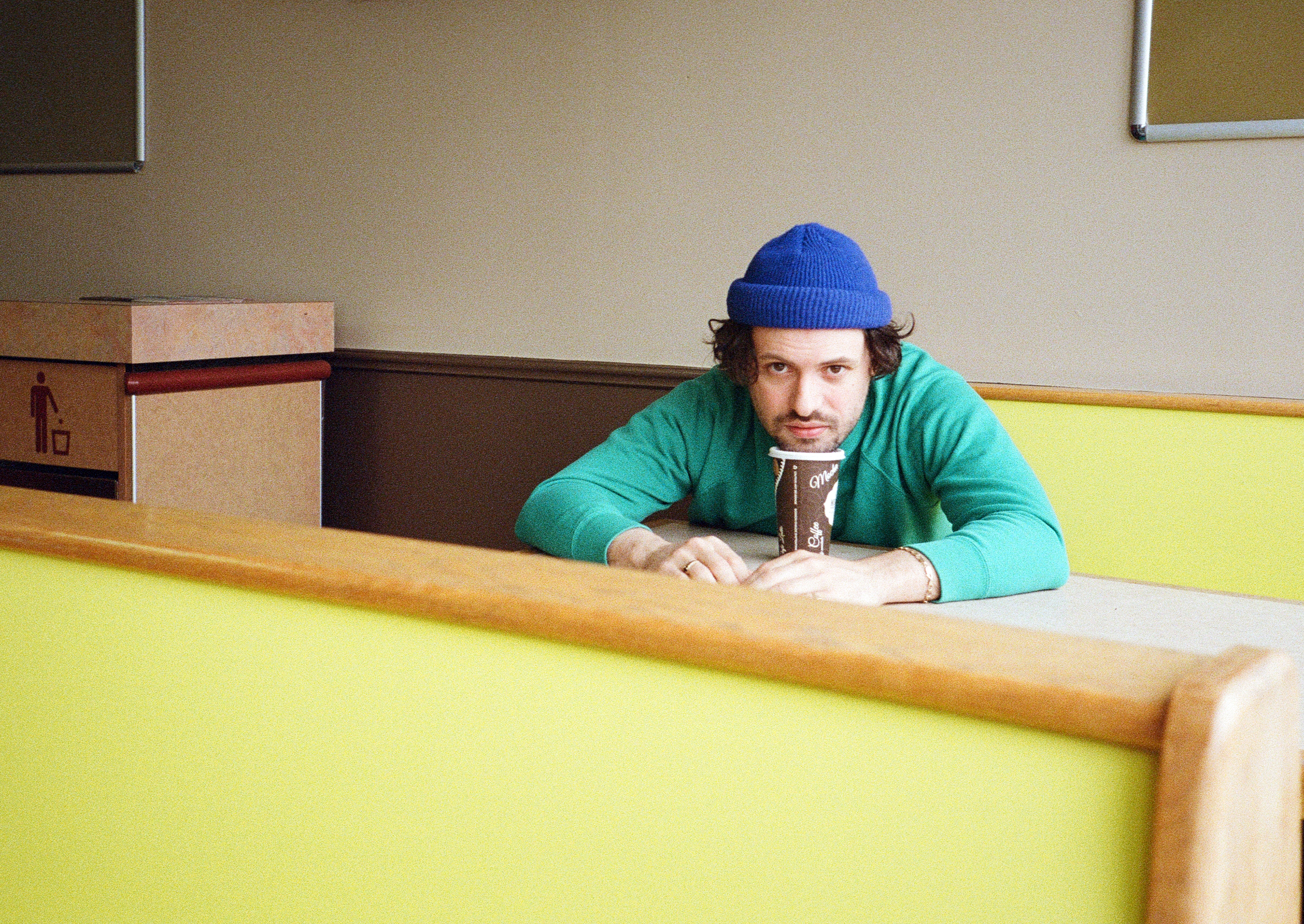 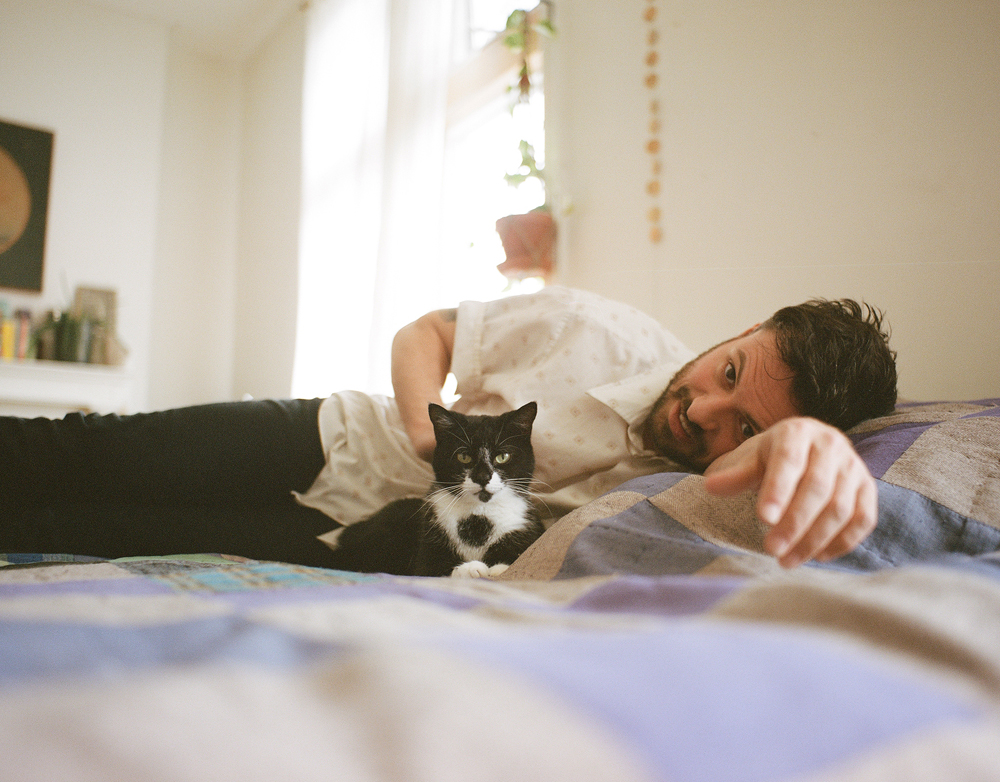 Watch The Drew Thomson Foundation’s video for “Stay” over at Ride the Tempo!

Adam White shares The Drew Thomson Foundation’s new video for “Pace Yourself,” directed by Vanessa Heins Photography, in the latest Some Party newsletter!

VIDEO PREMIERE: Indie88 have got your first watch of The Drew Thomson Foundation’s “Pace Yourself” visuals, directed by Vanessa Heins!

Check out The Alternative’s interview with The Drew Thomson Foundation!

Check out The Drew Thomson Foundation’s track-by-track guide to the new ‘Stay’ EP (out now via Dine Alone Records) over at PureGrainAudio.com!

Read Earbuddy’s 8/10 review of ‘Stay,’ the new EP from The Drew Thomson Foundation!

The awesome Adam White features the latest from Feel Alright and The Drew Thomson Foundation in the latest Some Party newsletter!

Hear some great tracks from Nyssa, The Drew Thomson Foundation, First Ghost, and Dante Matas in yesterday’s episode of No Filter Ottawa!