Searching For The Stranger, Ben Kunder’s vivid follow-up to 2018’s universally celebrated Better Human, neatly expands on his ability to soundtrack both the ordinary and the extraordinary in luminous detail.

Searching For The Stranger unveils something else about the Toronto indie-folk, singer/songwriter: his most authentic voice. That emergence ensures the 10 original new songs gathered on the album reflect a human — alternately and collectively an acclaimed musician, father of two sons, world traveller, cautious optimist — fully in control of his narrative and confident enough to let it roll, the results are positively electrifying, finding Kunder boldly exploring the outer limits of his creativity.

The sweeping and redolent “Berlin”, the first single to make its debut, foreshadowed the super-swift creation of Searching For The Stranger, which arrives barely a year after Better Human and just five years after Kunder’s mesmeric debut, 2015’s Golden. Though “Berlin” is the album’s lynchpin, it does not define it. Witness the softly propulsive, undulating, and decidedly sunnier “Stranger,” the album’s second single and a song buoyed by what sounds like a very harmonic squadron of vocalists (though really just Kunder, Aikins and overdubbing).

“I have really discovered my voice as an artist and more than ever before, I am trusting myself and my weirdness. Searching For The Stranger is not only about searching for something or someone different but about accepting that the strange and weird can be beautiful, too.” With every song starting in the studio, being built up by Kunder, in collaboration with either and sometimes both Aaron Goldstein and Chris Stringer, the songs were given room to breathe. Taking a less traditional route to the recording process, all of the instruments were played between the three of them, allowing for exploration of every idea for writing or instrumentation, focusing more on the process and finding joy in the studio, as opposed to a definite

end goal with a specific sound and energy. “At the same time,” Kunder says, “I didn’t really know I was going to make a record. It just kind of happened. I’m really proud of it.” 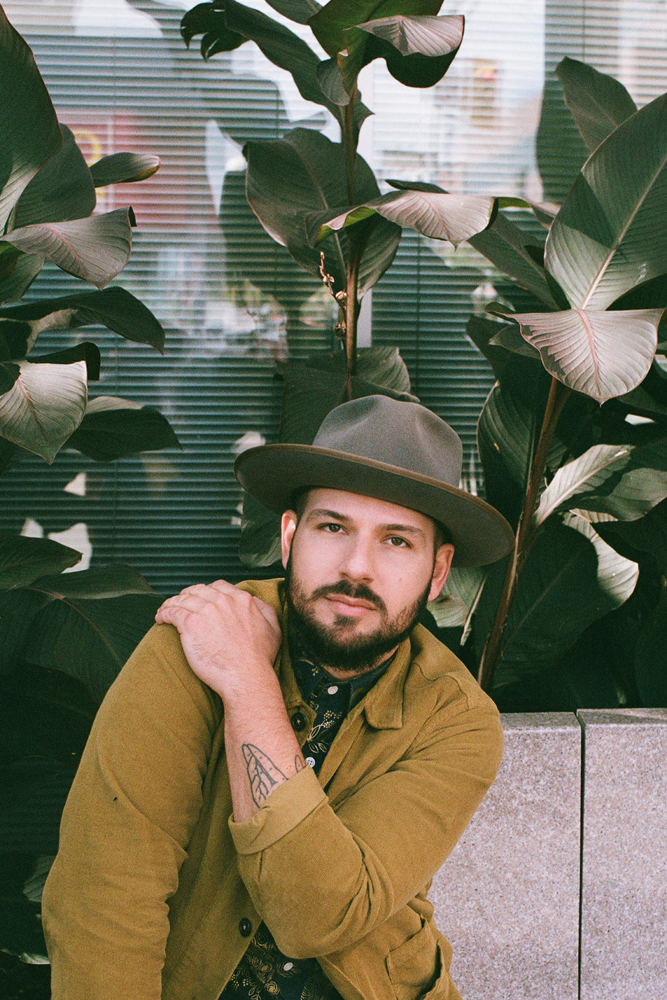