“Bought a dead man’s suit in Denver / Then I wore it onstage,” sings Altameda’s Troy Snaterse, his voice drifting out over a bed of slowly shifting piano and synth chords. “Got me thinking about impermanence / How everything dies with age.”

Like much of Altameda’s stunning new album, Born Losers, the line is at once simple and profound, a visceral snapshot of a moment in time that speaks to something far deeper about the human condition. Recorded with acclaimed producer Thomas D’Arcy (Neko Case, The Sheepdogs) and mixed by studio wiz Tucker Martine (My Morning Jacket, Whitney, REM), Born Losers is a meditation on change, loss, and growth, but more than that, it’s a reckoning with mortality, a call to live while we’re still alive. The band recorded the album after moving from Edmonton to Toronto, and Snaterse wrote much of the lyrics during a tumultuous stretch in which he nearly lost his father to a stroke, only to lose his 18-year-old stepbrother just weeks later in a tragic accident. The resulting emotional upheaval permeates the music in ways both painful and transcendent, with raw, candid performances often arriving wrapped inside gorgeous, gently atmospheric arrangements. Where past Altameda records showcased the sound of a rock and roll band cutting loose live in the studio, Born Losers is an exercise in craftsmanship and restraint, one that relies on subtlety over brute force as it learns to let go and fully embrace the present.

“My grandmother used to say, ‘Don’t go wishing your life away,'” Snaterse recalls. “I think what she meant is don’t spend so much time thinking about the future that you miss out on appreciating everything that’s happening in front of you right now. That’s what we tried to do with this album.”

Founded initially as a solo project for Snaterse, Altameda quickly found their stride as a hard-touring four-piece and garnered early acclaim with the release of their 2016 full-length debut, Dirty Rain. Dates with the likes of Sam Roberts Band, The Trews, Dan Mangan, and SUSTO followed, as did an even more ambitious 2019 sophomore effort, Time Hasn’t Changed You, which was met with continued praise on both sides of the Atlantic. Exclaim! hailed the group’s music as “the perfect summer soundtrack,” while Rolling Stone Germany swooned for their mix of “country bliss” and “pub-rock enthusiasm,” and the CBC’s Grant Lawrence proclaimed them “the best Canadian band I have heard in a while.” As the group’s profile grew, so too did the pull of Toronto, and by the end of 2019, Snaterse and drummer Erik Grice were ready to take a leap of faith and move east. The pair’s bandmates, however, had grown weary of life on the road after years of nonstop touring, and it soon became clear that an amicable parting of ways was inevitable.

“Our time in Edmonton was essential to shaping our identity,” explains Grice. “Being so far removed from the industry allowed us to approach everything with a bit more innocence, which I think took a lot of pressure off and allowed us to really find ourselves, but there comes a point where you need to broaden your scope and take on new challenges if you want to keep growing.”

Snaterse headed to Toronto first in early 2020 with plans for Grice to follow soon after. Instead, the COVID-19 pandemic brought the entire music industry to a grinding halt. Stuck 2,000 miles apart and forced to cancel a planned recording session with Martine due to the closing of the American border, Snaterse and Grice began collaborating remotely, trading song ideas online as they reimagined what the album—and the band—could be.

“We ended up with three or four extra months to just keep writing,” recalls Grice. “It wasn’t something we’d planned on, but some of those songs we came up with during that period ended up changing the whole direction of the record.”

By the time summer rolled around, Grice was finally able to join Snaterse in Toronto, and the pair headed into the studio with D’Arcy to begin recording what would become Born Losers. While the duo fleshed out much of the music themselves, COVID protocols demanded they farm out certain parts to remote collaborators—including saxophonist Joseph Shabason (Destroyer, The War on Drugs) and string arranger Drew Jurecka (Bahamas, Dua Lipa)—who would track at their own respective studios.

“The process of working with people remotely freed up a lot of time for us to explore and experiment with our own sounds and textures,” explains Grice. “Having the chance to take risks and not be afraid to fail turned out to be a really beautiful thing.”

Working as a duo instead of a four-piece also transformed the band’s sound, freeing them up to reimagine their identity beyond the confines of their live show.

“When you’re in a band that’s touring all the time, it’s easy to get drawn toward the heavier, louder, rockier side of things because that’s what you need to cut through the noise some nights,” says Snaterse. “With just the two of us this time around and no performances for months, I felt like we could dig more into the nuances and dynamics and push ourselves to new heights creatively.”

Those creative ambitions assert themselves early on Born Losers, which opens with Snaterse ruminating on that thrift store suit he bought in Denver. Who had it belonged to? What happened to him? What happens to any of us? Building from a hushed whisper into a lushly orchestrated waltz, “Dead Man’s Suit” lays the groundwork for much of what’s to come, searching for meaning in the mundane as it contemplates the transient nature of our existence. The soulful “Sweet Susie,” for instance, wrestles with powers that lay beyond our control before eventually finding peace in making the most of what little we actually can dictate. “You can blame it on all the cold clouds above,” Snaterse sings atop a slow burning groove. “Through the hate you’ve gotta find love.” The country-tinged “Wheel Of Love,” meanwhile, embraces the light and warmth of friendship as a respite from the cruel realities of the modern world, with Snaterse breezily proclaiming, “When you feel you’ve had enough / Turn that wheel of love.” Sometimes, however, there’s nowhere left to turn and the pain finally catches up with you, as it does on the explosive “Everybody’s Gotta Bleed.”

“That song came out of the juxtaposition of my dad getting this second chance and recovering from his stroke and my stepbrother’s life being cut so short immediately afterwards, which left me in a really strange state,” explains Snaterse. “I found myself thinking a lot about fate and the ways we try to make sense of our suffering even though there’s rarely any sense to be found.”

Altameda’s songs often respond to chaos and helplessness by searching for escape. The sparkling “Neon (& That’s Why),” for example, envisions a better life someplace more exciting, someplace where two lovers can get away from their humdrum realities and finally become who they were always meant to be. The driving “Nightmare Town,” on the other hand, mixes the exuberance of The Hold Steady and nihilism of Springsteen’s Nebraska as it paints a far darker portrait of escape as a destructive impulse. “I know it was a joke but something was going through my head / About the power of the gun and what I could do with it,” Snaterse sings over a relentless snare and swelling organ. “Baby let’s burn it down / I can’t stand the sound / Of this nightmare town.” Elsewhere, the songs’ narrators respond by planting their roots even more firmly in the ground: the slow-burning “Just Me & You” finds closeness in the wake of shared loss, while the amiable “I’m Here For You” pledges support in the face of hardship, and wistful closer “In Time, They Say” works to let go of expectation and desire and find contentment in the present.

“When you’re making music, there’s no promise of anything working out the way you hope it will,” says Snaterse. “You just have to love the process and learn to stay excited and invigorated by the adventure instead of spending your time obsessing about the future and the fragility of it all.”

Nothing lasts forever, but if you’re lucky, you might leave something behind that carries your memory on long after you’re dead: a suit, a song, a bit of wisdom. Life is short. Don’t go wishing it away. 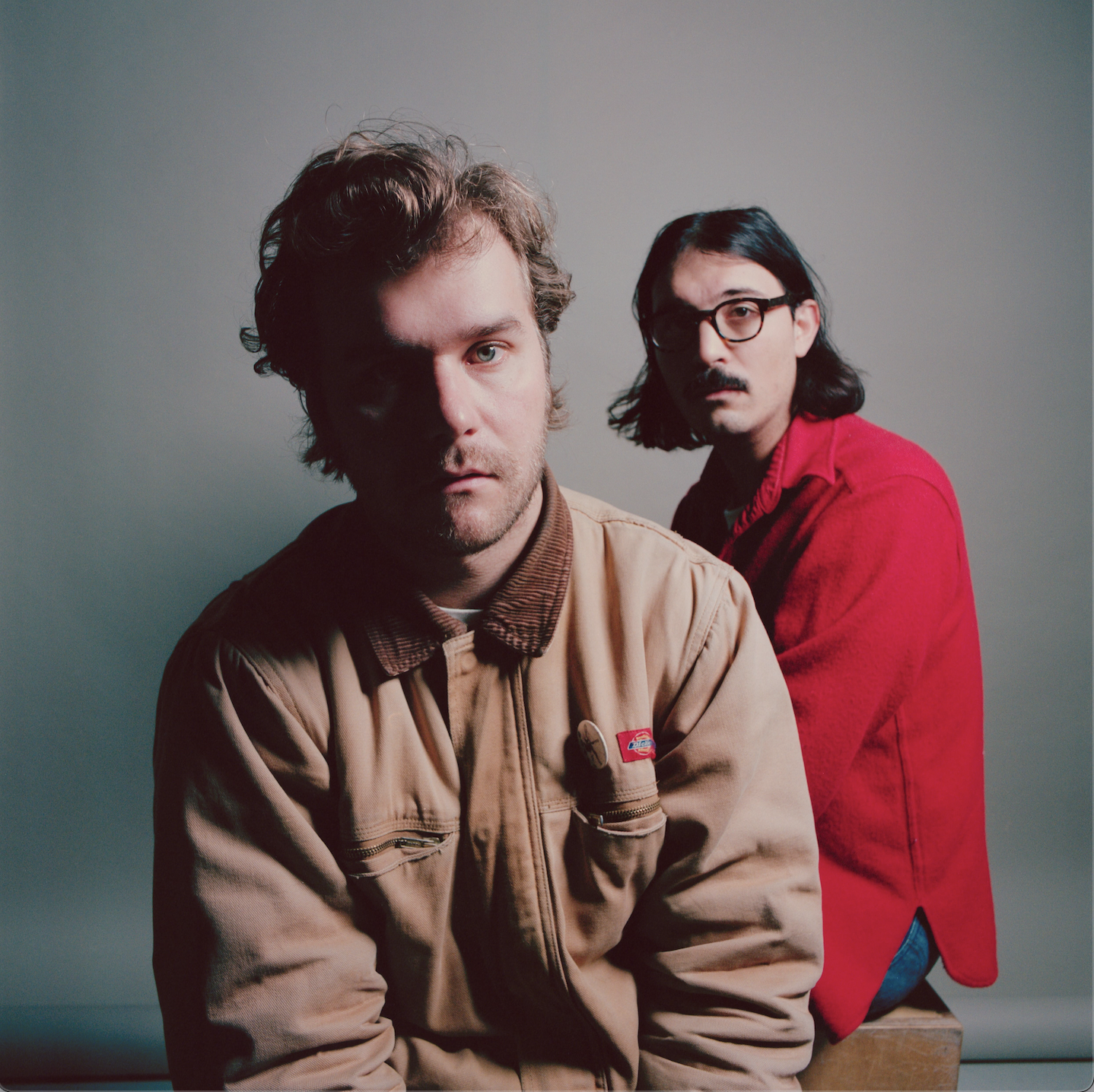 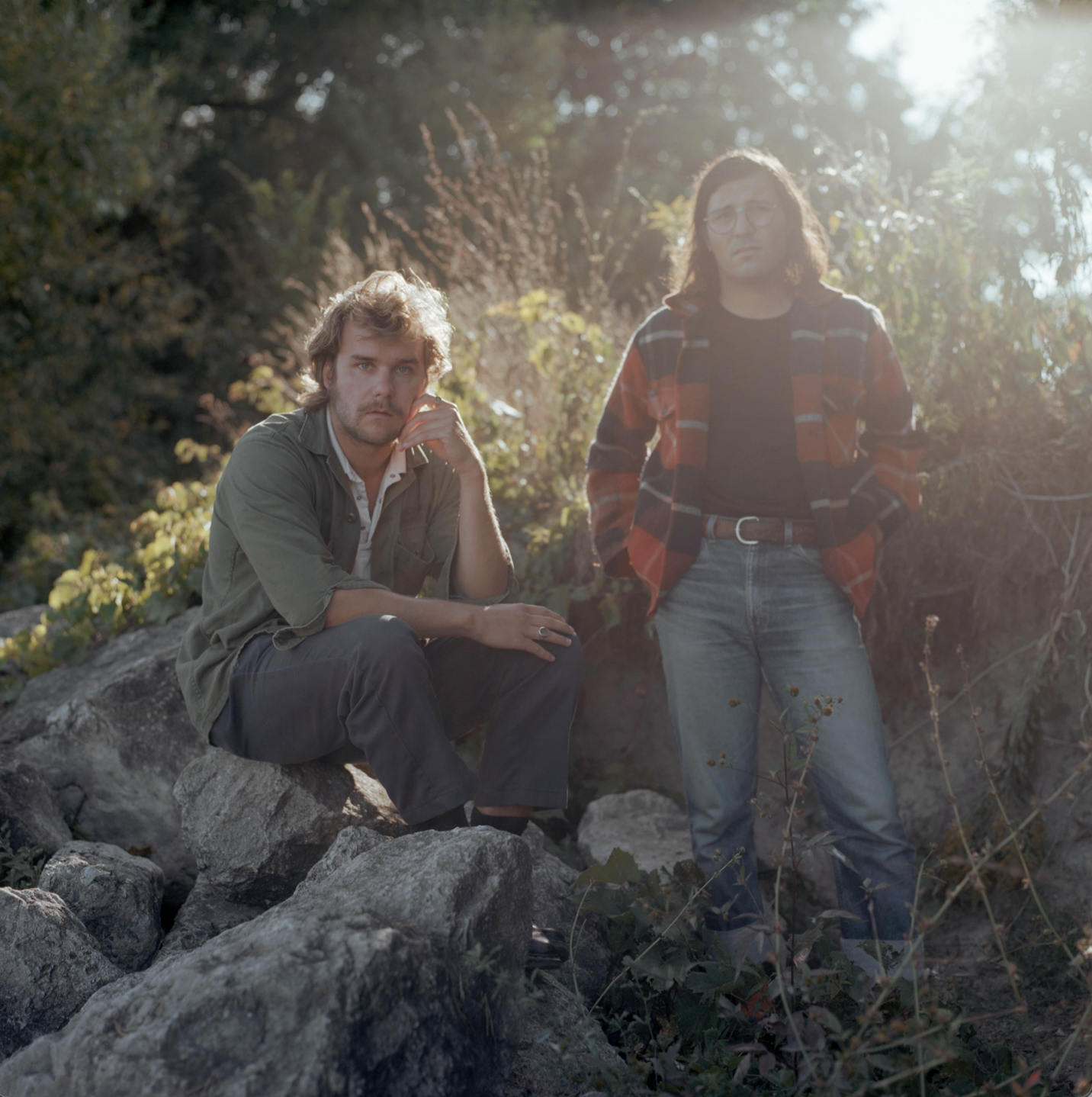