Endless, the second album from Hamilton, Ontario duo Allegories, invites all sorts of allegories. It’s a phoenix rising from the ashes, a zombie hand rising out of a forgotten gravesite, the Halley’s Comet of Canadian underground electronica. Sure, these descriptions might sound a little overly dramatic. But then, it’s not every day that a long-dormant experimental noise project that was barely together in the first place reappears without warning after an extended absence, reborn as an elite electronic-pop outfit intent on burrowing into your subconscious and unearthing deep-seated memories of a time when we could congregate in festival dance tents and basement discotheques without worrying if the sweaty bodies rubbing against you were giving a communicable disease.

As the old saying goes, you have your whole life to write your first album and only six months to write your second. Allegories, however, opted to take a good 13 years to deliver their sophomore release. But then, that delay amounts to a relative blip in a musical partnership that’s been a lifetime in the making. Friends since childhood, Adam Bentley and Jordan Mitchell have long indulged in unconventional musical pursuits; as Bentley recounts, “in the first band we ever had in high school, our idea was to make one 50-minute song. I think we got up to like 12 minutes, and then the band broke up.” Even after they founded their anthemic indie-rock ensemble The Rest at the height of the post-Arcade Fire boom, they embraced any opportunity to indulge their more outré inclinations. In 2007, they received an invite to contribute some freeform pieces to Hamilton noise guru David Payne’s Terror Tapes cassette series, and from the ensuing tangle of wires, pawn-shop organs, and effects pedals, Allegories was born. Their enthusiasm over the results would spawn their (now long lost) 2008 debut album Surreal Auteur, which was an attempt, says Bentley, “to turn those improvs into pop songs by adding all these Beach Boys layers.”

But then, a lot of life got in the way. The Rest became a more active concern, receiving national airplay on CBC Radio and tour offers. And while that band eventually ran out of steam in 2013, Bentley was already busy establishing himself as a one-man Hamilton music industry, serving as a publicist, producer, and promoter for local indie acts. Bentley and Mitchell built a recording studio in Bentley’s backyard where the two have recorded and mixed bands like The Dirty Nil, Basement Revolver and Single Mothers. Throughout it all, Allegories found a way to slowly creep back into their lives, if only as a private amusement to squeeze in between Bentley’s music-biz gigs and Mitchell’s hectic life owning and operating a restaurant. “When The Rest ended,” Bentley recalls, “we thought, ‘why wouldn’t we just make music like this the whole time, because this is definitely the most fulfilling project we’ve ever done.” Starting in 2014, the duo began writing and recording with no clear destination in mind, dabbling in everything from neoclassical compositions to rap tracks. An early breakthrough arrived in the form of “Funny Way,” a gauzy, weightless ballad that sounds like a So-era Peter Gabriel standard trapped inside an M83 synthgaze haze.

Seven years later, “Funny Way” serves as Endless’ emotional anchor amid the record’s roiling soundscapes. But it very nearly didn’t make the cut, because at the time of its creation, Allegories still had no idea what kind of record they wanted to make. “That song almost threw us in a completely wrong direction,” Bentley says. “We started writing more standard pop songs, and I don’t think that’s ever been our strength. I think we get bored of ourselves pretty quickly.” That restless exploratory impulse would lead to Bentley and Mitchell DJing house and hip-hop nights around town, an experience that ultimately pushed Allegories in a dancier direction. “We were making these collagey songs,” Mitchell says, “but we both got more interested in house music and started making songs that were more connected to what we were doing when we DJed.” Bentley adds, “We made a rule: no guitars. Everything had to come from a beat-oriented place.”

But beyond providing Allegories with an aesthetic focus, the duo’s DJ nights also yielded crucial field research. “We started seeing what people were moving to and what didn’t work, and most importantly, what songs they didn’t know but that they would still dance to,” Bentley says. “You could get somebody to dance to a Kanye West song, no problem. But when the obscure stuff would work and still get people dancing—that’s when I was really paying attention. That really informed the beginning periods of this album. Originally, we thought this was going to be a pure house record—and ‘Funny Way’ was not going to be on it. But then two years passed, and we had a big chunk of time where we were working on a lot of other people’s music, and when we came back to Allegories, I didn’t want to make just a house record anymore. I wanted to manipulate sounds and samples—so the album ultimately formed around those two ideas.”

At the outset, Endless might trick you into thinking it’s a straight-forward dance record. Condensing several decades of synth-pop classics—from New Order’s “Temptation” to The Knife’s “Heartbeats”—into three-and-a-half minutes of bliss, the opening “Constant” wraps its loving arms around you like a molly-addled finance bro having a spiritual epiphany in the muddy fields of Glastonbury. But Allegories’ inherent eccentricities gradually reveal themselves: As the LCD-illuminated “Pray” reaches its strobe-lit fever pitch, Bentley delivers the song’s most serious sentiment— “can’t you see my heart is breaking in two!”—in a bizarre, over-the-top, pitch-shifted exhortation that would make Future Islands’ Sam T. Herring proud. “There are these sort of cliched lines throughout the record that were maybe supposed to be placeholders,” Bentley admits, “and then you figure out a way to make them a little bit more interesting by taking them in more of a skewed direction.”

But even as Endless pulls inspiration from the entire history of electronic music and across the over/underground spectrum, Allegories’ Hamilton roots are never far from the surface. On “It’s A Parade,” the duo forge metaphysical connections to two local experimental-music icons from different eras—where the song’s fusion of the pastoral and hyperactive beat collage harks back to Caribou’s mid-2000s masterworks and to the proto-punk psychedelia of Simply Saucer. The strange voice and fragments of acoustic guitar chords lurking in the mix were inspired by a little studio serendipity. “I was highlighting something in ProTools ,” Mitchell recalls,” and looped it by accident. But I was like, ‘Oh my god, this is awesome!’”

“That song was close to not making it, because it was originally a fairly standard pop song,” Bentley reveals. “The track got pretty wild at the end—it got all cut up with all these samples of ourselves. A lot of the samples in that song are from earlier versions of the song that no longer exist.”

After spending the better part of a decade winnowing down some 35 song ideas into the airtight nine-track set we have today, Allegories were willing to wait a little longer—eight months to be exact—to secure the expert mastering services of Junior Boys’ ever-busy Jeremy Greenspan (whose soulful, emotionally vulnerable style of electronic pop no doubt proved highly influential on Endless highlights like “Always True” and “Sentimental Hogwash”). On top of selling Allegories on the benefits of adding bongos, Greenspan is credited with bringing a greater sense of cohesion to a record that begins with the endorphin rush of “Constant” but ends with the chilling, James Blake-via-Amnesiac piano piece “Ectopic,” a track that Mitchell says, “sets up what we’re doing now. I like taking out the instrument that the song is leaning on, and seeing what happens. When the piano drops out, we were both like, ‘Oh, that’s super cool how the song is floating in this hole for a second.’”

“It’s like a bridge to where we’re potentially working,” Bentley says of the song. “Though not everything’s going to be this minimal—I think we’re definitely maximalists at heart.”

Wherever Allegories are headed, the duo assure us that it won’t be another 13 years before we hear the results—writing for the next record is already well underway. But when reflecting on Endless’ gestation and the seeming absurdity of releasing an album with songs dating back to 2014 amidst the ever-shifting musical tides of 2021, Mitchell isn’t too concerned about Allegories’ timing. As he reasons: “I think the good thing about this record is it barely makes sense at any point in time!” 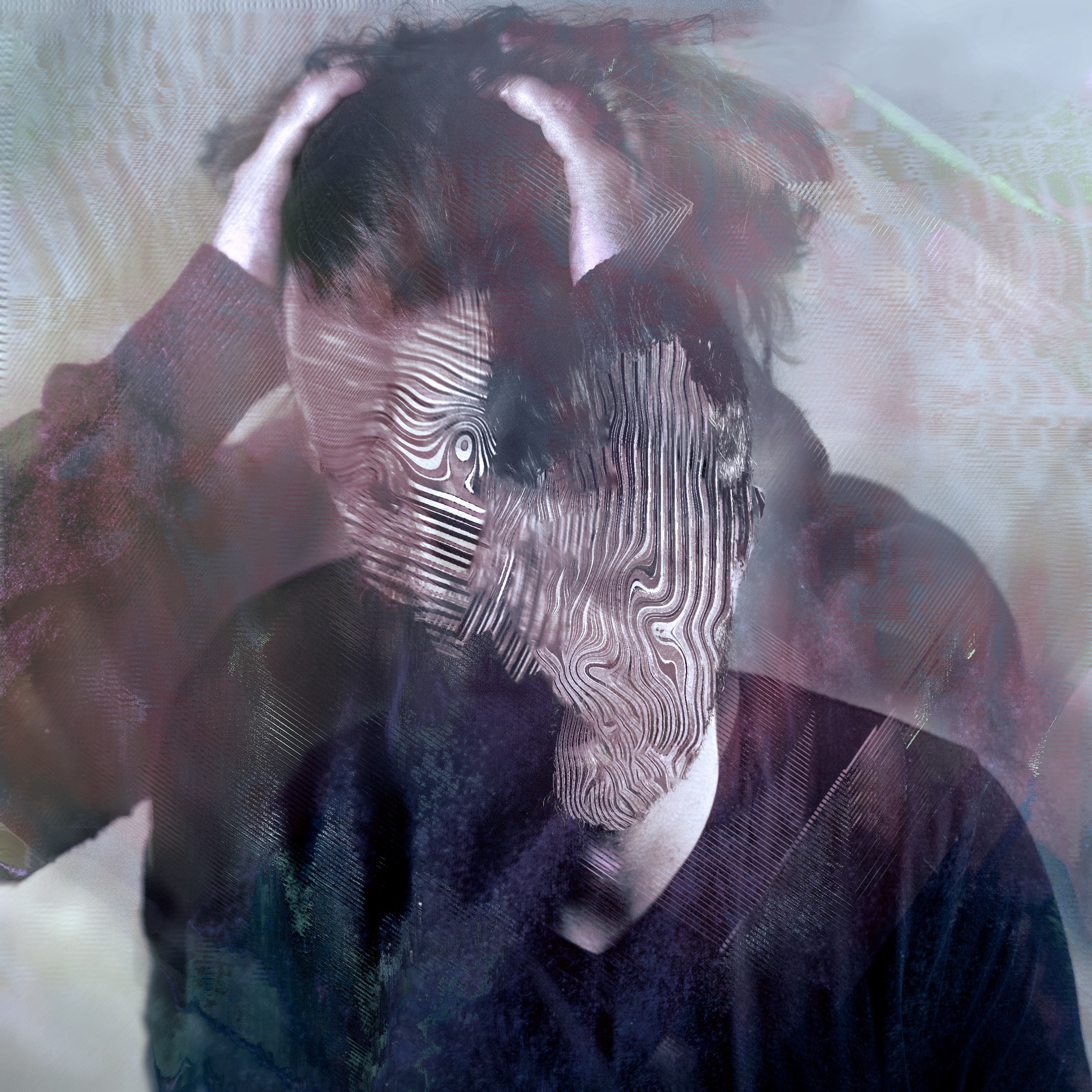 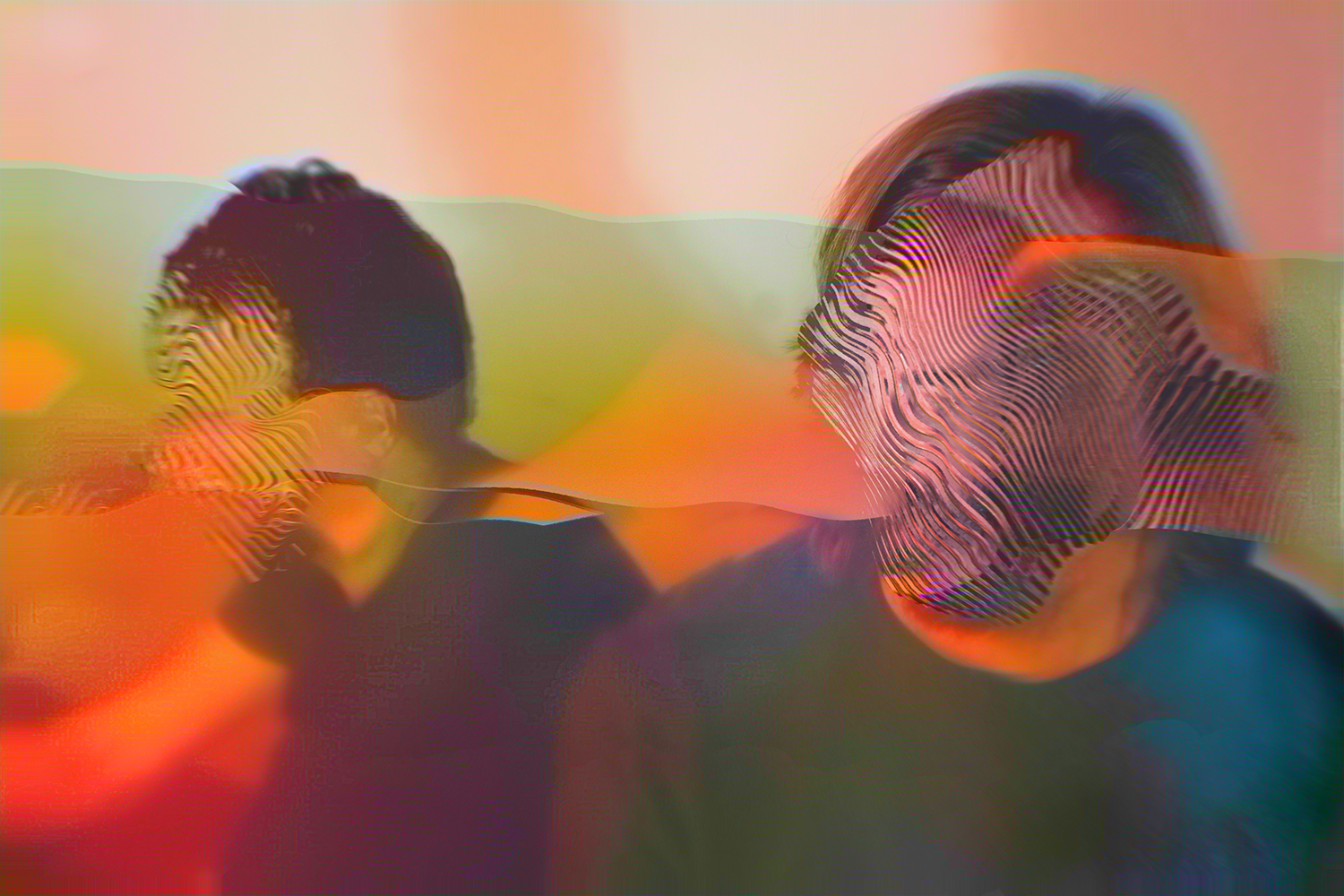