Fantasy and science-fiction are often treated as an escape from reality, but in the heart of those fantastic worlds lie prescient truths about our world. On the other side of that coin, some of the world’s greatest aesthetic beauty comes in the form of raw science. The new album from Birmingham, Alabama’s WRAY vibrates at the intersection of those dichotomies and others—hope and pessimism, wild and composed, joy and pain. There is no light without dark, no dark without light, a concept which birthed the dual record Stream of Youth / Blank World.

“A lot of people hang on to the idea that we can have some kind of utopia some day, that human beings will evolve to a pure state. But if the human race could start over, would things look any different?” says bassist/vocalist David Brown. Along with bandmates Blake Wimberly (drums) and David Swatzell (guitars/vocals), Brown felt fueled by their status in a blue city in a red state, in the American south with its morally complex past, in a modernity fueled by conflict and difference. Though they only planned on recording a pair of songs, they came away with a full album, but one separated into two clear halves: Stream of Youth holds the record’s hopeful tracks, while Blank World comprises the fatalistic songs.

But even with that clear dividing line, WRAY’s heady musicianship and clever songwriting render their takes on optimism and darkness far more nuanced than that may seem. That multifaceted approach has brought the trio praise in outlets ranging from The New York Times to The Wall Street Journal dating back to their 2014 self-titled debut. Sophomore LP Hypatia dropped just two years later,  inspired by the titular female 4th Century scientist/philosopher/mathematician and driving a vibrant, thoughtful path through New Wave, Krautrock, shoegaze, and postpunk.

The massive leap on Stream of Youth / Blank World is evident from a single glance at the cover art. While WRAY’s first two records featured abstract imagery, the new record’s pair of Boris Vallejo paintings showcase the expressive, expansive duality. A Peruvian painter known for sword and sorcery artwork in the vein of Tarzan and Conan the Barbarian, Vallejo is a legend in the fantasy world. Brown grew up collecting trading cards with his artwork, and happened upon a shoebox full while working on the record—and immediately knew it would be perfect for WRAY’s latest. “I reached out to Boris back in 2016 for a single image, before we knew it’d be a split album,” he explains. “The color palette is super moody, with a lot of dark grays, dark blues, and pinks. It was something new to explore, looking at that imagery, I used it to help tell the story of our record.”

The album’s long gestation and the life changes the band members underwent in that time influenced its complex conceptual push-and-pull as well. “We started working on this album in 2016, and since then my wife and I have had a child, Blake moved to Chicago, and Swatzell joined a second band—Unwed Sailor,” Brown explains. WRAY self-produced the album at the home studio of label Communicating Vessels in the Birmingham suburb of Woodlawn, experimenting, writing and recording at their own pace. But despite being released almost four years since they began recording, the cohesive Stream of Youth / Blank World tells a grand story across its halves.

“When we started this project, it was just about exploring repetition—which is something that runs throughout Krautrock, techno, and even ambient music,” Brown explains. “One of us would go into the studio for a few days to work out and write synth parts, percussion lines, or guitar layers, and we had a lot of room to let it all breathe.” That sense of space is particularly evocative on album opener “Jogging”, Wimberly’s floor tom smack unlocking the door to a new world. The interlocking synth lines and delayed guitar feel stretched through a wormhole, as the rippling, straight-ahead drums and bass push constantly ahead. “Escape, escape, escape,” Brown repeats in a rough-hewn voice, while a falsetto joins in on the constancy: “We were trying to/ We were looking to.”

The track eventually explodes into a celestial atmospheric blur, the escape that the song calls for produced in a dazzling illumination—continued on the equally ecstatic “Neon Forming”. That refusal to play by any genre rules for even a single track is a hallmark of WRAY’s experimental streak. “On the outside, I could totally see that Alabama would seem like a strange place for this kind of music,” Brown says. “But Anglophile and New Wave music clearly had an influence in the South, with Big Star coming just a few hours north of us. Our sound captures the moodiness and contradictions of Birmingham—the scenery is beautiful, but it’s also super industrial.” That diversity manifests in the trio’s time even outside of WRAY: in addition to Swatzell’s time in Unwed Sailor, Wimberly produces his own techno music, while Brown has released solo ambient material.

The fantasy world of the two Boris Vallejo paintings captures not only the music, but the listener experience as well. On the record’s first half, the women on the cover look out together at the grandiose world ahead; and as WRAY delve deeper into the album, it’s second half finds a lone warrior sitting, contemplating. No matter how far apart these two worlds may seem, they remain interconnected, looking out at the same skyline. “We didn’t know what was going to happen, but we had the time to make something more organic than we have before,” Brown explains. “We were able to tap into a more esoteric place—fully aware of the dichotomies that surround us.” 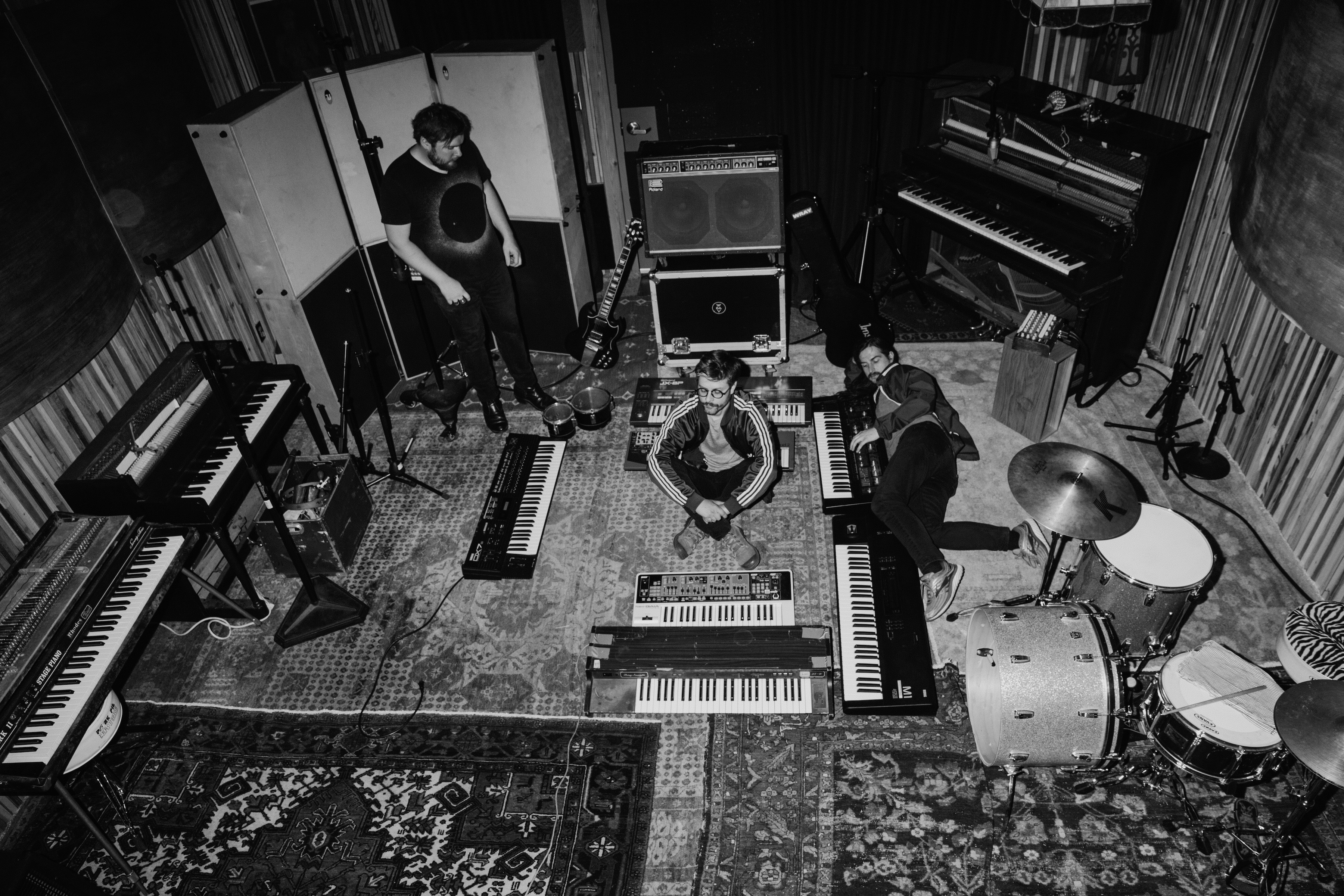