Theo Tams has reached the stature of a bona fide music veteran by now, but he’s also at the beginning of something new.

The Canadian singer, songwriter, and performer has been playing since his teens and releasing music for the past 15 years. He has three albums and three EPs to his credit, along with a formidable collection of singles and…oh yeah, that championship run on the sixth season of Canadian Idol in 2008. Tams has put together a body of work that’s substantial and diverse. It speaks of an artist whose mission is growth and adventure — building upon his proverbial laurels, rather than sitting on them.

With each step, Tams has made a stride forward, and sometimes even further. That’s certainly been true of the past few years, particularly with the series of three-song Trilogy EPs he’s embarked on, with the third just arriving and taking him into even more new sonic and lyrical terrain.

“I think I’ve just gotten a lot more unapologetic in the process,” Tams, who lives in Toronto with his partner and their 11-year-old daughter, explains. “The biggest thing I notice when I listen back to the music that I’ve released before is I had no clue who I was or what I stood for. I really was just trying to check the boxes of what I thought made an artist, realizing that by doing that I wasn’t checking any of them. I was living up to this veneer, this shiny, perfect kind of image I felt like I created, and I don’t think that’s life. Life is messy and it’s hard, no matter who you are or where you’re from or what your background is.

“That’s what my music needed to reflect for me to really feel like an artist. So my whole new approach in music has been an exercise of saying ‘yes’ and allowing myself to do whatever I think is right.”

Rest assured that Trilogy III and its tracks — “I Could Be Hot,” “Tongue Tied,” and the fan-yourself-hot “FBG” with rapper Karma Rivera — are further evolutions in that pursuit of artistry, next steps on a journey without parameters. But to understand where he’s going, it’s important to know where Tams has been until now.

Born and raised in the small town of Coaldale in southern Alberta, Tams was raised in a strict Christian household, learning to sing in church (two services on Sundays), with a family that was steeped in music. He began writing poetry and prose pieces as a teenager, gradually moving towards songwriting influenced by the likes of Jewel, as well as confessional Canadian storytellers such as Sarah McLachlan, Alanis Morissette, Sarah Harmer, and Sarah Slean.

He studied classical music and psychology at the University of Lethbridge but took a leave to focus on music. His first, self-released EP, UNEXPECTED, came out in 2005, and three years later he was on Canadian Idol, singing (and piano-playing) his way to a win that included a finale performance of his original track, “Sing.” Idol gave Tams a platform, but it also created something of a trap. “I felt like I was edited into this small town, family-friendly, very PG kind of thing that wasn’t…real,” he says now. He did come out to his family, a decision that was difficult and led to a rough patch, which healed over time. More challenging was the disconnect between his true ambitions and the music he was making, which led him into a sinkhole of addiction as a coping mechanism. “My drug of choice was drinking. I was just a big boozer — and a self-righteous one at that,” says Tams, who reckons he was up to five or six bottles of wine a day, “if not more.” He did begin to reveal some of his deeper concerns on Call the Doctor in 2018, but after “a series of rock bottom moments over the last two years of my drinking,” he took the plunge of “spontaneous sobriety” in 2020, declaring himself finished and falling out for therapy that made a world of difference in his healing, and in Tams’ resolve.

“I don’t think I started using the word ‘sober’ until three months later, ’cause I was so scared I was gonna drink again,” he confesses. He outlined that struggle in “One Last Chance,” a December 2021 single in which he declared, “I raise my glass/and pour out the past/Smash it on the floor/Don’t want this no more.” “That song felt like a defining moment in this new path ahead — or at least the hope of it,” Tams says.

His aim has stayed true. From “Therapy” on Trilogy I through his latest material, Tams has been setting his own creative agenda on his own terms. “I feel like there’s clarity and a confidence and an unapologeticness that I try to carry myself with,” he explains. “I’m also very aware that I feel this kind of cloud of anxiety, which I’ve learned to deal with and carry with me. I think I channel that into my music now, rather than try to contain it at the bottom of a bottle.”

The Trilogies have also brought Tams into contemporary soundscapes, working with collaborators such as Marty Martino and Ally Souto create smooth, buttery, soulful flows that give him plenty of room to exorcise his heart and mind. “I thought I was always going to be the artist that sat behind the piano and sang these very heartbreaking songs. I thought that’s what I did,” he says. “But when we’re talking about my influences, I’m so influenced by Tracy Chapman, Lauryn Hill, old school Craig David, Bob Marley. I started to hone into those more soulful, R&B influences a little bit and allow myself to do it.”

Trilogy III kicks off with “I Could Be Hot,” Tams’ “angry love letter to the music industry, a coming to terms with the state of a business that’s developed into playlists, algorithms and low-paying stream rates at the expense of artistry. “I was just feeling sorry for myself,” Tams says. “I feel like songs and musical talent are being slept on, and I just wanted to write a tune about it.” He wrote the spare and spirited “Tongue Tied” after he and his partner got engaged during the fall of 2020, and about the complexities the relationship presented to his family in particular. He now reports it’s one of his mother’s favourite songs.

“FBG,” meanwhile, is a testament to self-awareness and personal growth, declaring that “I ain’t got time to play the games that you’re so proud of.” “It’s been very important to me that I don’t want to be known as a gay artist. I want to be known as an artist,” Tams says. “With that said, there are certain compromises I’m not willing to make. I wanted to be really, really bold and kind of allow for the space for this kind of anthem.”

More of that forthright, fearless music is to come, Tams promises. Trilogies IV and V are already in his crosshairs, though he doesn’t rule out the possibility of longer EPs or full-length albums, either. Tams is looking forward to taking this new music out on the road in the near future as well, but he’s enjoying the creative exercise of taking ideas from his home journals into the studio and advancing the story of an artist who’s found a path he hopes will be never-ending.

“At this point, everything is going to follow the lyric, first and foremost,” Tams says. “I’m not opposed to going in any direction; believe me, there’s some things we’ve come up with in the studio that are completely outside of this sonic soundscape, which no one has really heard yet. One thing I’ve learned is how I was consistently holding myself back, in so many different ways, and putting myself in a box. No more. It’s exciting to feel like I’m not bound by anything. I am just loving this creative freedom.” 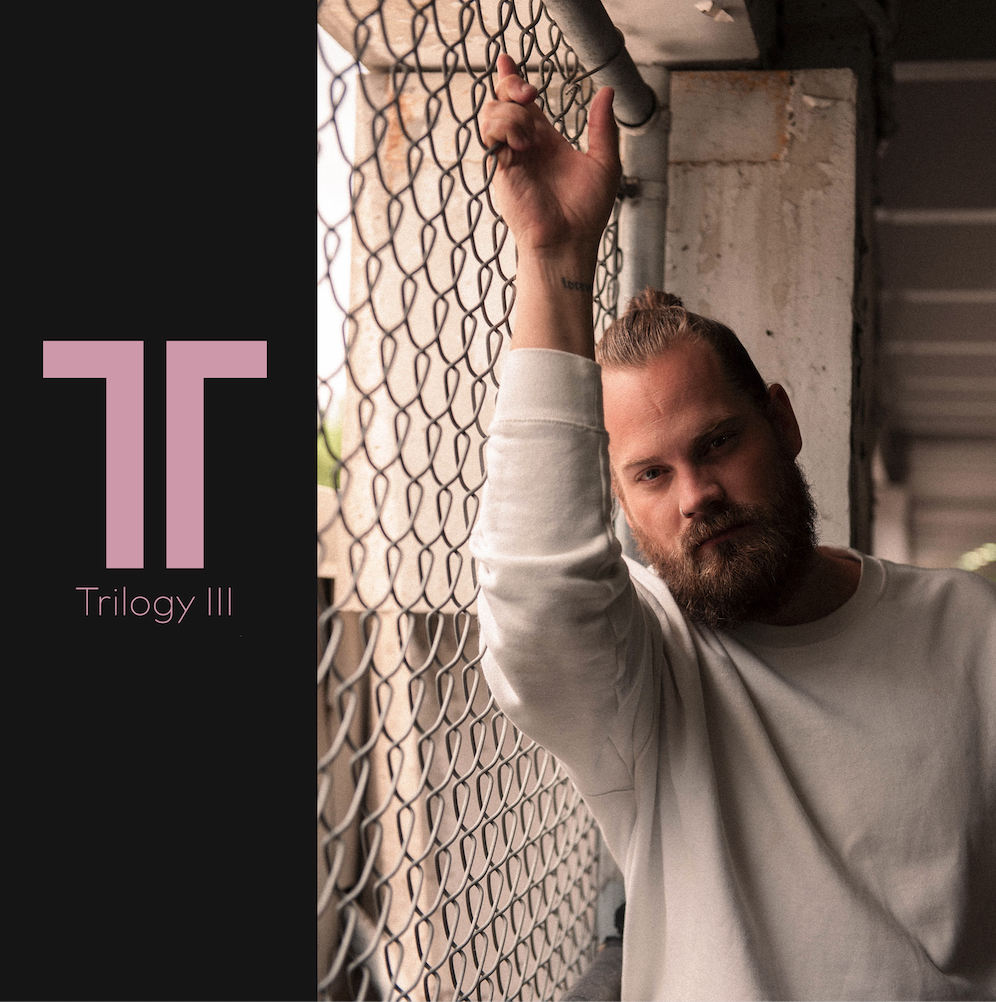 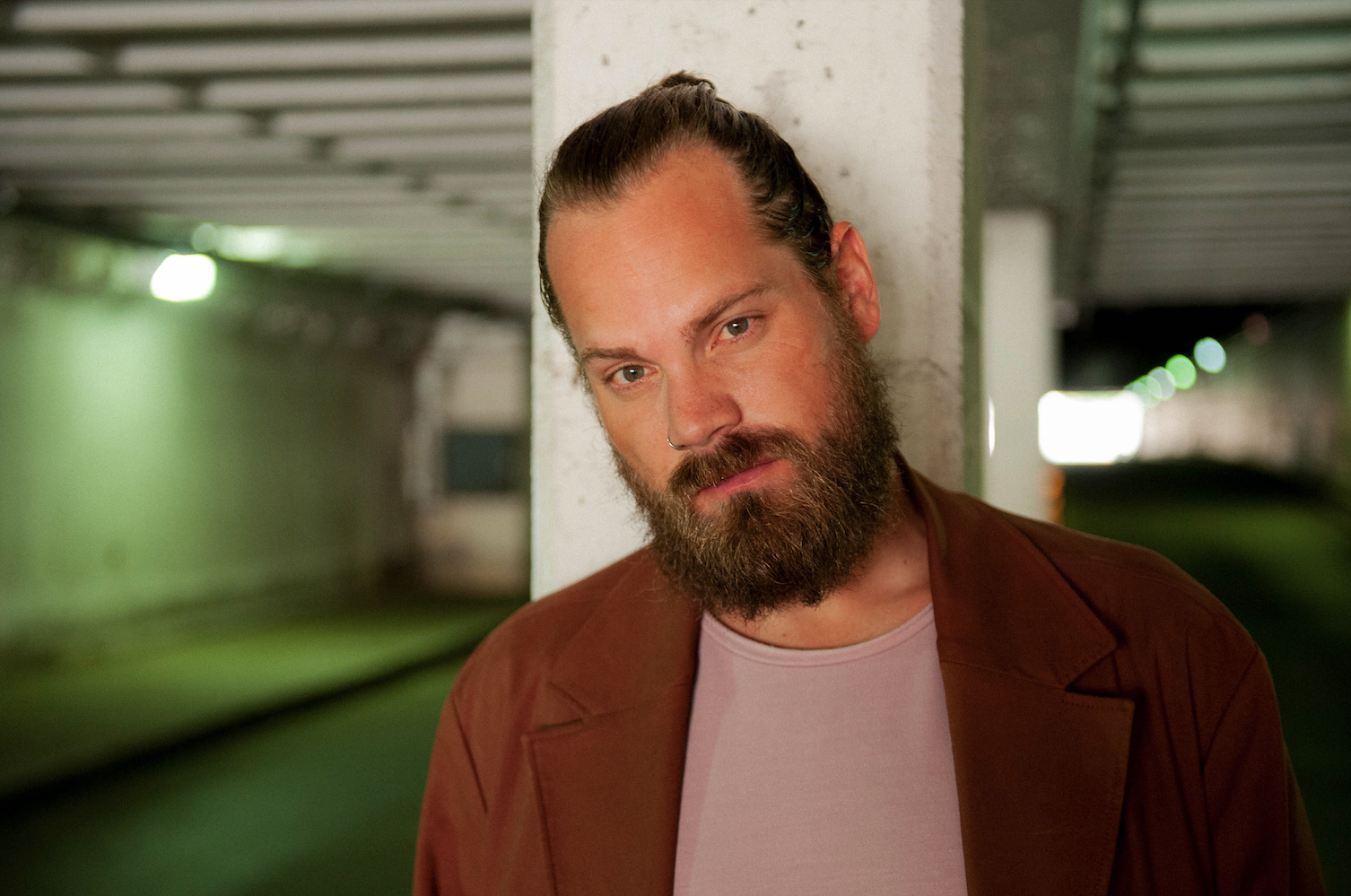