Fifty years removed from the tragic finale of the 1960s—broken promises, descents into madness—we find ourselves at an uncomfortably familiar cultural moment. Years of hope and progress are being threatened by the same kind of shift that paved the way for the rise of Nixon and most recent Donald Trump, another ruthless demagogue, toward a dismantling of open-mindedness and compassion. On their second full-length, Sunshine & The Blue Moon capture our collective anxiety from MAGA-era tension by exploring its overwhelming darkness through the same psychedelic grooves that originally sought to overpower that brand of bad vibes with blasts of sonic light. They don’t hide from it or ignore it but confront the uneasy state of our sweet world head on—battling bummers with an abundance of boogie, offering their bright, joyful voices in the fight against apathy and evil forces.

Those kinda fights can only be won if good people are mobilized, and the shimmering, paisley-patterned rock ‘n’ roll of Born 2 Boogie was crafted to make you move. The lilting slither of “So Sad So Glad” paves way for some deep sway just before it explodes into its raucous climax. “Born to Boogie” crashes and shuffles with sinister-sounding guitars as it slips into a hypnotic groove, as singer Kai Davey-Bellin conjures images of dance halls burning as everyone descends into revelry. And the sexy swoon of “Step On Me” could provide the notes for the haziest slowdance you’ve ever sweat through. Recorded live off the floor at Palace Sound in Toronto, with Christopher Sandes behind the boards, Born 2 Boogie pulses with a verve that can only blossom through the ecstatic energy of a tuned in and turned on band hivemind, building and playing off each other’s musical idiosyncracies in real time.

There’s a feeling that runs through the record that urges there’s something at stake here, in this moment. Awash in melancholy synth and strings, “Millions” captures that sentiment most vividly. Written shortly after and in response to Trump’s election in 2016, Davey-Bellin communicates the spiritual hurt many felt in the wake of the news as he sings, “Millions and millions of people don’t want you here, don’t want you near their home/home is where the heart is/wheelin’ and dealin’ in all the shady news—won’t you leave?” It culminates in a mesmerizing moment, drawing the listener in with lushness while reminding that the fight for change is far from over. “Sweat” unravels similarly, as if the band is stuck in a dream that they can’t be sure isn’t a nightmare, as disembodied heads float through and bees drip slowly down leaves. Despite its fuzzy visions, Davey-Bellin’s observation rings out crystal clear: “Steal away from the burning sun/the truth will melt what fears have come.”

Sunshine & The Blue Moon know that whatever dreams or nightmares may come, it won’t do us any good to lose our ability to embrace joy and even get silly once in a while. In fact, it may be that spirit—the groovy one, the enlightened one—that keeps us from losing ground in the years to come. Born 2 Boogie is shot through with that spirit, simultaneously amplifying the good vibes of ‘60s psychedelia while wrestling with the demons that the last few years have re-loosed on the world. The place is here, after all, and the time is now. “Do as Grandma said: don’t watch the flowers grow,” Davey-Bellin sings on “Born 2 Boogie” over the jangle of tambourine. “There’s time for that when you’re dead.” 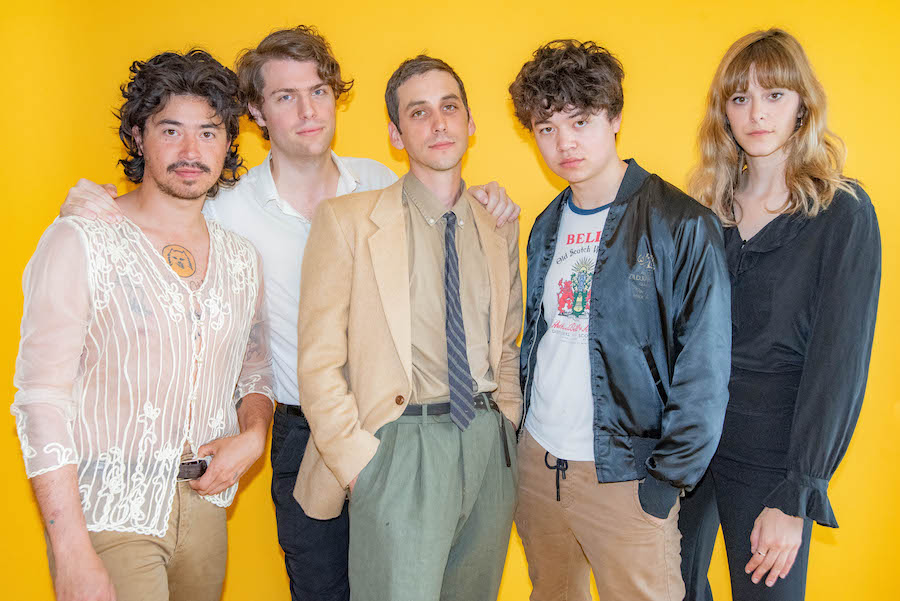