Substance and accessibility. They’re often considered opposing forces when it comes to pop music, making it all the more impressive when a band like Scenic Route to Alaska so effortlessly delivers ample doses of both.

The heralded Edmonton-based indie pop trio – Trevor Mann on lead vocals and guitar, drummer Shea Connor, and bassist Murray Wood – have worked tirelessly scaling the summit of the Canadian and international music scenes. They dropped two acclaimed LPs – 2018’s Tough Luck and 2016’s Long Walk Home – that weave memorable melodies and catchy vocals through compelling, musically-rich arrangements and earned a slew of awards and accolades on their backs. They’ve toured relentlessly across North America, Europe, and Australia and have seen their global fanbase grow exponentially with each amplified chord.

Since taking time to write and workshop new material earlier in 2019, Scenic Route to Alaska have released a pair of singles “Give a Little” in October 2019 and “Daydreaming” in Feb 2020 and played a nearly sold out tour throughout Canada. These singles will soon be featured on a limited edition 7″ vinyl.

With its release on April 29th, “Call Your Friends” is the first single of their upcoming album “Time For Yourself” (release date: Aug 19th). This song is the first in the direction of revisiting their roots with a more organic, unfiltered take on their now-signature sound – or, as Mann puts it, “a truer representation of what we do when we get together and make music.”

Despite the nearly non-stop touring and unwavering determination throughout their time together, the three musicians have enjoyed every step of the journey. That was especially the case with their packed 2019 hometown performance on the main stage of the world-renowned Edmonton Folk Music Festival – a definite career highlight thus far. They’ve also racked up handfuls of awards, including a SOCAN #1 distinction for the single “Love Keeps” and a Western Canadian Music Award for Best Rock Act.

The recordings effortlessly capture the excitement of the band’s live performance, where the energy is palpable and the fun contagious. Always locked in with a syncopation that can only stem from a long collective history, the boys bounce from ballads to bangers with ease, leaving a lasting impression on any kind of audience in front of them. The band is perhaps best defined through dichotomy: young but mature, curious but collected, accessible but substantial. Such balance is all too rare in this scene, but thankfully, Scenic Route to Alaska strikes it with a style all their own. 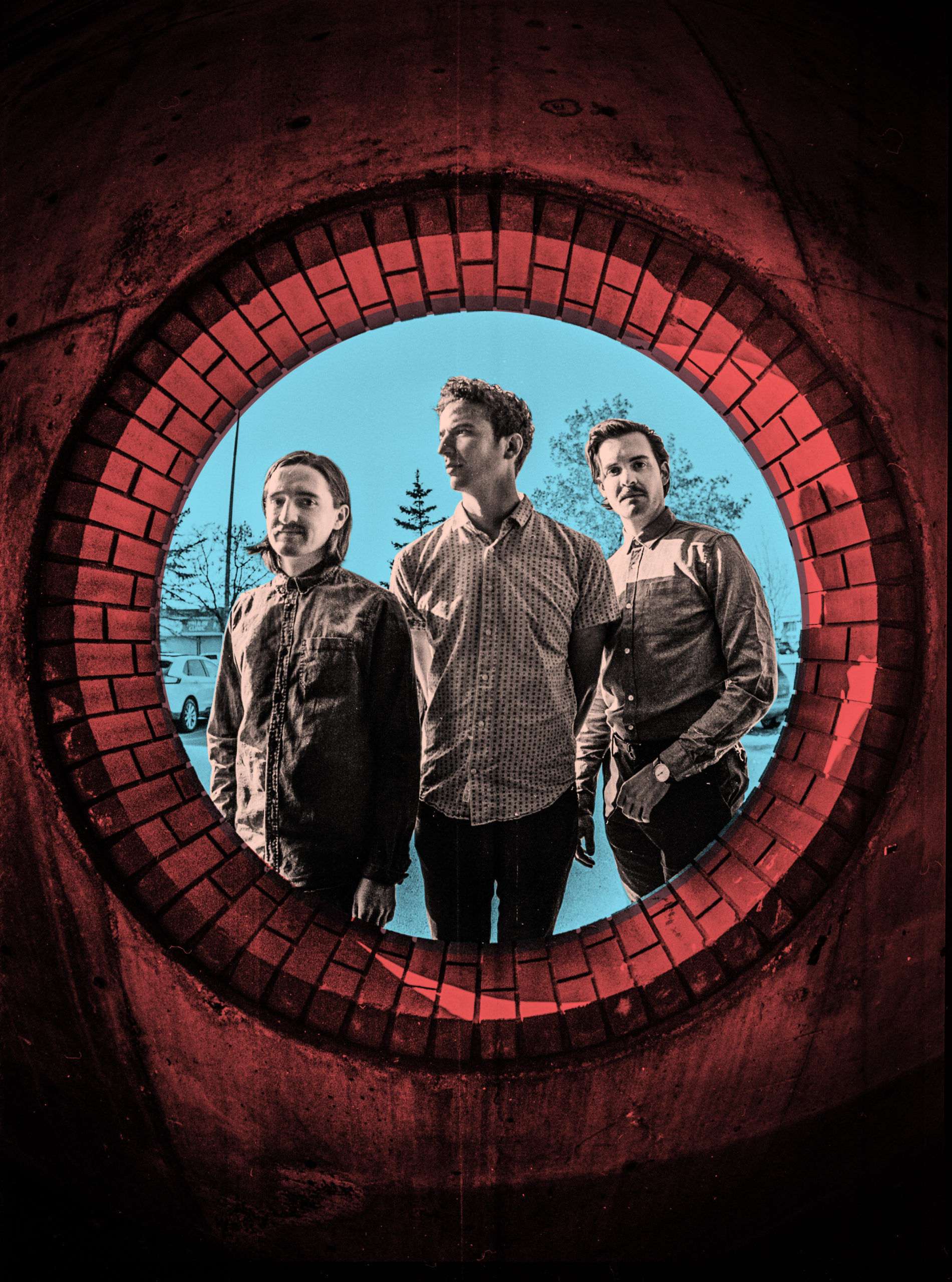 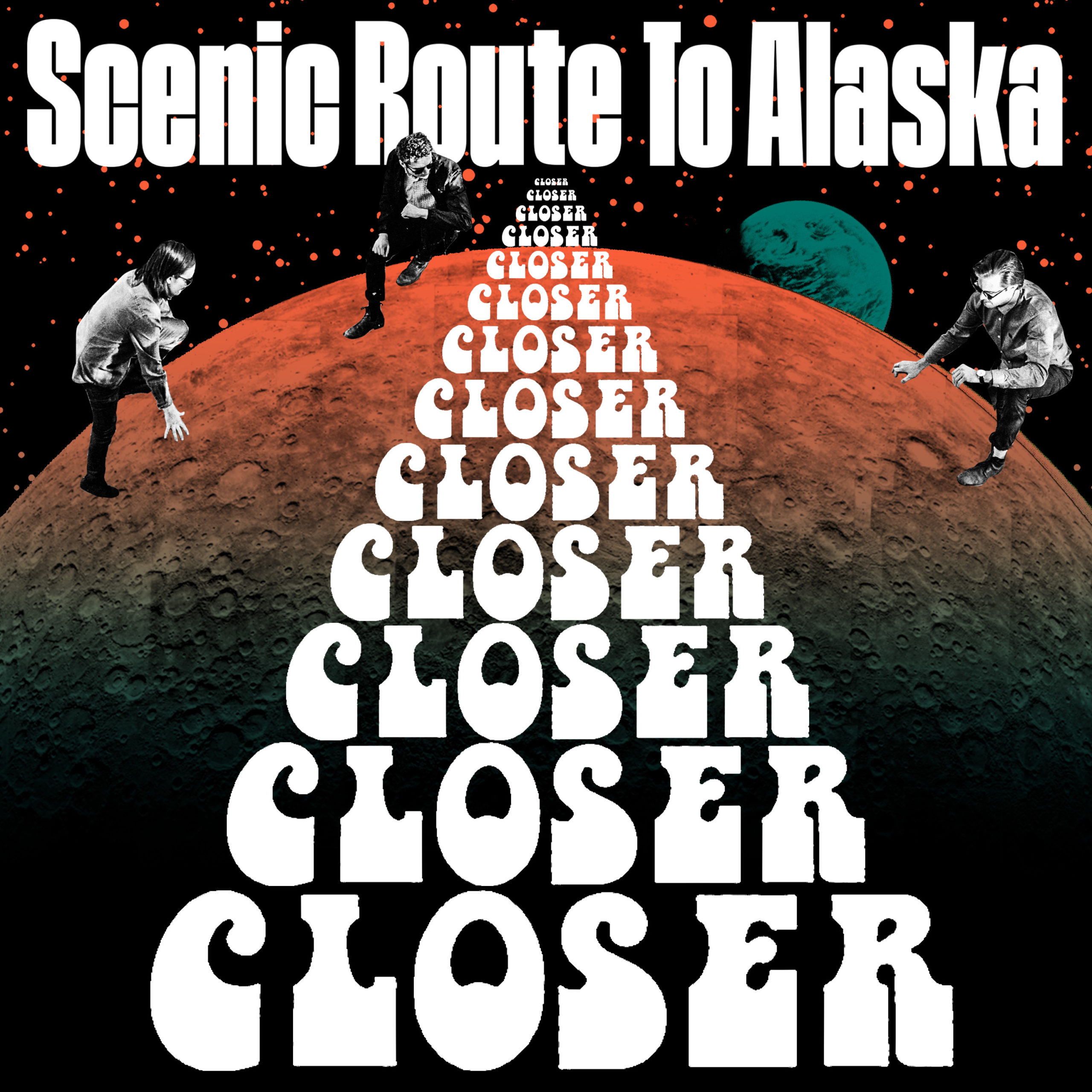 THIS IS WHAT THEY SOUND ON VELVETY: SCENIC ROUTE TO ALASKA

A recommended indie pop trio from Edmonton (Canada) and composed of Trevor Mann (lead vocals and guitar), Shea Connor (drums) and Murray Wood (bass), who have spent some years of tireless work to climb the top of the musical scenes Canadian and international. Following two acclaimed albums, Tough Luck (2018) and Long Walk Home (2016), […]

Check out Scenic Route to Alaska on Volatile Weekly

Substance and accessibility. They’re often considered opposing forces when it comes to pop music, making it all the more impressive when a band like Scenic Route to Alaska so effortlessly delivers ample doses of both.

Edmonton-based indie-pop trio Scenic Route To Alaska create a soulful slow-building wonder in Closer. Expertly driving from 70s rock but bringing in more up-to-date production techniques gives the song a life of its own as slightly warbling vocals provide a frank honesty, holding the power of the track together. The chorus hits hard as the […]

Their recently released single Closer is the newest off their upcoming album Time For Yourself. This song revisits their roots with a more organic, unfiltered take on their now-signature sound.

Scenic Route to Alaska takes us on a romantic destination filled with nostalgia and small joys of life in their latest single “Closer.” Self-produced with the help of Colin Stewart, “Closer” streams through your system like a magical Kool-Aid packed with rainbow layers of synths.

Ones To Watch: Every day we select seven tracks that definitely deserve more attention than Justin Bieber!

SCENIC ROUTE TO ALASKA BRING YOU “CLOSER” WITH THEIR NEW SINGLE FROM UPCOMING LP, LISTEN NOW VIA DUSTY ORGAN

“Closer” is the newest single off Scenic Route to Alaska’s upcoming album, Time for Yourself, out on August 19th. Capturing your attention from the opening chord, the song speaks of craving an increased closeness to another person, whether or not the connection between you is meant to last.

Substance and accessibility. They’re often considered opposing forces when it comes to pop music, making it all the more impressive when a band like Scenic Route to Alaska so effortlessly delivers ample doses of both. The Edmonton-based indie pop trio have dropped two acclaimed LPs that weave memorable melodies and catchy vocals through compelling, musically-rich […]

Edmonton band Scenic Route to Alaska released a new single called Closer. Closer is taken off from their upcoming album called Time For Yourself which comes out on August 19, 2020.

Hear tracks from both Rich Aucoin and Scenic Route to Alaska in SpinGrey’s A Rockin’ Spring 🎵 Spotify playlist!

Hear Scenic Route to Alaska’s “How It Feels” over at Ride the Tempo – new LP ‘Tough Luck’ out now!

“Ghost of Love” from Scenic Route to Alaska is premiering on Live in Limbo today!

Watch Scenic Route to Alaska’s new video for “How it Feels,” their ‘catchy, hook-laden single,’ over at The GATE!

SoundChips include the new singles from both Scenic Route to Alaska and Freedom Baby in their Songs of the Week: Feb 4th-10th! 🎶

Indie88Toronto has Scenic Route to Alaska as ‘Best New Indie’ this week!

Scenic Route to Alaska premieres new single ‘How It Feels’ via PopMatters!

Check out Scenic Route to Alaska’s ‘Slow Down’ single on Soundkartell!

Terra Lightfoot and Scenic Route to Alaska both on Y108 Rocks!’s Indie Show!

Scenic Route to Alaska getting love from 102.1 the Edge!

Girl Underground Music gives you 5 tracks to keep you dreaming this week. Scenic Route to Alaska’s latest is included.

#BestNewIndie includes tracks from The Elwins and Scenic Route to Alaska this week at Indie88 Toronto!

Indie88Toronto has the exclusive stream of Scenic Route to Alaska’s latest single ‘Slow Down’!