Not to suggest that everyone needs to fall off a cliff to discover a renewed direction in life and art, but, as it turns out, it did work for Peter Katz. It’s a drastic measure, for sure, but it definitely puts things in perspective.

So, yeah, Peter Katz fell off a cliff on the long, twisted and not a little bit painful road to making his startling new album, City of Our Lives. He dropped about 100 feet in three seconds, beat the odds by both surviving and avoiding paralysis and, after spending six months in bed being confronted with “worse and worse news” every time a doctor entered the room and being assured he was unlikely ever to walk – let alone perform and/or tour – again, subsequently also found himself in the midst of bidding farewell to his house and the onetime love of his life and descending through several further stages of a textbook existential crisis.

“I have pushed myself so hard for all these years,” he sings on the tingly album opener “Paper Thin,” a de facto mission statement for everything to follow. “Still, it’s not clear / What for…” Well, here it is: here is the “what for.”

Rhythmically inclined, streaked with gossamer synths and sensitively attuned to the most progressive and emotive reaches of recent 21st-century pop music, City of Our Lives is not necessarily the sort of record you’d expect from a chap who’s typically been associated with folk music – albeit a chap who also pushed the “folk” idiom to the most baroque and ambitious extremes within his command on 2015’s We Are the Reckoning, a record that CBC Radio’s Tom Power called “one of the most heartfelt, beautiful and vulnerable records of the year” and “an astonishing record.”

“The music that was getting me through my challenges was not insular singer/songwriter stuff,” confesses Katz. “I mean, I love that sort of music. But I loved the idea, and it was refreshing conceptually that this time the music would be for other people, too.”

“I feel like my music in the past, in a way, was so demanding of you to, ‘just wait for the cello to come in’ as opposed to ‘you can just feel this.’ There’s so much that I’ve put into the lyrics, and I’m so proud of every single word on the record, but this time you can just have an experience with it musically. And that’s exciting to me, that I can make something where, hopefully, the experience of it is not just about me. It’s made of authentic stuff from inside me, but it’s made in a way that you could just get into the music because you can enjoy it, y’know?”

“Part of what I wanted to do with this new music is not have it be just about my story. It’s in there – it’s all in there – but I don’t want to be that guy anymore. I think that my older approach to writing was about holding on rather than letting go. This music feels like letting go to me. And I hope that when people hear it, they can hear their own story in it too and that maybe it can help them feel like letting go.”

It really does. Not to belabour the whole falling-off-a-cliff thing, but City of Our Lives – which counts among its sonic touchstones recent work by such haute couture pop artists as Maggie Rogers, Francis and the Lights, James Bay, Lauv and Now, Now along with the likes of Justin Bieber and even Beyoncé (Katz has been known to cover the latter two onstage) – has a definite feel on the whole of ecstatic freefall into the unknown. That was the point. Deliver the musical “feels,” first and foremost, and leave it for the intellect to do the work on the lyric sheet once the goosebumps have subsided.

That lyric sheet is every bit as sculpted and meticulously wordy, and as ripe for prolonged, scholarly analysis as ever a Peter Katz lyric sheet has been, for the record. But there’s also no acoustic guitar – save “a snippet” folded into the undulating, warm-hued expanse of “That’s Enough” – to be found on a record that was the result of an extensive process, that saw its author making and remaking and remaking the album to a pathological extent until “the world of the song” genuinely felt right, each and every time. Until it all … y’know … popped.
After writing something like 60 songs and tracking nearly as many of them with numerous producers and numerous co-writers in multiple ports of call, Katz finally struck gold when City of Our Lives’ eventual go-to producer, Derek Hoffman, flipped the switch on an acoustic demo of “Paper Thin” and turned it into the warm, synth-pop hug it is today.
“Paper Thin, for me, really is the epicentre of the record in that lyrically, it talks about everything – ‘When your biggest fear it ends up coming true / That’s when you find out what you have inside of you / I am braver than I’ve ever known / These days have shown that to me’.”
You wanna know why Peter Katz fell off a cliff, though, right? It’s a good story, and he’s about to get really, really sick of talking about it ’cause it’s a really good hook into talking about a really good album, but he’s gonna have to talk about it if he’s gonna talk about City of Our Lives as people catch on so … here we go: Peter Katz also has a kinda-secret second life.

One Friday evening in 2013, Katz rolled into for what he assumed was a hopelessly misguided booking in Fort Macleod, Alberta, a town of 3,000 where he had every right to expect nothing but (maybe) a handful of Peter Katz fans waiting for him. Instead, he found a sold-out theatre full of Peter Katz die-hards waiting for him, the lion’s share young people who’d been introduced to his music through a very real die-hard who’d been sharing his songs with the student patrons of a teacher-run program called FACES for Alberta high-school students that teaches teenagers, as he puts it, “How to Be a Good Human Being 101” through 12 days of hiking, canoeing and backpacking in the Rocky Mountains.

Katz was humbled, inspired and hooked for life. Since then, he’s become a session leader every summer and a pillar of the program. And he’s so good at motivational speaking that he was able to subsidize City of Our Lives’ long gestation process through regular gigs delivering similar talks to adults in the business and tech worlds. Dude is now not only a JUNO, Canadian Screen Award and multi-Canadian Folk Music Award nominee but a four-time TEDx fellow and public speaking has become “a huge part of what I do.” He’s not only lectured alongside Canadian astronaut Chris Hadfield but also handed one of the 30,000 or so albums he’s sold off the stage while touring relentlessly over the past 16 years to none other than “second man on the moon” Buzz Aldrin, who he met after another speaking engagement.

One of Katz’s standard lectures is entitled “Why I Seek Discomfort.” Perhaps, then, you already see where this is going.

“Every summer, I stop my music career for a couple of weeks, and I go out there, and I now run the program for part of the summer,” says Katz. “That’s also where I fell off the cliff. Like, a big cliff. I was leading a rappel, and I misused a device, and I fell almost 100 feet in about three seconds, and I broke a very rare bone to break. It was a very complicated injury and, for a long time, there was even talk of amputation, and I very well could be dead. I could be paralyzed.

“But that’s also where I had to realize I can’t be a hypocrite. I talk to these kids all day long about taking risks and doing the uncomfortable thing and how the idea that what you’re most scared of is the thing that’s going to be awesome. So I feel like, when it came to making this music, doing that mentoring work is what made me go ‘Oh… Right. I have to practice what I preach…’ Had I been too frightened to actually follow through, I wouldn’t be that guy whose story they look up to because I wouldn’t have authentically done what felt right to me.”

So Peter Katz did what felt right to him. And, as you’ll hear when you dig into City of Our Lives, it was, without a doubt, the right thing to do to usher in the next, definitive phase of his musical career. Don’t worry, either, if you’re just jumping in here. It’s a fresh start. Enjoy the back catalogue at your leisure. It’s really good, too.

Meantime, we won’t recommend falling off a cliff to anyone else as a voluntary path to personal or creative enlightenment. But it really does work. And it helped Peter Katz land on his feet, so to speak. 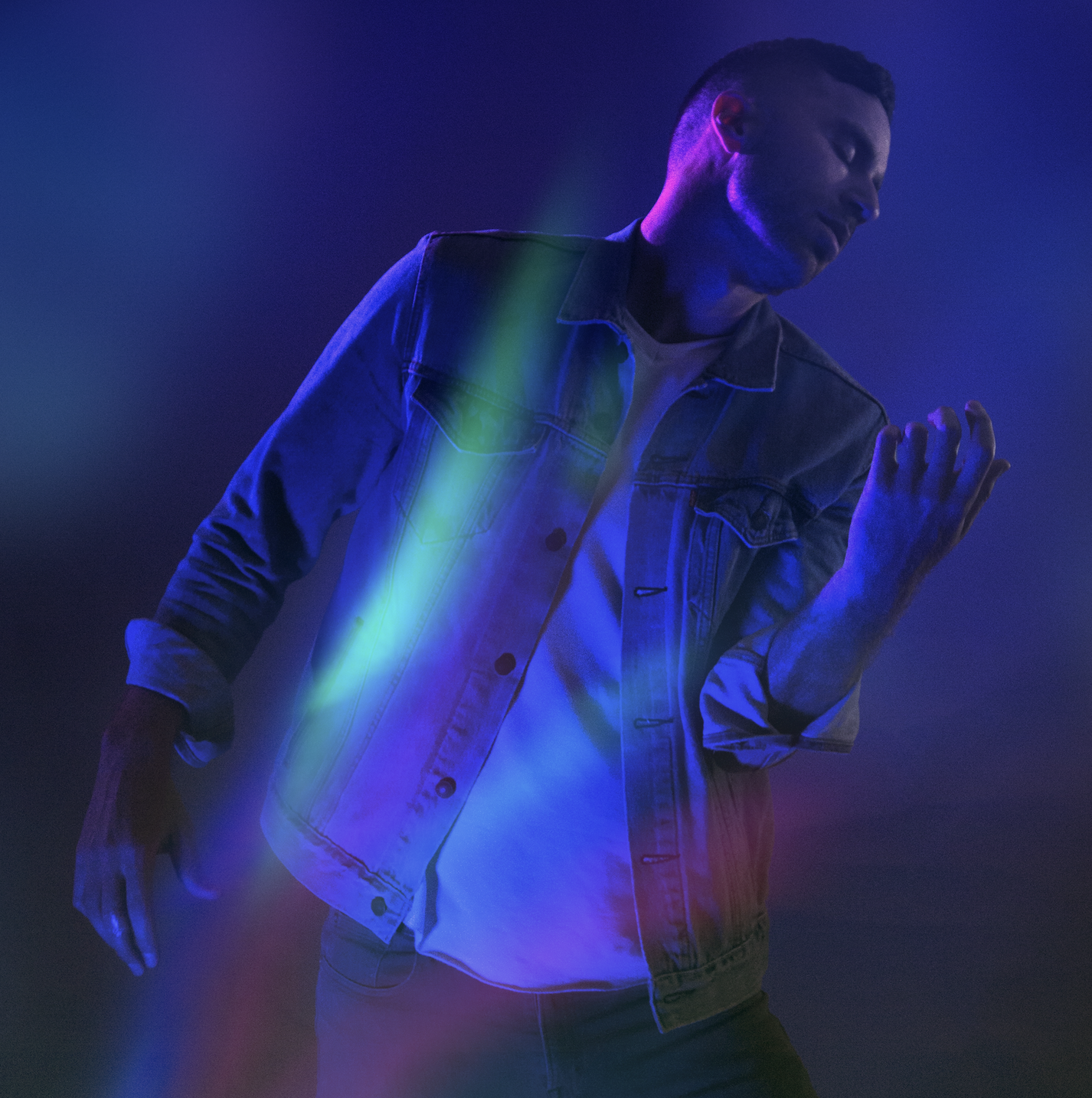 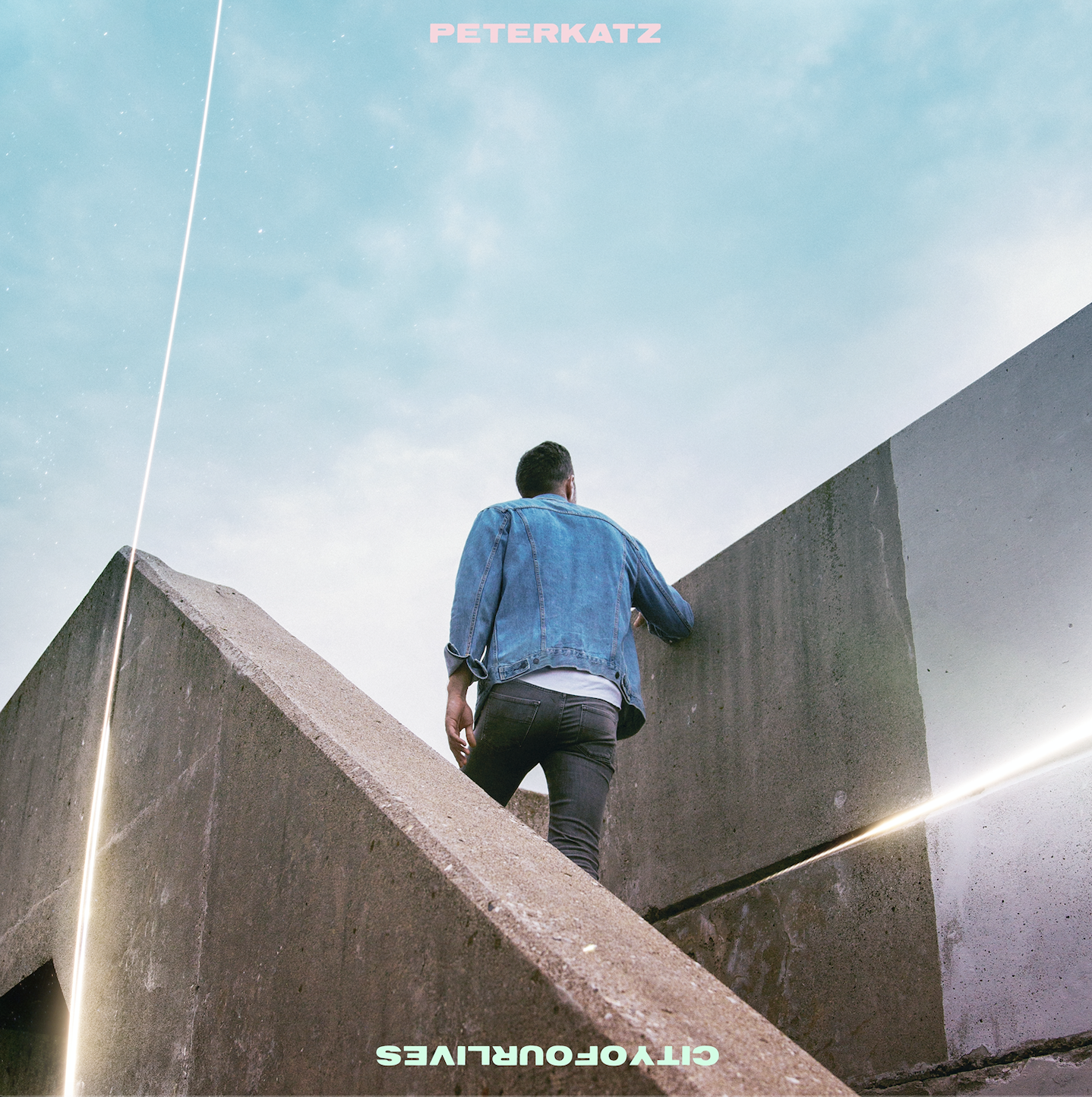