Newly formed Toronto duo Ocean Potion present their first full-length LP. ‘Ocean Potion’ follows the band’s debut single “In The Grass” which was released this past August. Rounding out the band with Dave Azzolini (Forces) and Jay McCarol (Brave Shores) they plan to tour as a quartet in 2019.

Ocean Potion is a collaboration between Mike O’Brien (Zeus) and Jason Haberman (Yukon Blonde). The two met while touring Canada with their respective bands Zeus and Yukon Blonde. They quickly bonded, beginning a bedroom recording project that took place in Toronto’s west end over the course of this past year. Initially there were no songs, just extended free form jams based around looping riffs. As these loops took shape, a creative process emerged – Jason would record a basic bed track, then send it over to Mike to add words and melodies. These tracks bounced back-and-forth between their bedroom studios throughout the summer of 2018. After both Mike and Jay felt they’d reached a collection of 10 songs that represented the best of what they’d created, Jason dove into the mixing process – sifting through the many layers of synths, woozy guitars and dreamy vocals to find the purest version of each song.

‘Ocean Potion’ is the result of a burgeoning friendship, so It’s no coincidence that it’s a persistent theme throughout the album – the music is a reflection of the good vibes that were happening while creating it. This is music for lazy days at home, for walks with headphones and for sunshine through the car window. Enjoy! 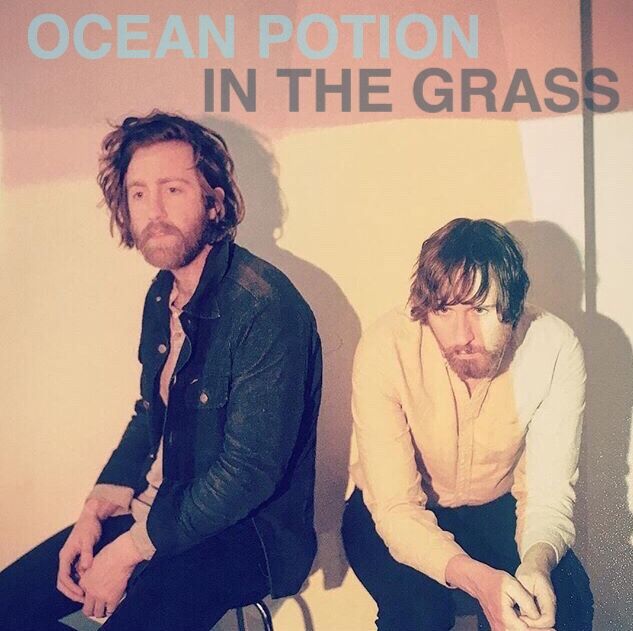 Take a trip with Ocean Potion’s “In The Grass” visuals and American Pancake!

EarToTheGround Music include Ocean Potion’s “In The Grass” in their five indie songs for the weekend warrior roundup!

Stream “In The Grass,” Ocean Potion’s debut single, through BIRP!

The Revue’s Monday June 18th edition of The Matinee features “In The Grass” by Ocean Potion!

Stream “In The Grass,” Ocean Potion’s debut single, over at IX Daily!

Fuzzy Logic’s Video of the Day is “In The Grass” by Ocean Potion!

Ocean Potion’s brand new single “In the Grass” is featured in Apple Music’s Best of the Week iTunes playlist!

VIDEO PREMIERE: Ocean Potion debut “In The Grass” over at Indie88!