Nadine Gagné is a proud Metis Nation BC Citizen who has been one of only a handful of Indigenous artists creating children’s music since 2004. Her Métis ancestry comes from her mother who was the late Rosemarie Plante and her grandmother the late Alice Desjarlais from Marlboro, Alberta. She is French and English on her fathers side. She is a single mother to three children who are 1, 8 and 12 years old and who are her entire world.

Nadine has worked in Indigenous early childhood development her entire 25 year career and began creating music because she saw a huge need for more Indigenous children’s music to be developed. For several years she volunteered to coordinate and lead “Children of the Rainbow Drum Group.” This was a performance group of 60 children aged 6 months to 14 years. The group performed at over 30 venues in two years throughout 2005-2008 within Vancouver and the lower mainland. They performed at award ceremonies, conferences, for the premiere of BC and even traveled as far as Ottawa to perform for the Governor General Michelle Jean in 2008. Nadine has been a National Role model for Canada in 2007/08 and has traveled to many communities across Canada and BC sharing her children’s music. Her first CD My Moccasins was nominated for a Canadian Music Award and she performed at the awards ceremony. Her song “My Moccasins,” along with her song “Bannock in my Belly” from her 2nd CD both made it to #1 on the National Aboriginal top 40 Countdown in 2008 and 2016. Her 2nd CD, Wrapped in Daisies won Best Folk Acoustic CD at the Indigenous Music Awards for North America and was nominated for Best New Artist and Nadine performed her hit song “Bannock in my Belly” at the awards ceremony.

Nadine has always been passionate about her work to support Indigenous children and families within the early years, with a focus on working with special needs and vulnerable children. She has found that Indigenous children’s music has been a great tool that she has used in her work with children and families. She hopes to inspire other Indigenous artists to create more children’s music as there continues to be a huge need for more music for Indigenous youth. Nadine feels that music is a way to reach children in Indigenous communities and instil a sense of pride in them from the earliest age possible. She is currently the Program Coordinator for Métis Nation BC’s Family Connections Program which supports over 600 Métis families and children across BC. She is looking forward to the release of her new single, and music video which was done in collaboration with Joey Stylez. It is called “All Nations” and is a global message dedicated to the Indigenous children that attended residential schools across North America and to all those that did not make it home. 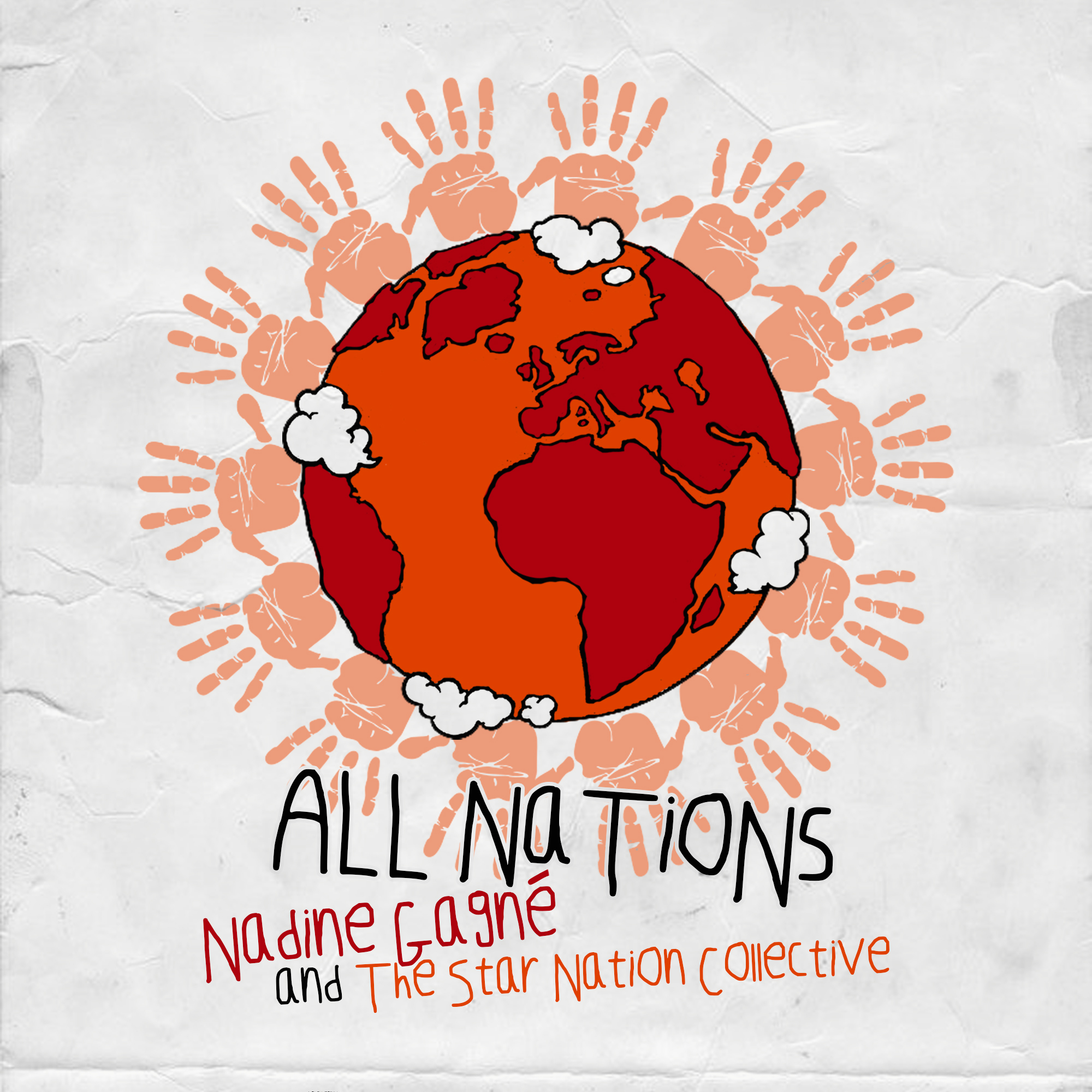