JUNO Award-winning, Toronto-based band MONOWHALES are an indie rock juggernaut. Since bursting out of the gate with 2017’s ‘Control Freak’ EP, the group — vocalist Sally Shaar, guitarist Zach Zanardo and drummer Jordan Circosta — have been defying the odds by self-releasing a stream of chart-topping singles that have made them a mainstay at Canadian alternative radio and online.

Now distributed by Warner Music Canada and internationally through LAB Records, the group have announced their highly anticipated, Dave Schiffman (Vampire Weekend, Pup) produced new album “Tunnel Vision”. Slated for release in the fall of 2022, the band have been giving audiences a taste of what’s to come with a string of releases planned over the coming months. With the industrial-infused first single “CTRL^^^” in its 5th week in the Top 10 at Canadian alt radio, MONOWHALES are taking things to a new level with their latest offering “StuckintheMiddle”.

Anger, frustration, and deep personal struggle take center stage as Shaar passionately repeats “I’m stuck in the middle, I’m chained like an animal”. The lyrics and performance were channeled through a dark time for Shaar. She explains, “Writing and recording ‘StuckintheMiddle’ came at a really dark chapter in my life. To be 100% honest with you I don’t know how I made it to the sessions at all. The agony and pain that I sang with was channeled through the most vulnerable hurting voices inside of me.”

“‘StuckintheMiddle’ is one of the heaviest songs we’ve ever released, both musically and emotionally,” says drummer Jordan Circosta, “Zach and I channeled all the pain, rage, and frustration we knew Sally was feeling into the music on that record. We wanted her to experience the catharsis she deserved when she laid down those vocals, and her performance did not disappoint.”

The band leaned heavily into their hard rock background on this track, creating an enormous sound complete with stadium-sized drums, half-time breakdowns, and a searing guitar solo. Guitarist Zach Zanardo explains, “‘StuckintheMiddle’ really cranked us up a notch, allowing us to lean into our rock roots in a much more direct way. I’m always looking for ways to be a bit understated with my rock influences, but this song just wanted it badddd.”

In the end, “StuckintheMiddle” continues the story of MONOWHALES opening up to the world, fearlessly exposing their most vulnerable states to their fans in a desperate pursuit of emotional honesty. “I’ve never heard Sally sound this honest and exposed. It’s so fucking inspiring,” says Zanardo, “Sally’s performance really carried this one home”. This is important, since the song contains some of the darkest parts of singer Sally Shaar’s psyche. Intergenerational trauma, self-doubt, and a constant struggle against a male-dominated music industry all play a role in what Shaar has come to deal with on a daily basis.

“Everyday is a constant struggle”, Shaar describes, “My upbringing and the trauma that’s seeded deep within me can be so easily triggered it becomes habitual. Surrounding me there are both apparent and invisible expectations that are placed on every single action I choose to take. Presumptions about my every action can be judged and manipulated by a parent, friend, stranger or even my own self-destructive brain. Do I choose to be a sweet good girl, or an unapologetic rebel? It’s a suffocating choice to be constantly faced with. “StuckintheMiddle” is the caged up embodiment of this unsteady confusion and inner-rage. When I sing this song I am screaming out my spite, my angst, my rage in hopes that I can grow self-aware enough to set myself free. Until that day comes I have this song to console me.”

“StuckintheMiddle” arrives in the wake of MONOWHALES’ breakthrough sophomore release, “Daytona Bleach”, which featured Top 10 singles “RWLYD,” “All or Nothing,” and “Out With The Old.” The group’s third album, Tunnel Vision, will be released this fall. 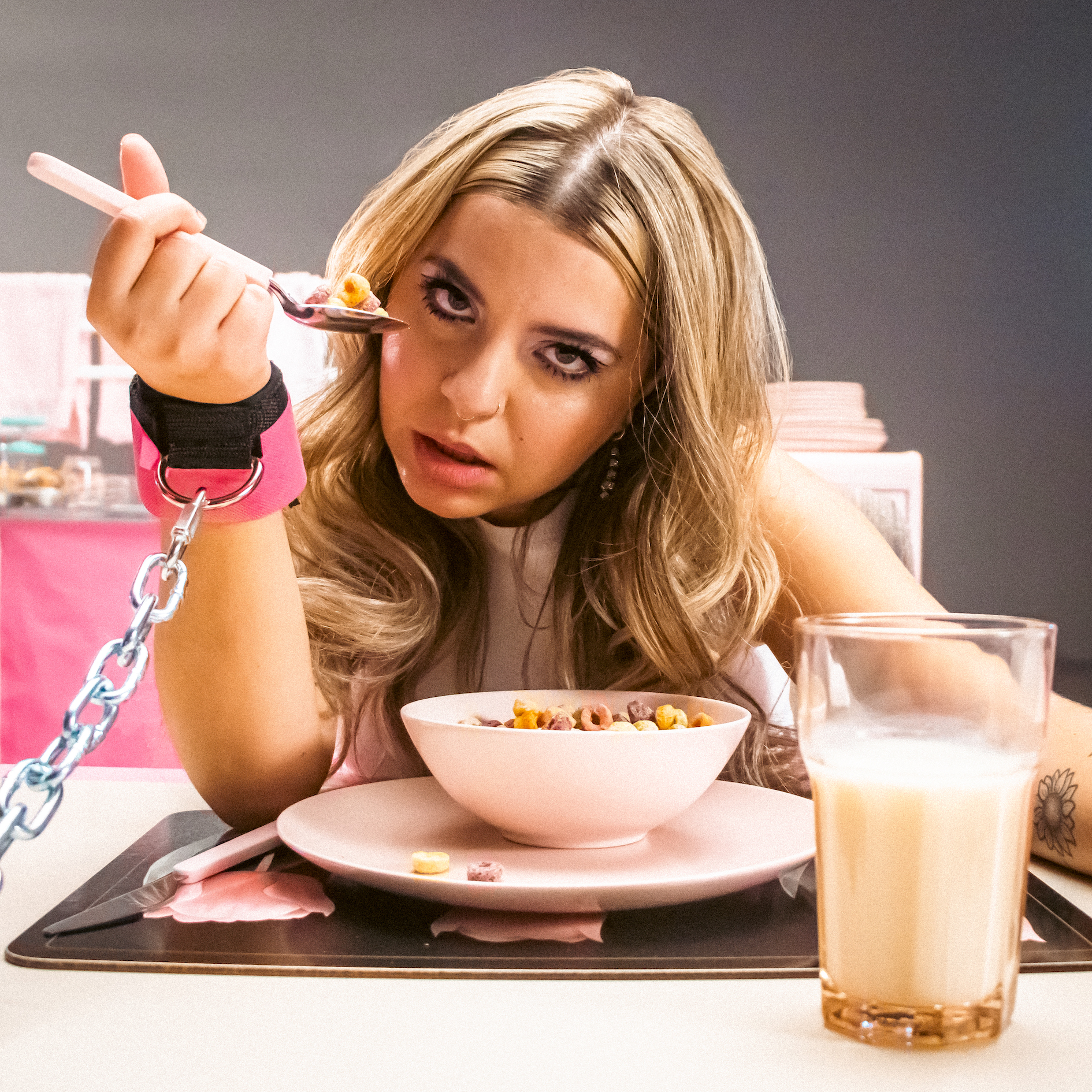