On her debut single “Feel,” Lindsey Lomis captures the spirit of a Gen Z teenager reaching from the past into the future. With its undeniable hooks and dramatic drumfills, it possesses a sparse electronic edge, but the rootsiness of Lomis’ vocal together with her traditional flair for melody sets her up as that rare pop treasure: a future superstar time-traveling through classic eras to bring us to the present day. Lomis is born and raised in Nashville, Tennessee so you could hardly describe music as an addition to her life. Music is the place from where everything else in life began.

During the course of the past year, Lomis has found herself developing her craft at an alarming rate. She’s been spending more time in Los Angeles, having found her creative soulmate there. “He’s the Finneas to my Billie,” she says. Ryan Daly is a producer and co-writer, renowned for his work with James Arthur, Daya, and Fitz & The Tantrums. Lomis knew instantaneously that their spark was easy and sizzling with potential. Together they’ve generated a relaxed environment in which Lomis can call the shots and grow in the most organic way. In their first session together they wrote “Feel,” making the process of hit-making seem simple, but it’s far from it. Their connection is true magic. “We automatically clicked and wrote till 4am,” recalls Lomis, who reflects on that initial meeting as pivotal in finding her voice and this next chapter in her career. Fitting then that “Feel” is the opening gambit for unveiling Lomis as a cross-genre cutting edge voice of her generation. It’s a song about the drama of teenage friendships, relishing in how awful other kids can make you feel.

When you talk to Lomis it does feel surprising that her song content can veer more towards the darker edges of adolescence, because in company she is a ray of sunshine. In her Nashville bedroom, Lomis comes over as the girl next door: approachable and warm, talkative and interested, kind and optimistic. When you listen to her voice or watch her performances, however, you realize that the talent just beneath her veneer is exceptional, extraordinary, and all her own. Where Lomis has been travelling to LA for session work, the majority of her writing still happens at home in Nashville, and now that she’s finishing her formal education online she can balance both career and scholastic endeavors.

Lomis has always made music to fit a live, often acoustic setting. Her earthen cadence will remind you of a Maggie Rogers or a Hozier: a sophisticated soul bursting from a young perspective. In the past year or so, Lomis has really fallen in love with the possibilities of pop music and the lack of pressure to fit into any neat box. Growing up, she looked to powerhouses such as Tori Kelly and Adele as inspiration in how to harness a powerful voice in ways that speak to any person regardless of who they were or where they find themselves in life. From the sass of a Dua Lipa record to the theatrical nature of The Weeknd to the exciting blend created by H.E.R., Lomis is coming up with a generation of performers who are pushing the envelope for what pop music in any genre can and should be.

While Lomis grew up writing music on her guitar (and often still does), she’s become a lot more interested in production techniques and building out songs, taking the raw beauty of her music and lending it a crisper dynamic. “It’s fun for me to experiment with writing lyrics and melody over a production we’ve already worked on,” she says. “That’s new to me.” Lyrically, Lomis has found herself coming into her own, and interestingly as a result of working with other people rather than sitting with herself. Through having to explain her themes to others, she’s become more attuned to how to hone her world and ideas so that they speak to the most universal audience. Her song themes come from those moments when she’s digging deep in thought, or taking a tiny morsel of everyday life and blowing it up into something bigger. She says that writing about the darkness feels “empowering” because the songs became a place in which she can explore aspects of the human psyche that she isn’t always comfortable flexing in real life. “None of my songs are super depressing, but there’s some baggage,” she says.

The song “Bones” is another soul-infused, stomping fantasy about a character who has betrayed and hurt the person they love, pulling them into a metaphorical grave of their own making. It reminds one of Adele’s “Rolling In The Deep,” juxtaposing swagger with weighted heft. Another new song “slowmotion” rises and falls like a classic R&B ballad with a message of self-love and appreciation. It’s about taking a breather to understand that you have everything you need in a moment. “I envision singing this song to my best friend,” she says. “The line ‘you’re faking to put smiles on their faces’ – you’re trying to please people when you’re not. I feel like everybody does that to a certain extent.”

Dedication and hard work have been constants throughout Lomis’ life. The daughter of two doctors, she knew from a young age that you have to work hard to get where you want to be. Her brother is an aerospace engineer, and both siblings found their passions early and became serious fast. “I knew I wanted to do music for life,” she says, singing Nashville’s praises as the perfect stomping ground to immerse herself in and sponge up the surrounding scenes. “The city raised me in that way,” she says. With little musical heritage in her family, Lomis schooled herself while going to live shows, finding local mentors, and participating in all music activities she could find. She doesn’t remember not singing, but notes that at the age of 9 she began more formal training. She picked up guitar a few years later and started writing songs herself. “I fell in love with it and had to insert myself in everything I could.”

At first, Lomis had stage fright and recalls blacking out at school talent shows. The more she got up there, the easier it became, and the more she relied upon performing in front of people. She’d play wherever whenever, building her confidence with open mics around the city, covering big songs by the likes of Christina Aguilera and Kelly Clarkson. Her first original song was part of a school assignment – a book report. Lomis’ book was about a mother diagnosed with cancer and her daughter dealing with her death. The song was written from the mother’s perspective. The proceeds went to a local charity. “It’s one of my favorite experiences with songwriting to this day,” she says, recalling the song’s impact on her community. “I was playing for these people who had these huge life challenges, and I loved helping people through that.”

In the fall of 2018, Lomis self-released a Bill Withers cover on Instagram, which picked up press and fans. She released her first single, “Simple Love” followed by an EP Chapter I, at the top of 2019. Soon she caught the attention of Altadena, an artist development company founded by the late producer and songwriter busbee (P!nk, Maren Morris). It was a match for Lomis, and with labels knocking on her door she decided to enter a joint deal with Altadena and Warner Records. It happened so fast, she still finds herself processing it. “It’s a massive dream of mine and I’m so thankful for every moment of it,” she says. She’s garnered a huge array of impressive fans so far too, gleaning a shout-out for her cover of Billie Eilish’s “Ocean Eyes” on Justin Bieber’s Instagram stories (“My friends freak out when artists they love follow me. I’m not casual about it, either. Like – Oh my god!”)  Meghan Trainor has slid into her DMs, and she has a personal rapport with Alessia Cara now. Her performance videos on Instagram boast likes from Ryan Tedder, Lennon Stella, AJ Mitchell, Shawn Mendes, Sophie Turner and Joe Jonas. She takes it on the chin,  grateful for the support and advice.

Of all her amazing feats in the live setting, Lomis is most proud of her opening slot for Bruno Major in New York. It was the first time she played in front of a very large crowd of people. Although she was on a bare stage with just a guitar and a 45-minute setlist, the response felt like a lifeline from which to build a whole new universe. “I felt more like myself performing than I ever have before. It felt so magical and special,” she says.

For Lomis, music’s role in her life is limitless. “It’s everything,” she says. Whatever kind of day she had at school she would drop her bags, immediately play music and know she was home. “I want my songs to be that for someone; when they come home from a long day they drop the weight of the world off their shoulders and feel alive again.”  She knows how much music can change lives, and she relishes the opportunity to be that artist for a new generation. “My main goal is to do this for the rest of my life,” she says. “I want to be timeless and have an impact on people for a long time. Every day I wake up and I have a purpose and it has something to do with music.” She’s not about to waste her opportunity. 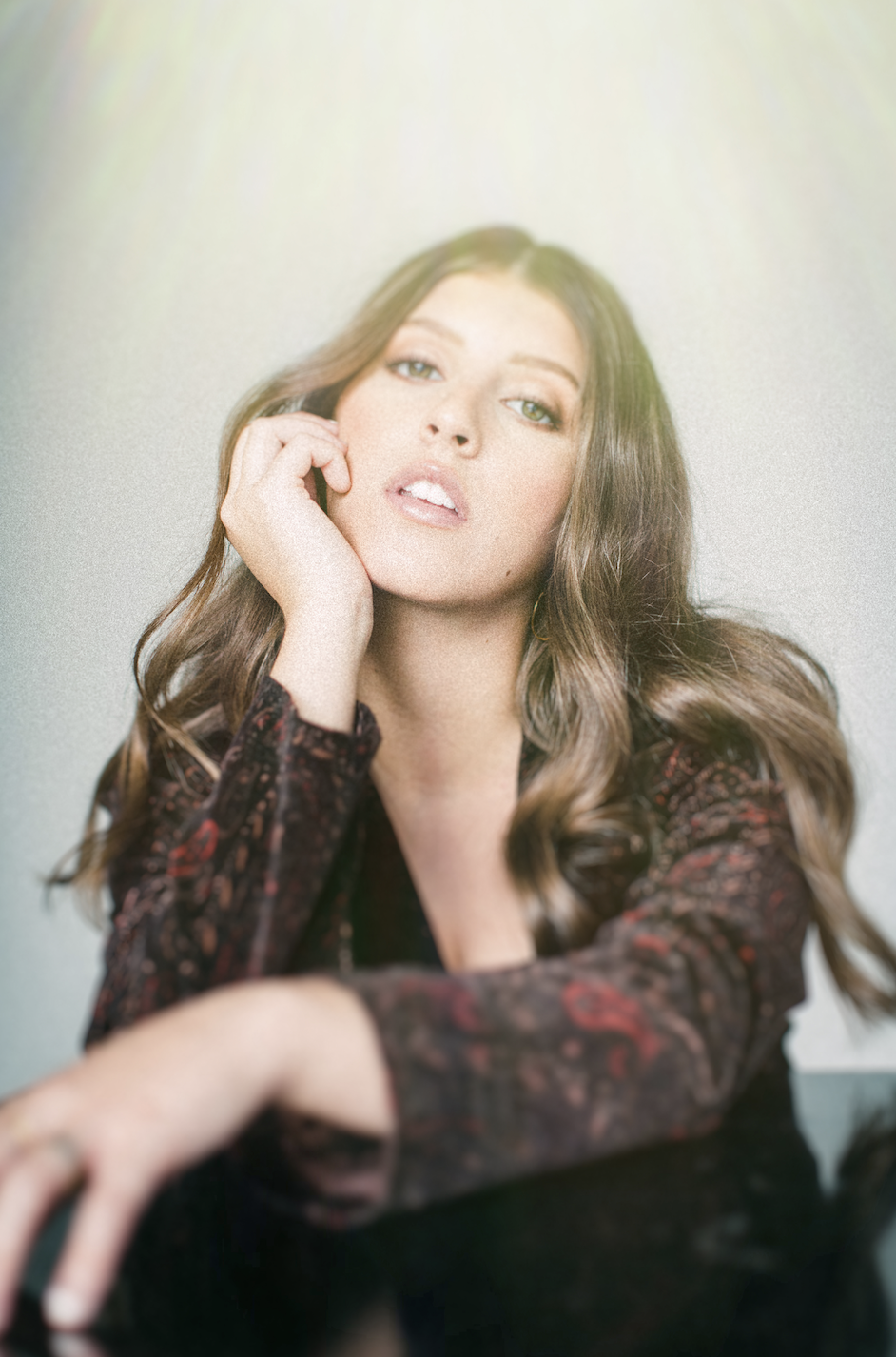 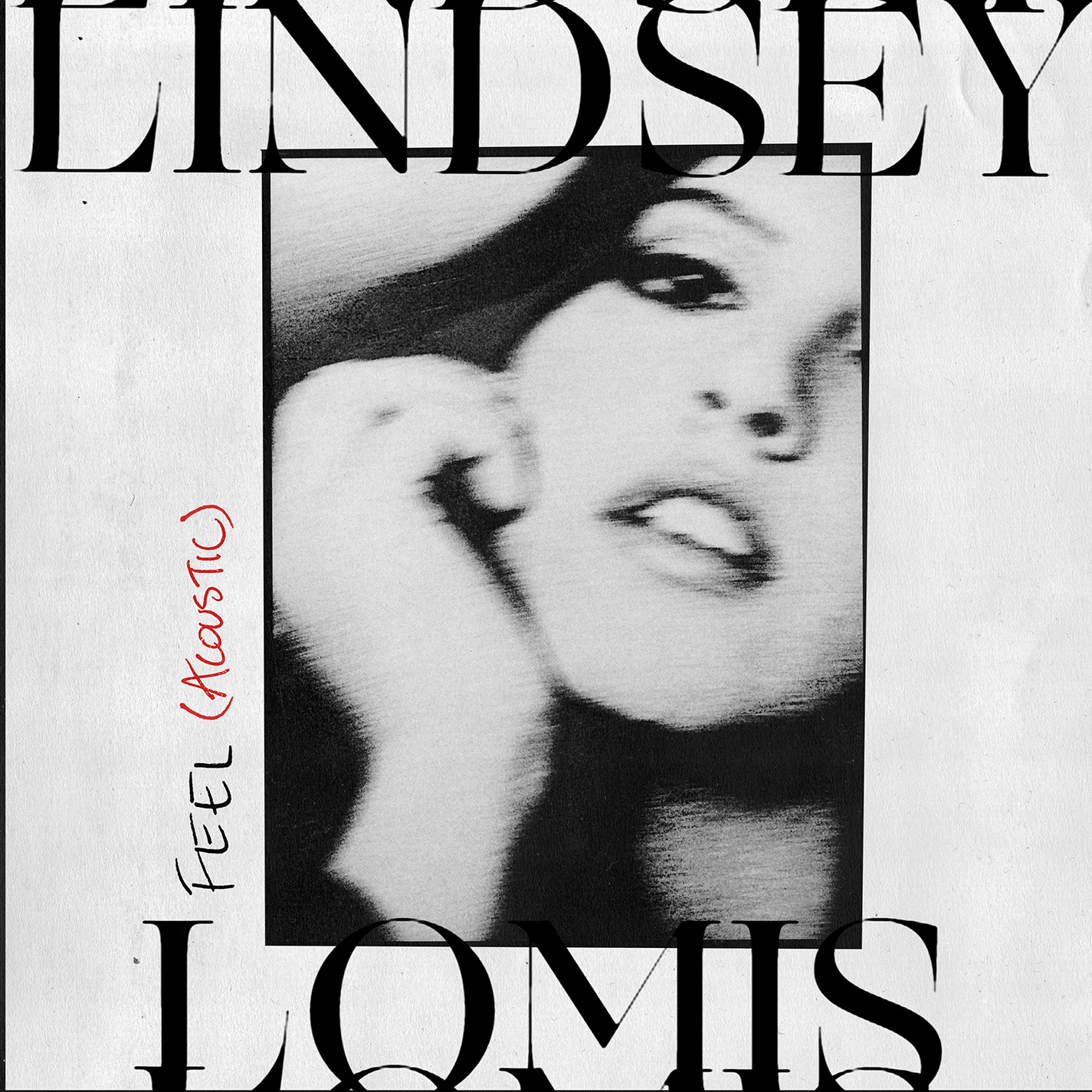 Lindsey Lomis embodies the spirit of a Gen Z teenager speeding headlong into the future. Her music is filled with clever hooks, electronic edginess, and emotional depth. Born and raised in Nashville, Lindsey has been honing her craft since the age of nine. Her newest single, “Feel,” recounts the drama of teenage friendships, veering toward […]