In its ten new songs, Andy expands upon his signature country-noir style to incorporate lush string arrangements, an ever-richening vocal sound, and a more immediate, personal style of songwriting.

All The Love Songs Lied To Us is an exploration of romance and heartbreak, themes that are at the very core of country music. But as its title suggests, the album is also about the legacy pop songwriting has left—and about the very act of songwriting itself.

The album was recorded and mixed at legendary Montreal studios Hotel2Tango and Breakglass Studio and features guest appearances by Patrick Watson, The Barr Brothers, and Ariel Engle of Broken Social Scene.

The album comes on the heels of Andy’s hugely successful 5 Albums/5 Concerts series, which saw the 36-year-old leading a band composed of Montreal’s premier musicians through live performances of a different Leonard Cohen album in its entirety every concert. The official companion concert series to the Musée d’art Contemporain de Montréal’s “A Crack in Everything” Cohen retrospective, the project allowed Andy to sing duets with such singers as Coeur de pirate, Ariane Moffatt, and Martha Wainwright and was lauded in the New York Times.

Indeed, Cohen’s influence on All The Love Songs Lied To Us looms large in its themes of love, loss and war.

“Cohen’s way of addressing the matters of the heart has always been the bar I’ve tried to set myself as a songwriter,” says Andy. “Unlike anyone else in music, he wrote about romance, God and longing in ways that never seem flippant or simple. His lyrics feel like they’re written with a chisel in stone.”

The production and style of Cohen’s early albums also served as a model for this, Andy’s fifth studio album.

“To me, Cohen is a Voice, a true ‘singer’,” says Andy. “And the way he set his unorthodox, deep voice drenched in reverb above his arrangements to draw attention to that was something we consciously tried to emulate in the studio.” 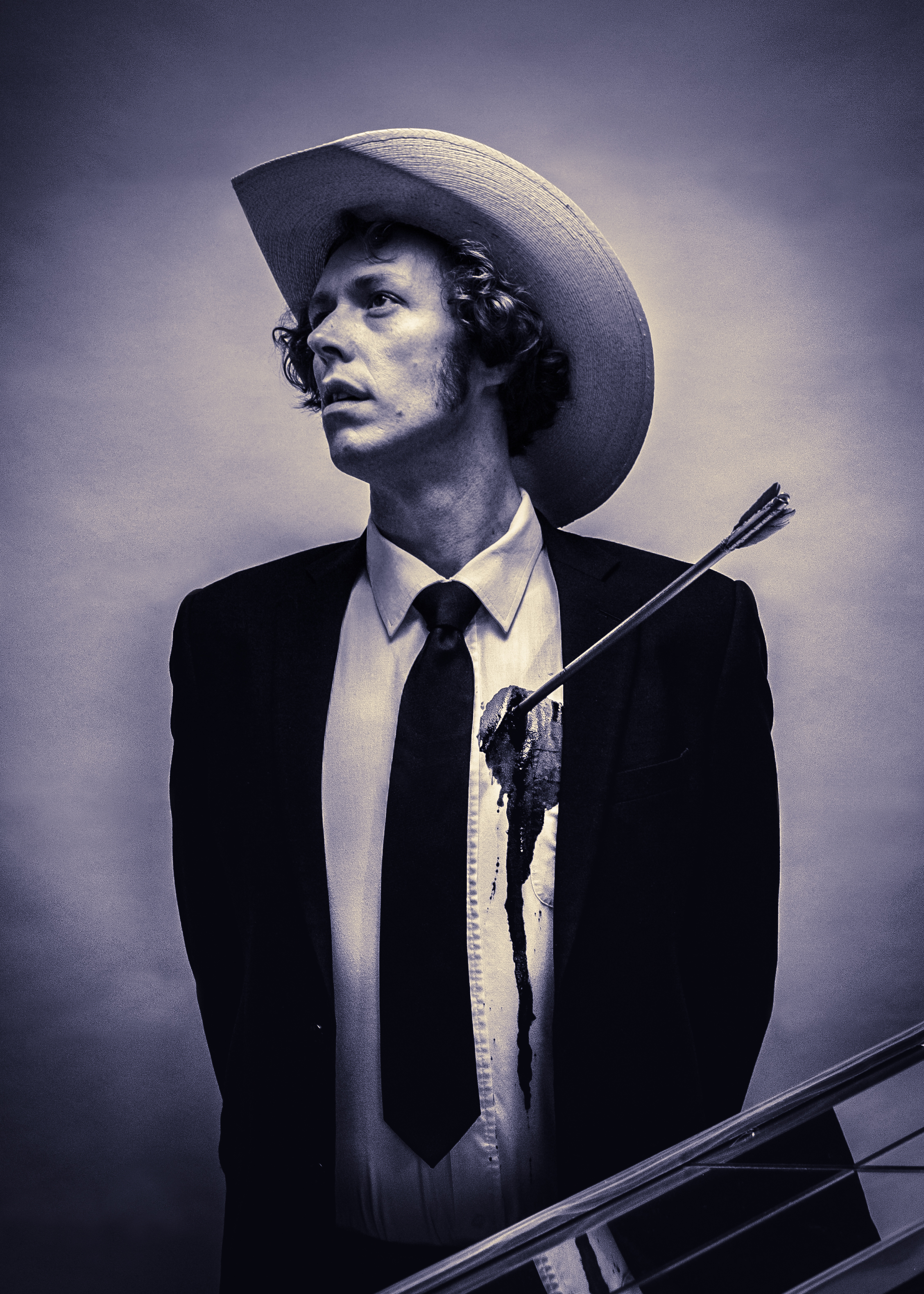