WILD (vol. 1), the first installment of the new album by acclaimed singer/songwriter, Lesley Pike, will be released on October 28th.

The evolution of singer-songwriter Lesley Pike’s musical journey takes centre stage on October 28th with the release of WILD. The recording artist’s fourth disc, which will be released in two volumes, is an accumulation of confidence and drive as well as an all-important focus: producing and creating music on her terms. The result of her ambitions? Fourteen stunning recordings which represent new heights in Pike’s song craft—ranging from the personal into the universal. Take, for instance, “Bar Américain.”  The song chronicles Pike’s powerful storytelling abilities by way of her lyrics, which share memories of a real-life romantic encounter she had in a bar in London, England. Lines such as, “We run with wild abandon / with whiskey on our breath and in our veins / we talk like we have got forever / but we kiss like we’ve got no time to waste” provide a stool-side point of view into Pike’s elations and emotional epiphanies.

“I felt confident to produce myself because I could take more risks and open up in ways I never thought possible. In the past, I always thought people knew better than me, so I would give way… This time I’ve realized I don’t have to outsource—I can tap into who I am for the answers.”

This same type of intimacy can be heard in songs such as “Home” and “Tall Tales,” which convey conversational anecdotes via lyrics and vocal delivery reminiscent of folk-country-pop greats ranging from Dolly Parton and Father John Misty to Jenny Lewis and Aimee Mann. Both “Home”and “Tall Tales” dig into Pike’s internal dialogue, making listeners feel as though they are being held close in Pike’s confidence, much in the same way an old friend would be.

“I wanted to write a record that digs a little deeper and looks inward, staying away from that fast superficial digital world where people are quick to write lovers off, cancel villains and immediately look for red flags,” she says. “These songs are about taking the time to open up and discover yourself and others.”

Another giant leap forward for Pike is the album’s blend of sounds. WILD certainly lives up its name, unabashedly basking in modern and traditional folk composition while grangerising verses with rock-and-roll edges. Crunchy, electric and pedal steel guitars compliment Pike’s riveting melodies, delivering a mix of bittersweet lyrical punches and ethereal notes. While Pike’s prior discs­­­ – such as 2015’s November and 2018’s Honey & Rust – spoke directly to her classically trained beginnings, WILD lets loose and brings in a fuller power of a band to support her. “I wanted to hear that sense of community and collaboration happen organically in the recording and was able to record in what I would call a dream scenario with people that just played off each other.”

Having recorded the 12-song collection largely in the United Kingdom in various settings, including a converted Norfolk studio that was once an ambulance station in WWII, an industrial warehouse studio in Leeds, and finishing up at the legendary Abbey Road studios in London, taking the lead on production was something which Pike insists changed the game. “It gave me so much freedom and space for the music to develop in a way that didn’t seem forced or rushed: it felt like it was natural.”

At the centre of Pike’s latest effort are her starkly personal lyrics which define the album’s transformational themes. The album’s glorious title track, “Wild,” showcases Pike’s self-assurance and insight. The song’s amplified drums and majestic vocals showcase Pike’s breadth, a range of tones which soars from tender and compassionate to fierce and poised from chorus to verse. Another standout, “Dear John,” continues to surprise listeners as it flips the script on the clichés a Dear John letter usually brings up, offering a wish list of dreams, desires and ambitions.

“Instead of a revenge or angry song, I wanted to write a letter to myself,” she says. “It made me understand who I am a little more and what it is I want in a relationship,” Pike says. “My last album, Honey + Rust, was about a bad break-up and being in a dark place;I think WILD is about the resilience that comes after the pain.”

Songs such as “Paper Thin” and “Six O’Clock News” follow the same path, questioning and challenging the perceptions of modern love. The latter track was inspired by witnessing a performance of a play called The Hunt, adapted from Thomas Vinterberg’s film about an innocent man wrongfully accused by his community. The production was so impactful that it pushed Pike to see it again and then write “Six O’Clock.”

“I like writing about juxtapositions and finding the humanity in people takes the most out of me,” she explains. “Art that is powerful, art that that forces you to look inside yourself, art that makes you relate to the unrelatable… That kind of art motivates me.”

By allowing herself to be so open and vulnerable to mining into her own experiences via song, Pike’s WILD is set to motivate others. Her compositions and performances on the disc epitomize her trajectory as an artist and a woman: exploring the emotional terrain of both roles with a sensitivity and complexity that is bound for acclaim. 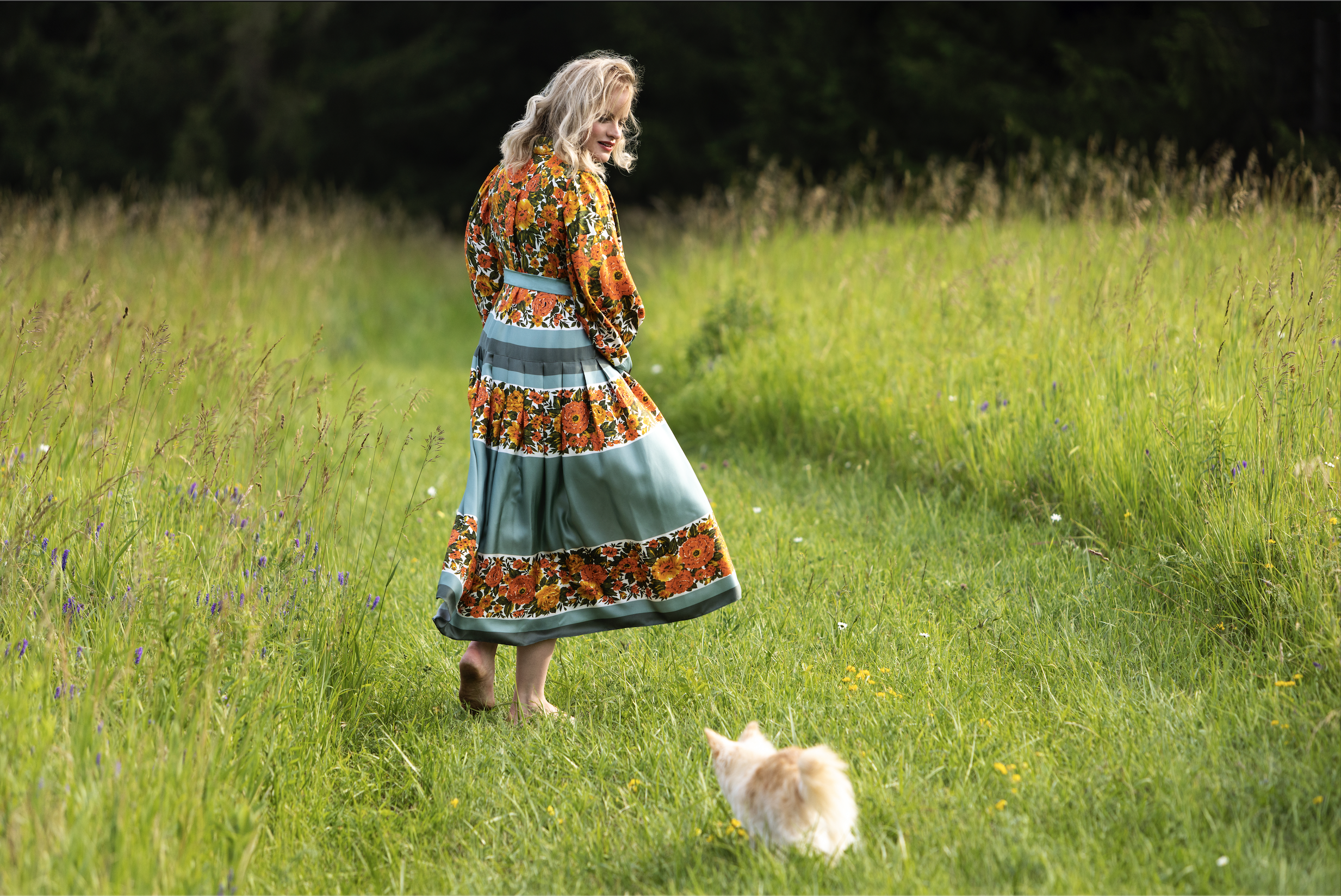 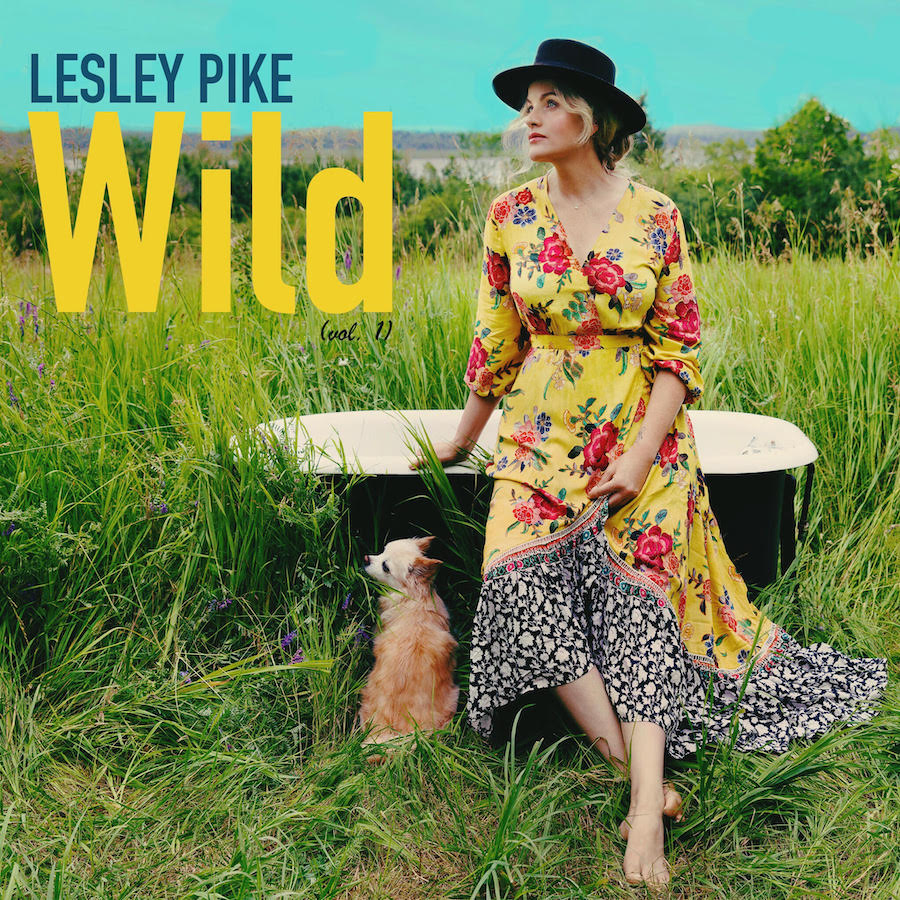