Forming in 2015, the band played frequently in and around Toronto before releasing their debut LP, Beached, in October 2017.

Knifey’s music has since evolved into a more varied sound, combining elements of power pop, introspective ballads, surf rock, and straight up punk.

Now, the band is gearing up to release a second full-length album in 2020 called Sleepwalker.

With their latest material, the band shows no sign of slowing down, and is only becoming more adventurous in their sound. 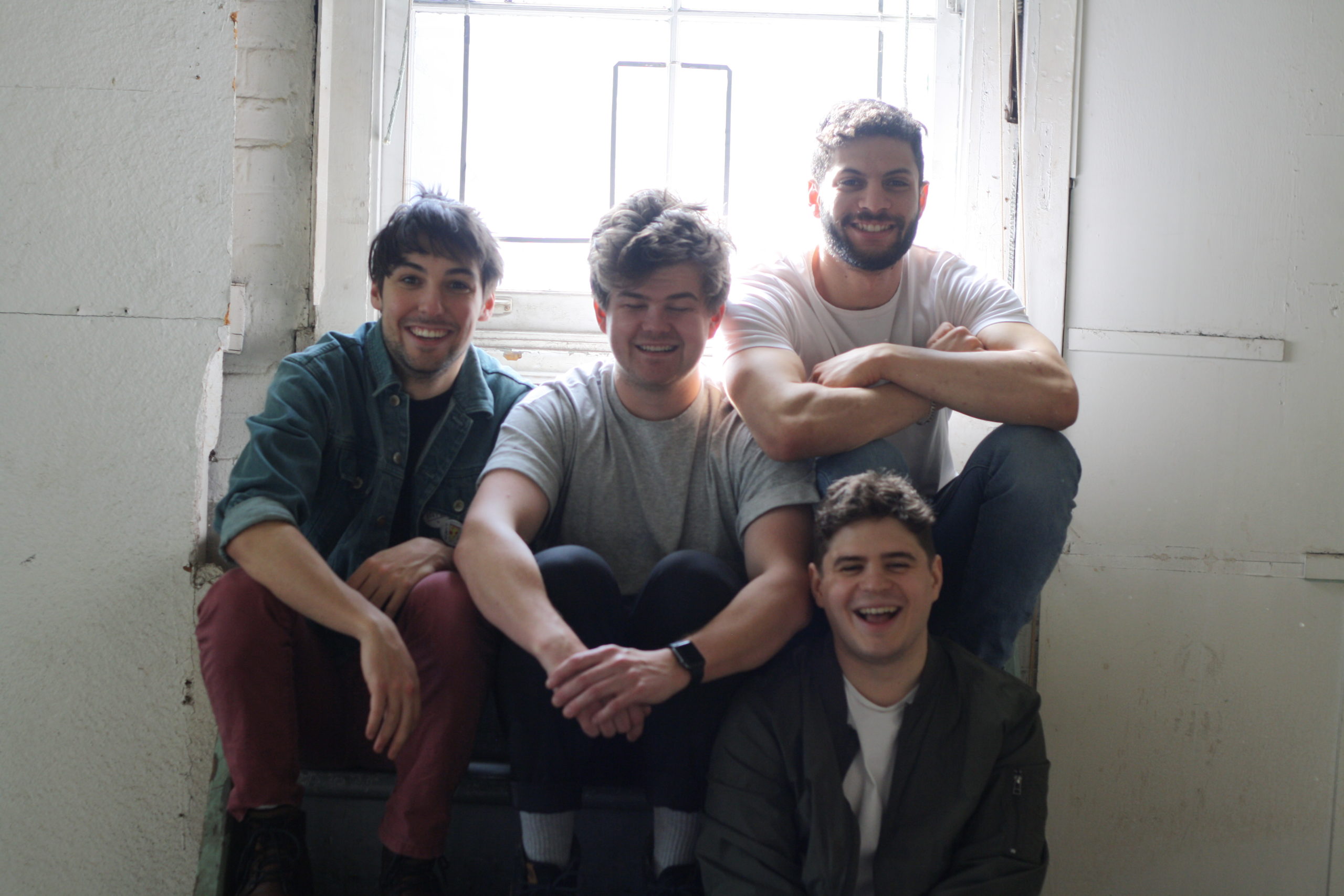 KNIFEY, an indie rock band from Canada/Toronto, has released the MV of the single “Savage” released in June!

SOME PARTY TALKS ABOUT KNIFEY IN THEIR WEEKLY ROUND UP

The gritty, energetic new track was inspired by Point Break. Using a bouncy baseline, reverb-heavy guitar lines, and surf-rock instrumentals, the track serves as a not to the movie’s surf themes. With lyrics like, “And he’s always searchin’ for the one/ That perfect wave/ Let’s ride off into the sun/ Until our days are done,” […]

Watch KNIFEY’s “Serf” video over at The Deli Magazine- Toronto!

Watch KNIFEY’s new video for “Serf” over at What Happened To Your Band?

The latest from KNIFEY and Tamtam are both featured in SoundChips’ Songs of the Week!

The latest from KNIFEY and Tamtam are both featured in thereviewsarein.com’s New Music Spotlight!

Check out the new album review of ‘Beached’ by KNIFEY on Eclectic Music Lover!

KNIFEY’s new LP is up on Punktastic as a Track-by-Track. Head on over to get the full insight!

KNIFEY’s “Beached’ is now streaming in it’s totality over at the great Pure Grain Audio!

Head over to Sound Fiction for a listen to KNIFEY’s new single ‘Summer Girls’.

Check out what ThePunkSite.com says about KNIFEY’s track ‘Summer Girls’

“Dripping with summer soaked nostalgia, the track is a last stand to the waning days of perpetual sun and a holiday romances.”

PREMIERE! New KNIFEY track is up on Punknews.org now!

KNIFEY named Local Artist of the Day at PureGrainAudio.com!

PunKanormal Activity shares KNIFEY’s new track ‘Rio’. The song is set to appear on their debut LP out Sept. 29th!

KNIFEY’s new single is a song for the summer and it premiered today at New Noise Magazine!

New music from I M U R, KNIFEY, and Fake Shark in the latest edition of #BandsSpotted at Novella Magazine.

KNIFEY is back with new single ‘Tanlines’ premiering now at New Noise Magazine!

Get acquainted with KNIFEY at Clunkmagazine. Debut single ‘Sophie’ out now!

Debut single from KNIFEY is premiering at Punktastic today!