Janice Jo Lee is a dynamic artist. Born in Toronto to a Korean immigrant family, she grew up as a straight-A student, preferring soccer to her piano lessons. By the time she graduated from Wilfrid Laurier University with a degree in English Literature, she was a songwriter performing locally with The Radical Choir.

“I was tired of waiting for the musical theatre club to cast me in a lead role. It wasn’t happening. So I became a songwriter so I could give myself the solos I knew I could sing,” says Lee.

In the first ten years of her career in Kitchener-Waterloo she steered the emergence of its next generation of spoken word poets as the director of the KW Poetry Slam. As a folk music producer, she cultivated the local scene as a series curator and programmer. As an outspoken activist and organizer she brought forward uncomfortable conversations around racism and white supremacy in the local social justice culture and queer community.

In the next few years Lee toured the country and screened a full-length documentary called The Legend of Sing Hey (Dir. Becca Redden) at Rainbow Reels Waterloo and Toronto Queer Film Festival. She wrote and performed a critically-acclaimed one-woman musical titled Will You Be My Friend, (Dir. Matt White) a searing satire on cultural assimilation and whiteness in Canada. And she composed original music for three plays: Shaded by Nada Abousaleh, I Don’t Know and the Dora-nominated Suitcase, both by Syrian-Canadian playwright-actor Ahmad Meree. During the lockdown Lee expanded her practice facilitating anti-oppression conversations for universities and organizations such as Folk Alliance International.

Lee’s artwork has always been one with her activism. Her songs, poems and plays are immersed in issues of gender empowerment, community, climate change, the environment and antiracism. On stage she performs spoken word pieces and songs built on layers of cascading harmonies. With her guitar, looping pedal, trumpet, Korean janggu drum, disarmingly funny candour and poetically-dense lyrics, Lee commands the stage. She conjures warm energy, asks questions about our times, while leaving audiences aglow and thinking.

This year she releases her long anticipated song cycle album titled Ancestor Song. Drawing inspiration from her island-dwelling family roots in South Korea, Lee says that “these melodies access a musical spirit deep in my blood memory. Melodies I feel have been passed down to me by my ancestors, who gave me the voice in my chest and my body as instrument.” The songs are folk in tradition, concerned with contemporary issues of the people and land. The melodies are rousingly thematic and supported by expansive jazz harmonies. Many songs depict water as a force of healing, power, drowning and destruction.

Stay tuned for the first single “Here I Am” a funky empowering anthem, to debut in October 2022. The album Ancestor Song, produced by Kitchener-Waterloo’s avant-folk-rock artist JoJo Worthington, comes out in 2023. 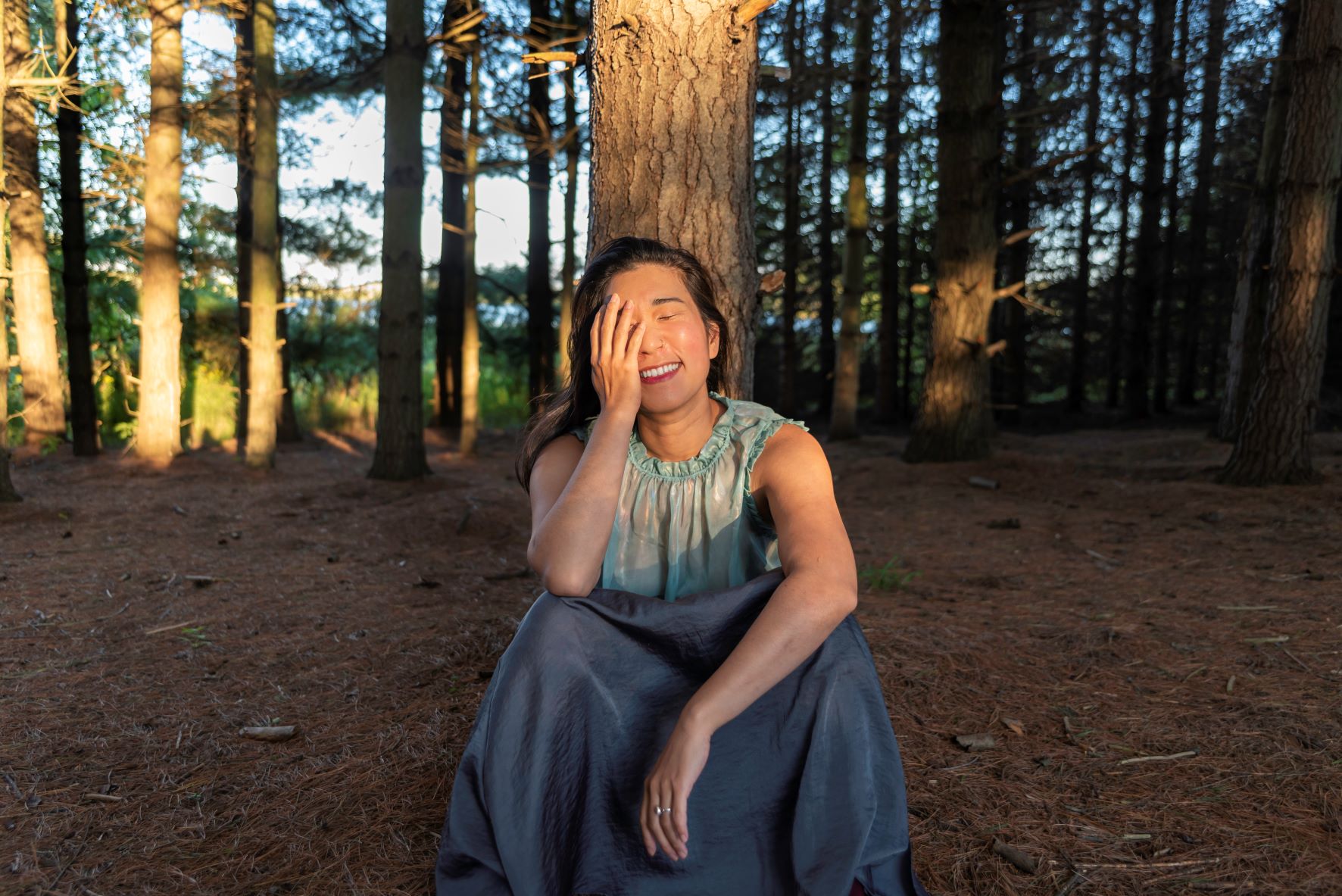 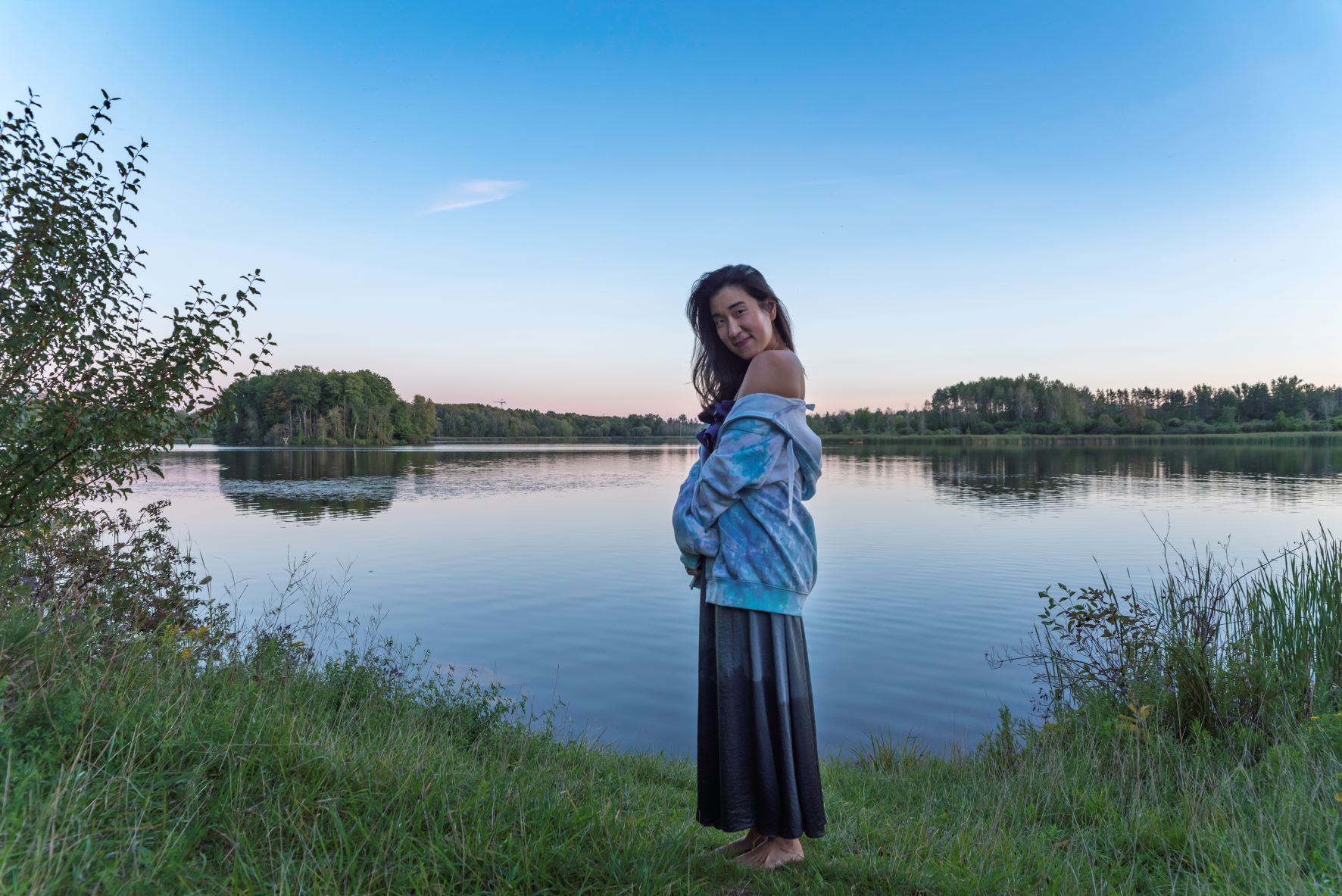