iskwē | ᐃᐢᑫᐧᐤ is, among many other things, an artist – a creator and communicator of music and of movement, of pictures, poetry and prose. And through it all, she’s a teller of stories that have impacted our past and will inform our future.

The Stars is the inverse of acākosīk, starting with the title which is the English translation of the cree word acākosīk. Where acākosīk is a blaze of sonic exploration, The Stars is an elegant and intimate sharing of the collection allowing iskwē’s songwriting, voice and spirit to shine. The Stars features entirely new arrangements of the six songs with iskwē accompanied by a trio of piano (Michael Shand), cello (Mariel Gonzalez), and violin (Laura C Bates) recorded live-off-the-floor at Revolution Recording in Toronto and a dramatic orchestral reimagining of “Night Danger (Lovers Mix)” recorded with the FILMharmonic Orchestra (Prague). Where acākosīk demanded our attention, The Stars invites us into an emotional and soulful experience with iskwē.

Over the past year, iskwē has channeled her energy into creating art and expanding her professional experiences. In addition to recording The Stars, she and Tom Wilson, by happenstance, have come together in a dynamic and soulful pairing. Their performances are magical, with chemistry and playfulness knitting together an Americana infused vibe. Their debut track, a cover of Tom’s song “Blue Moon Drive” featuring Chuck Copenace on trumpet has been released on the Red Music Rising label. Other interesting collaborations include a contribution to Splash’N Boots’ recently released album Heart Parade and an upcoming dance mix of “Nobody Knows” by LA DJs Henry Strange and Suniel Fox. iskwē is also enjoying being a co-host of the podcast The Chesterfield produced by Friends of Canadian Broadcasting. 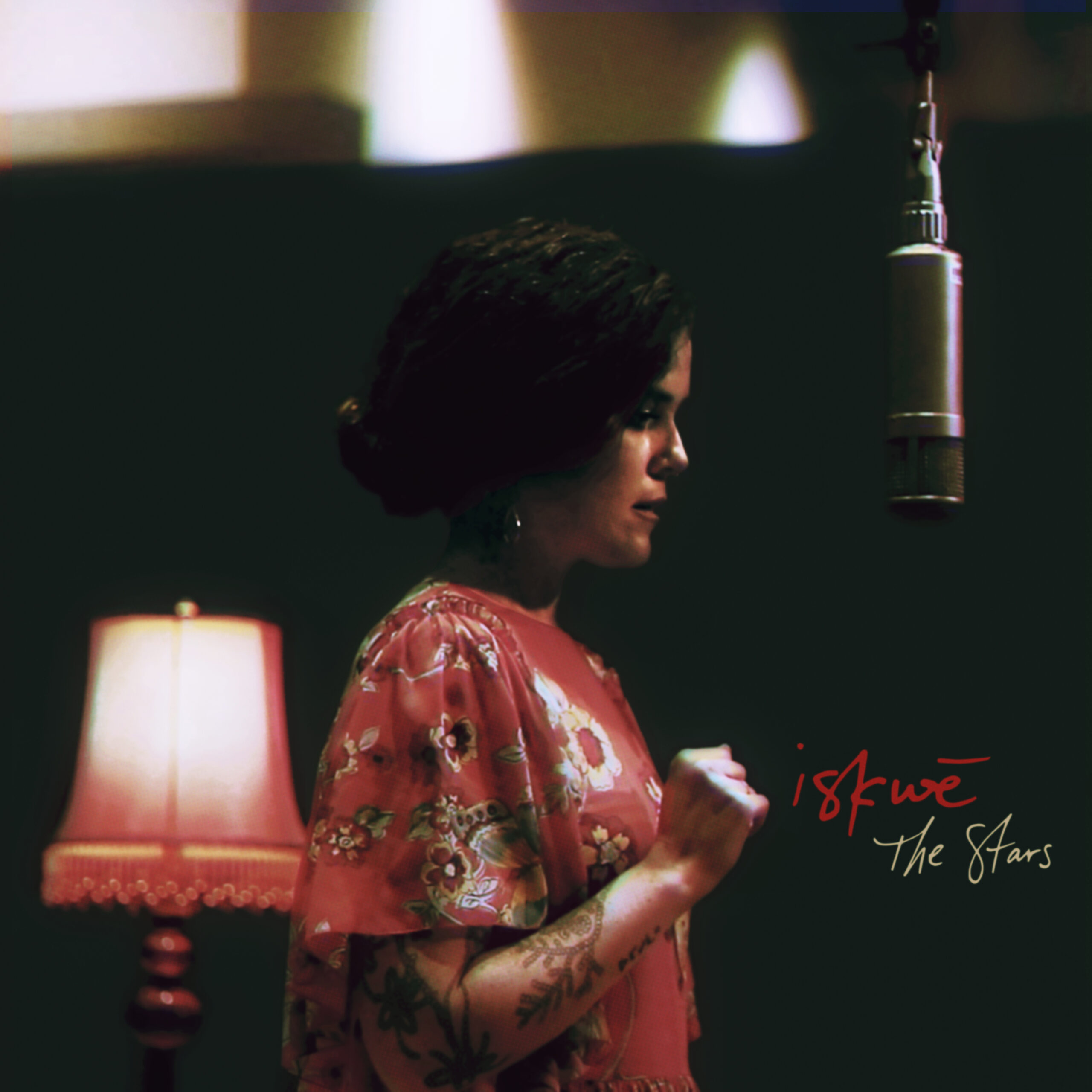 Kristin Archer talks with Iskwé on episode 214 of I Heart Hamilton Tour – listen now via 93.3 CFMU!

Thanks to the wonderful Kristin Archer of I Heart Hamilton Tour for including tracks from Ellevator, Iskwé, and Sinister Bodies Of Water in the March 2018 playlist!

Hear Iskwé’s new single “The Unforgotten,” featuring Tanya Tagaq, over at The GATE!

Halifax Bloggers’ Midweek Mixdown (Side B) is stacked with the latest from Ellevator, Iskwé, danielle duval, The Elwins, and Kasador!

Iskwé’s powerful new single “The Unforgotten” feat. Tanya Tagaq is among CBC Music’s songs you need to hear this week!

ICYMI – The Revue had Iskwé’s “The Forgotten” on Saturday Sampler!

Iskwé and her new song “The Unforgotten” makes it on ‘Best New Indie’ this week via Indie88Toronto!

Watch Iskwé open her First Play Live session with “Ice Walker” and then ramp up into a fiery performance of her song “Disturbed.”

Iskwé has one of the best protest songs of the year according to CBC Music!

DOMINIONATED has a review of ‘The Fight Within’ by Iskwé!

Iskwé is one of 5+ Contemporary Indigenous Artists You Should Know according to AudioFemme!

Great piece over at Bandcamp today with Iskwé! A must read.

Brand new I Heart Hamilton Tour playlist is up and it includes songs from Iskwé, Jaunt, TEEN RAVINE, The Elwins!

Iskwé talks Culture + Community in an interview with Golden Mixtape.

Check out Ride the Tempo’s feature on Iskwé’s track ‘Soldier.

Iskwé’s latest single, “Soldier”, is dedicated to all present and future protectors of the land and water

New tracks from Andi, Freedom Baby, Iskwé + a ton of other great songs are up on SheWolf Radio.

Excited to share the latest single ‘Soldier’ from Iskwé. Premiered today at Exclaim!