The name Goosebump might not ring familiar, but the brains behind it have been central to Toronto’s avant pop scene for a while.

At first blush, Paul Erlichman and Neil Rankin might seem like an unlikely pairing of musical polymaths. Paul’s a chess champion, always wearing his game face and thinking a few moves ahead, while Neil’s more of a mad scientist, heedlessly fusing together a wide range of musical ideas. But like Ray and Dave Davies, or Ron and Russell Mael, they bring out the best in each other; two strong personalities with an uncanny ability to finish each other’s thoughts.

Both talented songwriters in their own right, the two bonded over a deep love of intricate pop music and a shared commitment to erudition in both lyrics and melody. Over half a dozen years and many band names, they’ve become hand-in-glove collaborators, with Rankin’s limpid, agile bass playing acting as tent poles to Erlichman’s guitar playing, which chimes with searching inquisition and expressive punctuation. Their 2016 album Fiji Whizz (released under the band name Germaphobes) had hooks for days, stylish and nimble guitar pop that brimmed with cleverness while not taking itself too seriously, executed in two distinct types of crooning.

The new record, Goosebump by Goosebump, is a distillation of lessons learned and personal growth from two years of the band working on material and touring across North America. Along the way, some changes have occurred: keyboardist Kirsten Dahlin Nolan bowed out after finishing the record. They decided their band name was bad. They started and stopped recording sessions until they felt they’d landed on the right thing, eventually rolling tape with Chris Shannon and Nathan Vanderwielen at Sonology, and later mixing with Adrian Mottram.

If the last record gave voice to the band’s nascent aspirations, Goosebump by Goosebump showcases a hard-won sense of accomplishment and identity. Never before have Erlichman and Rankin shown such a clear sense of their songwriting strengths and how to mobilize them, resulting in a record that moves excitedly from one idea to the next, full-hearted and effusive in its sophisticated pop enthusiasm.

Doubling down on the two-sides-of-a-coin approach, Goosebump splits Paul and Neil’s songs down the middle (there’s a “Side P” and a “Side N”) , highlighting both their individual growth as songwriters, and the way they’ve grown closer together as collaborators. Far from being twin silos, the real power of the songs comes from the way everyone pitches in on the details.

Drummer Mike Duffield’s contribution to the final arrangements are crucial, both in terms of his rock solid timekeeping and his gift for understated flourishes. Ruhee Dewji (sax), Kristina Koski (flute), and Lee Rose (violin) also add their voices, and it’s this open trust and collective attention to the seamwork that elevates the songs beyond pop proficiency into something special, a record that defines itself on its own terms while being in dialogue with the world around it.

In a way, Goosebump is a culmination of all that’s come before it, but it feels more like a debut record. From the exquisite chorus-drenched guitars and fully-inside-the-pocket rhythm section, to the lilting violin drones, subtly pitch-shifted piano keys and No-Jacket-Required roto-tom accents, Goosebump by Goosebump is both explosive and elegant, a welcome salutation from a band who’s never known more about who they are and what they’re good at. 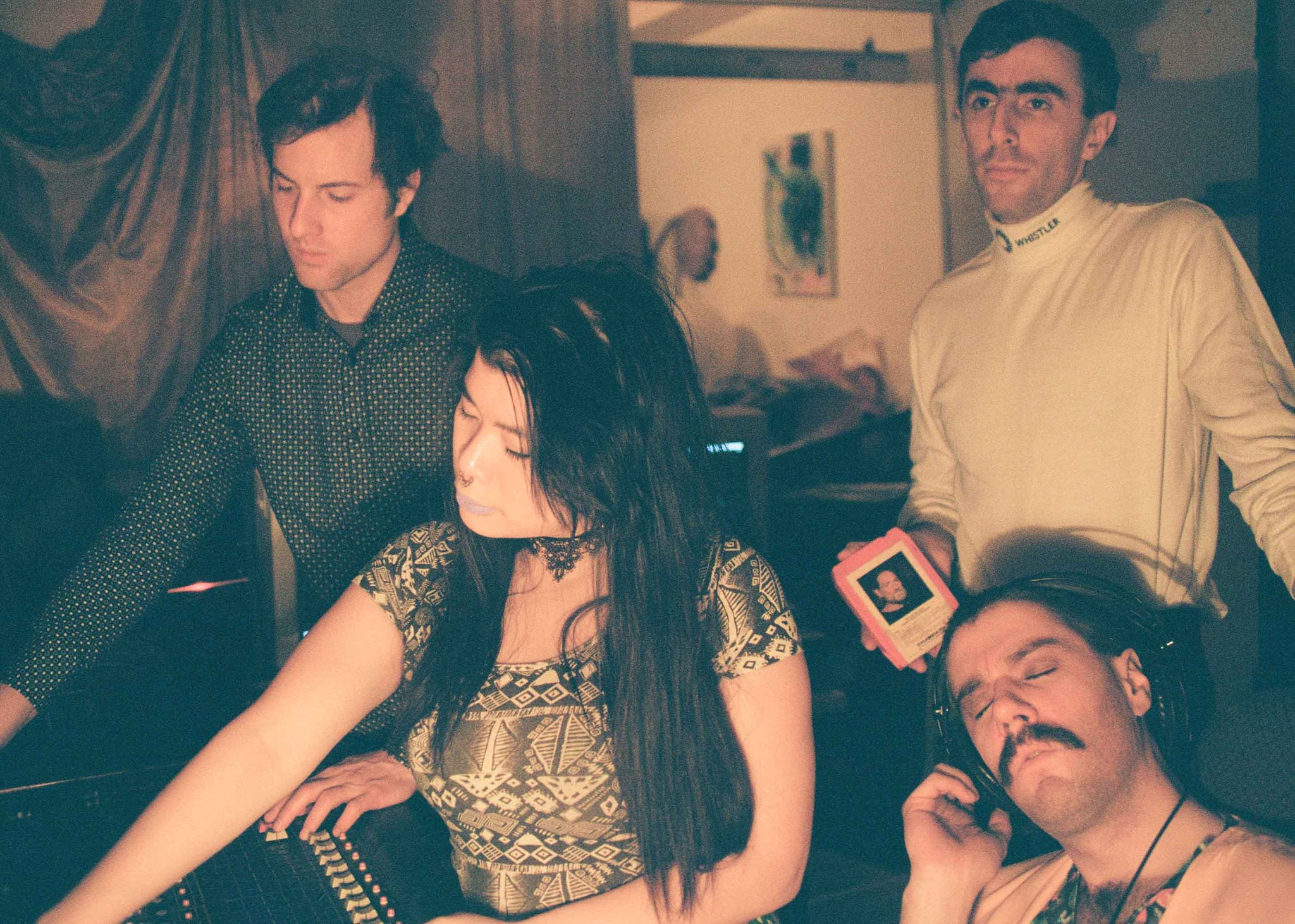 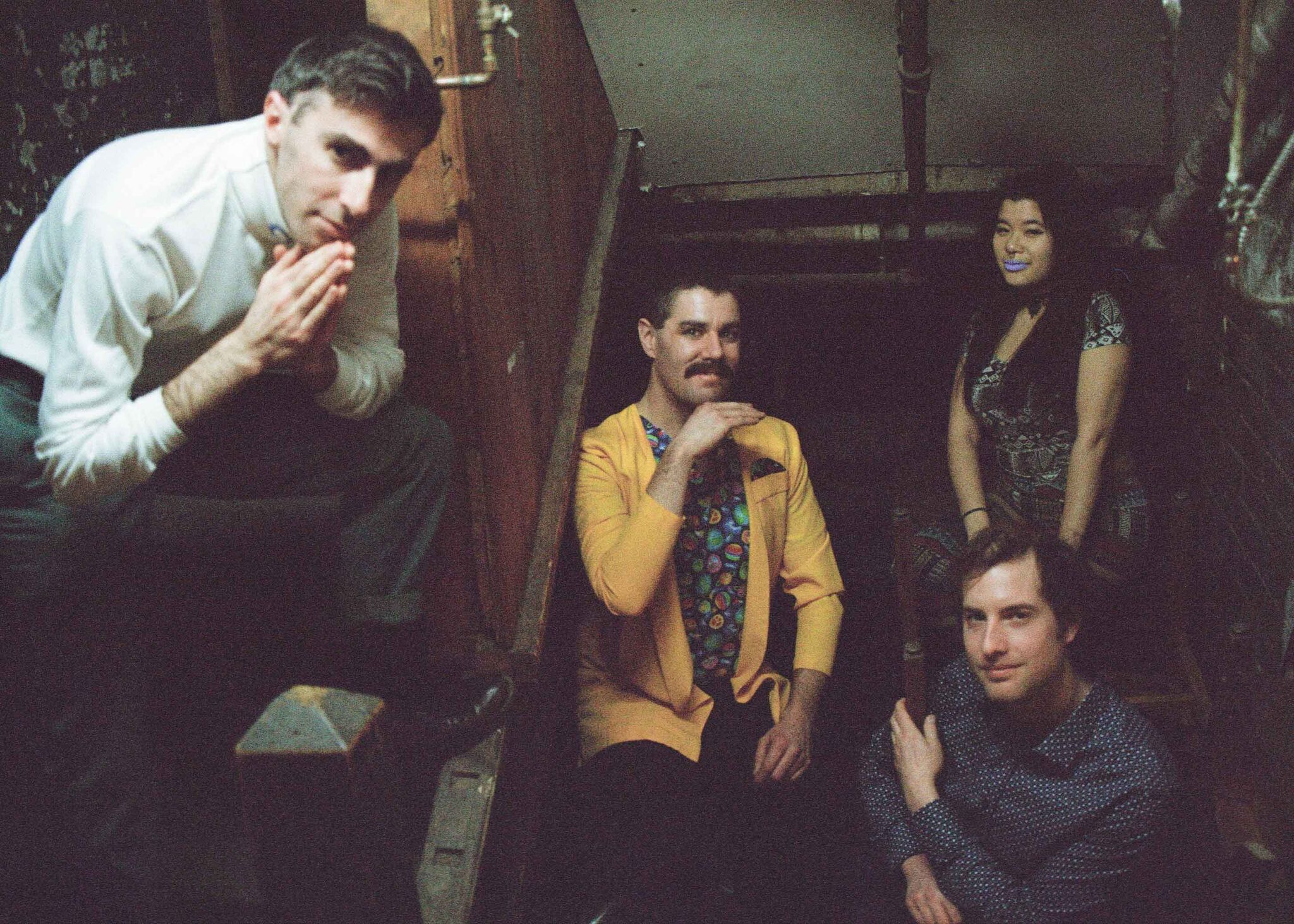 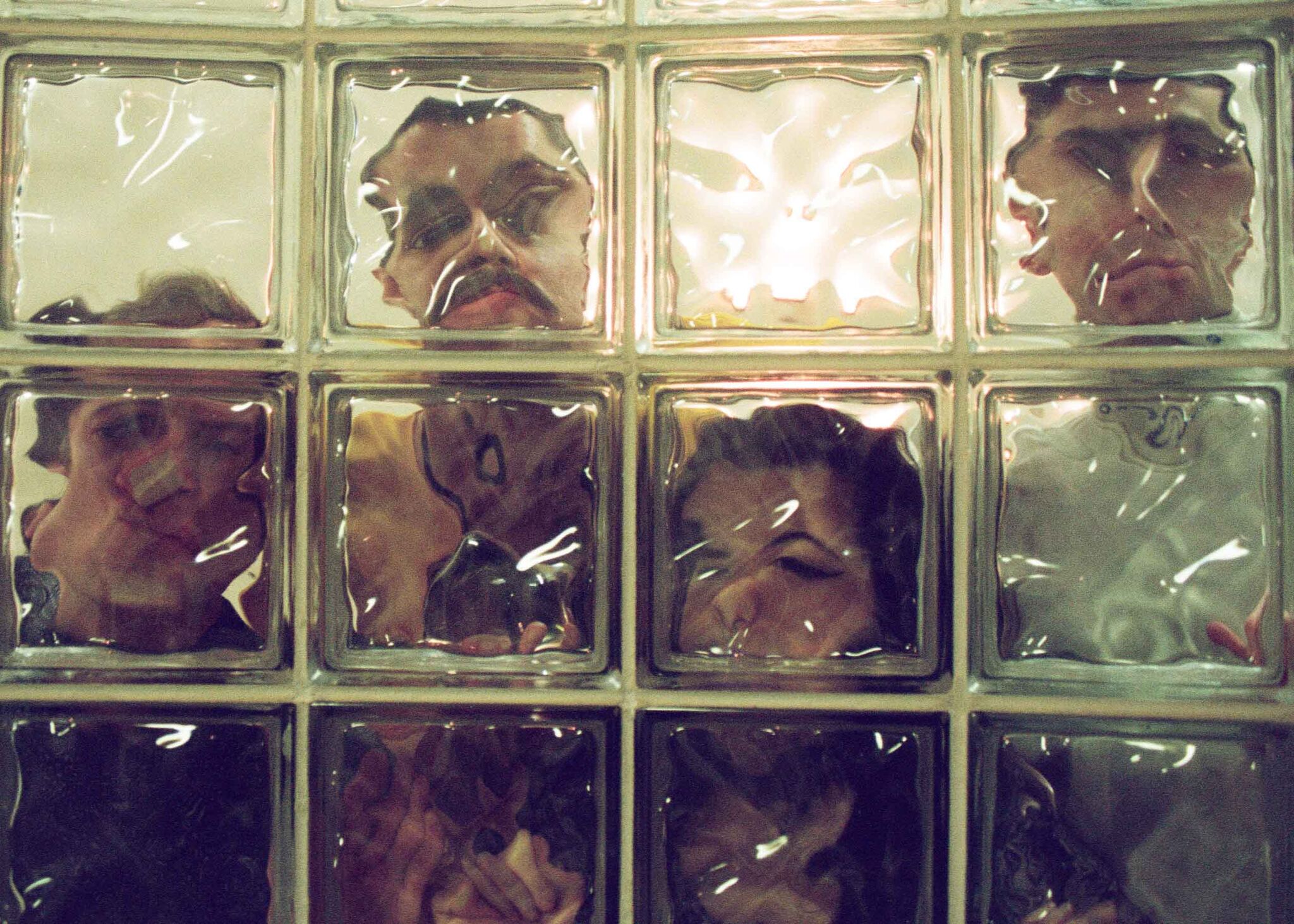 Mark Anthony Brennan shares Goosebump’s “Dream of Pines,” taken from their new LP (out now via Pleasence Records), over at Ride the Tempo!

Congratulations Goosebump on the release of your debut record, officially out today via Pleasence Records! Grab a copy through Bandcamp.

The new edition of Some Party (c/o Adam White) features the latest from both The Dirty Nil and Goosebump!

SONG PREMIERE: Goosebump share “Don’t Have the Heart for the Hustle” over on Punknews.org today!

Magnetic Magazine include excellent tracks from Fake Shark, Mute Choir, and Goosebump in their 15 Best Indie Tracks of May 2018!

The new singles from Wes Allen, Goosebump, and The Dirty Nil are featured in NOW Magazine’s latest #NOWplaying Spotify playlist!

“Heather’s Invitation” by Goosebump is Somethinggood Music’s Song of the Day!

Dive into Goosebump’s unique art rock vibe with “Heather’s Invitation” over at We All Want Someone To Shout For!

Adam White touches on the latest from Goosebump and The Dirty Nil in the new edition of Some Party!

New music from Frankiie, Jesse and the Dandelions, and Goosebump on the latest Audible/Visual Hoots over at Grayowl Point!

Goldmine Sacks includes the new tracks from Goosebump and Isla Craig in the latest Week in Pop via Impose!

Thanks to Noisey for premiering “Heather’s Invitation” from Goosebump!