The search for meaning and a period of self-discovery catalyzed Vancouver dream rock band FRANKIIE’s writing process a few years back, launching the band into a period of self- assertion. Years of touring and the pursuit of different projects have resulted in an act of unity, channeled through Forget Your Head, their forthcoming debut record, out September 20th on Paper Bag Records, which couples the vocal prowess of Feist with the bass-driven, intuitive playing of Warpaint.

Since releasing their debut EP, Girl of Infinity, in 2015, which established the group as deeply harmonious and gifted lyricists, FRANKIIE have grown through playing live globally and taking their writing in a new direction, embracing a nuanced sound which blends psych, alternative rock, and post-punk.

The four women have relished their opportunity to push themselves as artists, claiming their space on the international touring circuit. Most recently, FRANKIIE embarked on a May 2019 tour of the UK and Europe (including international showcase FOCUS Wales) in support of lead album single, “Dream Reader,” whose haunting melodies describe the emotional rebirth crucial to the making of Forget Your Head. Previous tours have taken the band from eastern Canada, as well as up and down the west coast through to Mexico.

“I think honestly what we’ve been doing is becoming better musicians,” reflects vocalist, keyboardist, and songwriter Nashlyn Lloyd. Vocalist, guitarist, and songwriter Francesca Carbonneau agrees, enthusing about the band’s ability to turn touring “into an adventure,” as they have steadily played increasingly larger stages. The band’s opening slot on celebrated UK group The Charlatans’ eastern North American tour in fall 2018 was a milestone, as they played their biggest stages in their continuing journey as best friends and collaborators.

Written over a period of two years, Forget Your Head took shape as the band engaged in writing sessions outside of the city, holing up in smaller locales, such as Nanaimo or Gibsons, to jam, before recording with Jason Corbett of ACTORS at his Jacknife Sound studio. Corbett played an integral role in fine tuning Forget Your Head, explains Carbonneau: “It’s great working with Jason because he’s always willing to work on an idea you might have and go back in and try things until it feels right. His patience and passion are a killer combo for a producer.”

“Funny Feelings” embraces the surf-rock sound the band found through exploring tone and working with new guitars and pedals, as the ominous yet playful track encourages the listener to “feel your intuition.” It’s lush, full band instrumentation recalls the group’s live show, where each player imbues the group with strength and the joy they find in performance.

One of the album’s standout tracks is “Compare,” stemming from Carbonneau’s experience of trawling deep through another’s social media. The track’s rollicking guitars and keys float along an invigorating bass line, giving structure to visions of “a sea of screens.” “We have become normalized to a world of voyeurism, but what we see is often just the projection of a life that isn’t even truly real,” she explains. “We can get lost in the illusion of beauty and success of others; of strangers, and in turn feel like our own life doesn’t measure up.”

It is self-identity which dominates Forget Your Head and has informed FRANKIIE’s approach to accepting change and continuing to grow as artists. “Everything is impermanent, nothing is forever, and so I think that’s a huge lesson in not trying to control everything,” asserts Carbonneau.

Forget Your Head marks the beginning of a new adventure for FRANKIIE, whose work ethic and commitment to their music has paved a bright future for the group. The women of FRANKIIE look forward to touring the world and gaining new audiences through connecting via the messages of self-love and discovery which their album harnesses. 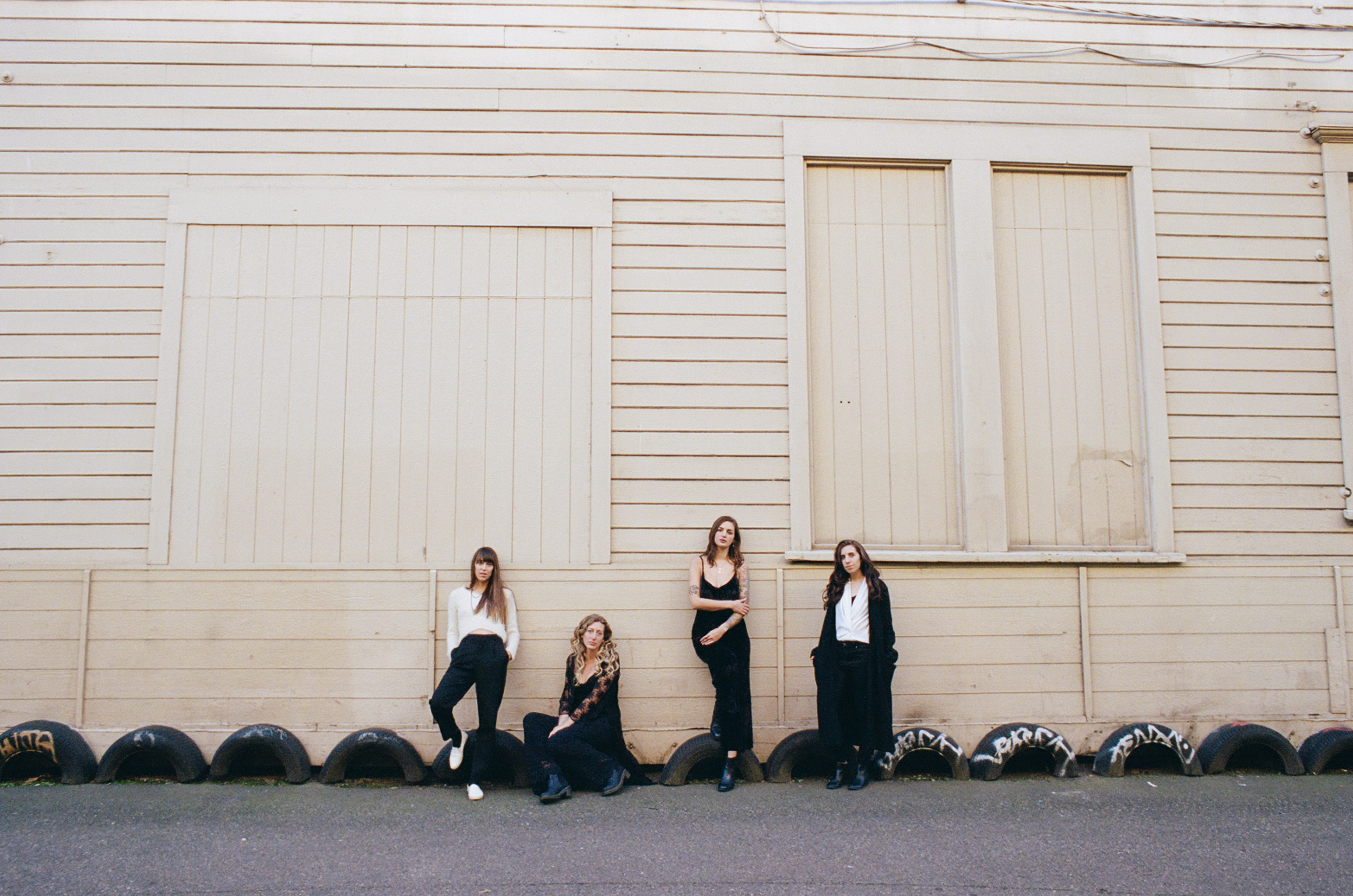 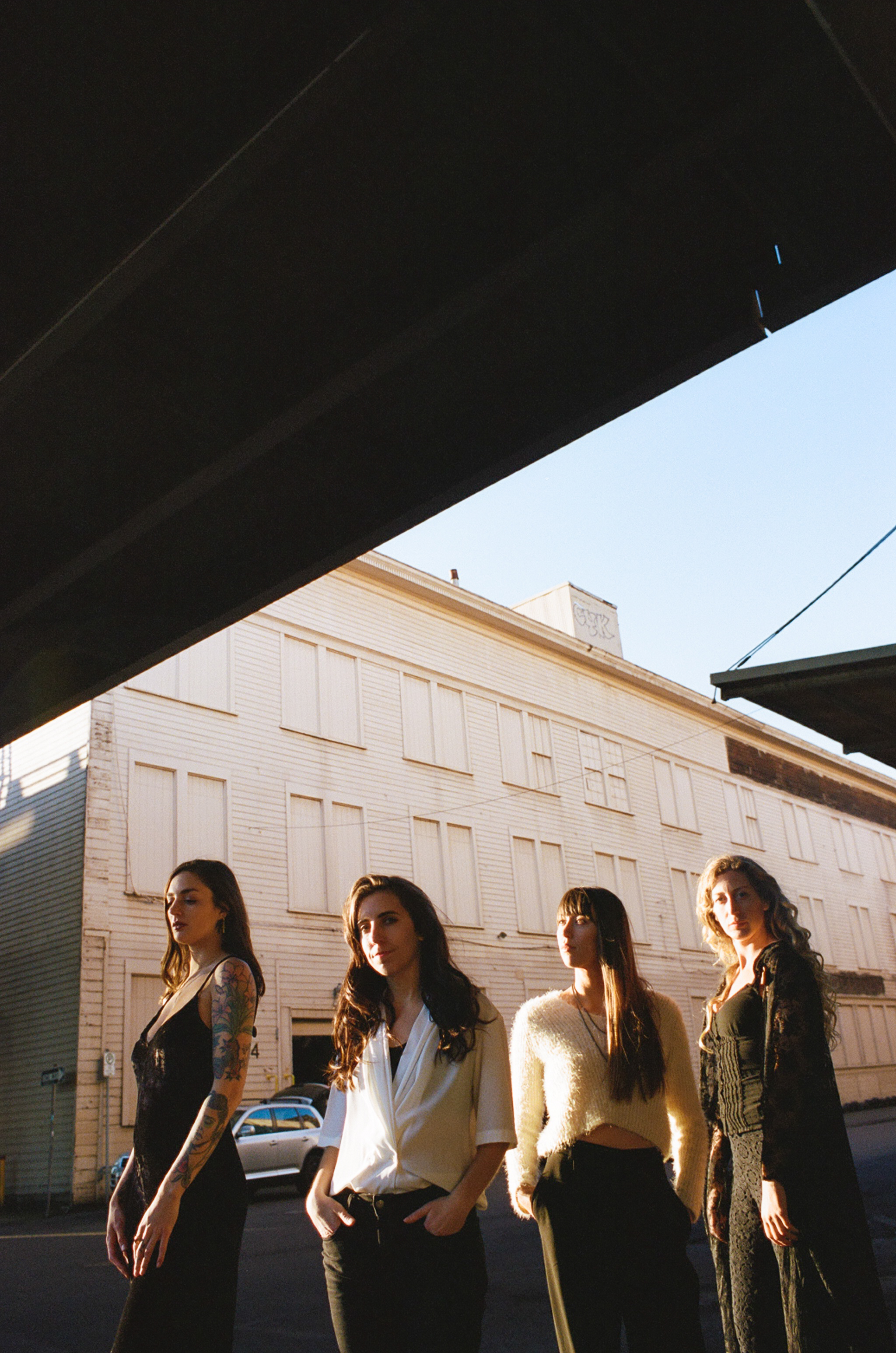 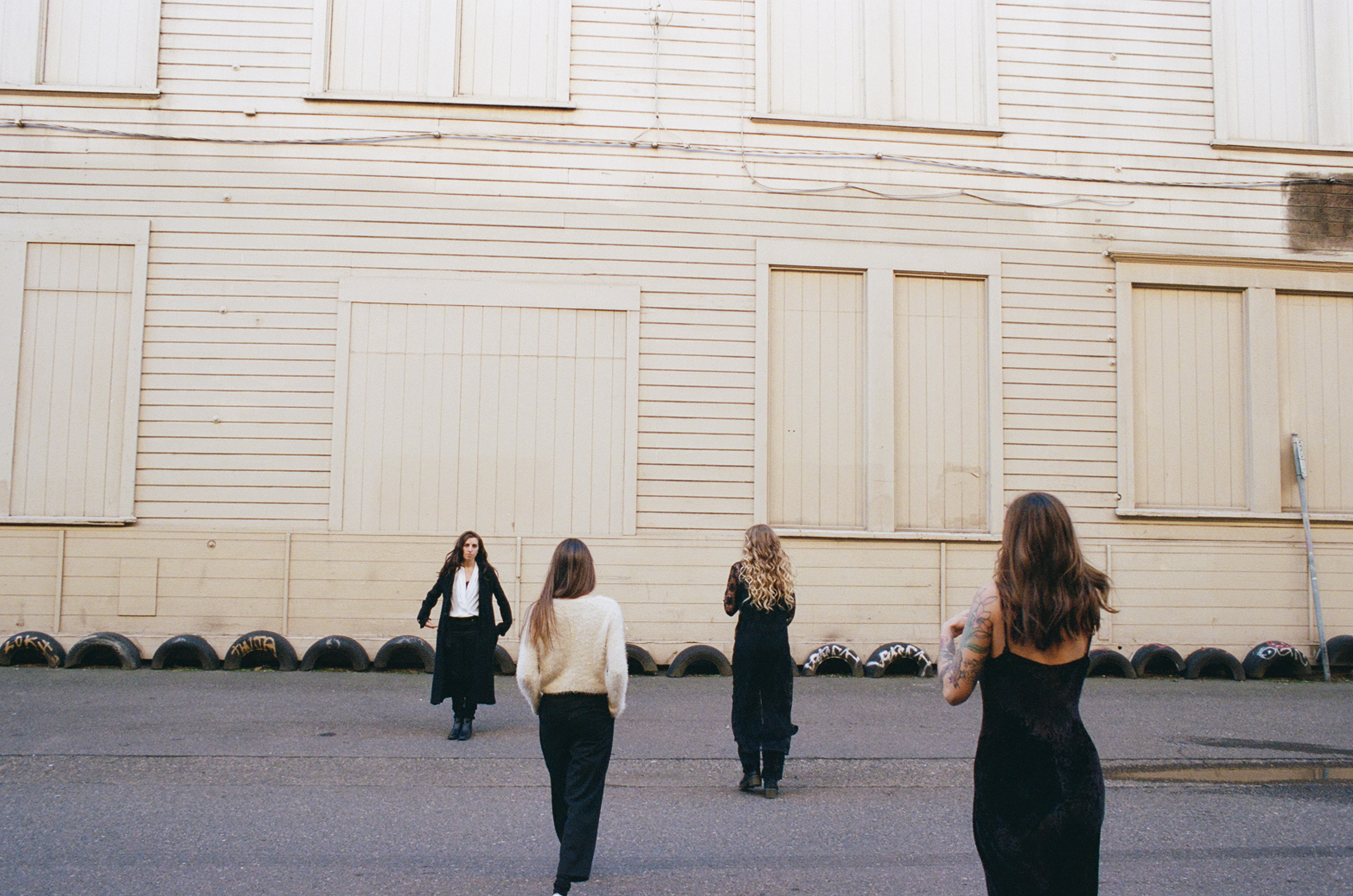 Frankiie’s “Dream Reader” is built upon a carpet of drones and a very minimalistic, yet effective drums/bass pattern – hear it through The Burning Ear!

Wee Claire share Frankiie’s “Dream Reader” over on the blog!

Hear beautiful tracks from Frankiie and For Esmé in The Indie Folx’s Best of INDIE POP 2018 Spotify playlist!

Frankiie explain their new video/single “Dream Reader” over on When The Horn Blows!

GRUNGECAKE include Frankiie’s “Dream Reader” in their latest 7@7 evening playlist!

Get Some Magazine think that Frankiie’s “Dream Reader” sounds like it is being delivered from another dimension – listen now!

New music from Frankiie, Jesse and the Dandelions, and Goosebump on the latest Audible/Visual Hoots over at Grayowl Point!

Northern Transmissions’ Video of the Day is “Dream Reader” by Frankiie!

Watch Frankiie’s new “Dream Reader” video over at We Love That!

The Revue feature “Dream Reader,” the new single from Frankiie, in the latest edition of The Matinee!

“Glory Me,” Frankiie’s ‘celebration of uncertainty,’ is featured in this week’s edition of Audible Hoots over at Grayowl Point!

You can hear Frankiie’s “Glory Me” in the latest episode of Ola’s Kool Kitchen – listen now!

Hear Frankiie’s “Glory Me” in the latest episode of The Strombo Show!

Frankiie’s “Glory Me” was Song of the Day yesterday over at Somethinggood Music!

Stereofox are looking forward to hearing the rest of Frankiie’s debut LP – stream “Glory Me” while you wait for more from the Vancouver four piece!

I Heart Moosiq swoon over Frankiie’s “Glory Me” – listen now over on the blog!

The AU Review make Frankiie’s “Glory Me” their Video of the Day!

At cost magazine shares “Glory Me” from Frankiie – watch/stream now!

Northern Transmissions dub Frankiie’s “Glory Me” visuals their Video of the Day!

B-Sides & Badlands include Frankiie’s “Glory Me” video in their Boombox Blitz series!

Hear Frankiie’s “Glory Me” over at Music Injection Aus!

Frankiie’s “Glory Me” is The Spill Magazine’s Track of the Day!

Born Music share “Glory Me,” the new single/video from Frankiie!

Frankiie are featured in the latest edition of thereviewsarein.com’s New Music Spotlight!

Frankiie’s “Glory Me” was Song of the Day over at Sounds & Books this past Friday March 9th!

Big thanks to The Grey Estates for sharing Frankiie’s “Glory Me” – listen now over at the blog!

The new singles from both Frankiie and Deanna Petcoff are featured in The Revue’s latest edition of The Matinee ’18!

Frankiie’s “Glory Me” is included in GigSlutz’s Tracks of the Week!

“Glory Me” by the ‘new, improved, recalibrated’ Frankiie is Track of the Day over at The Von Pip Musical Express!

EXCLUSIVE: Billboard premieres the video for “Glory Me” by Frankiie today!