“Rock’n’roll is not the easy way, but it’s a freeing way, and it’s the way I want to live my life,” says Dylyn. Talking about her unique career path, the Toronto artist says, “There is truth in where you started, and then you veer off the road and come back to it and then really find it. That’s cultivating your sound the hard way.”

Born Gwendolyn Lewis, Dylyn was once a minor pop star with top 10 dance hits on U.S. Billboard charts. She has a show-stopper of a voice, killer good looks, and had tracks produced by the likes of Cirkut (The Weeknd, Britney Spears)—everything you’d need for pop success. But she wasn’t happy as a dubstep diva—and not just because no one could spell her stage name, Guinevere. She eventually ditched her on-stage dancers and hired a live drummer, so she was free to roam the stage and rock out as she pleased. When she wasn’t touring with former teen idols or playing 4 a.m. electro parties in Germany, she’d be at home listening to Led Zeppelin, Pink Floyd, Blondie and the like.

One day before a photo shoot, her manager said, ‘Why don’t you just wear a band shirt? That’s all you wear every day anyway.’ Taking his advice, she started wearing her influences on her sleeve quite literally, with Black Sabbath and Queens of the Stone Age shirts taking centre stage. She picked up her guitar again. Guinevere was gone. Dylyn was in. It felt like a new direction.

Except it wasn’t a new direction. It was her original direction, growing up in a Chinese-British Canadian family in a northern suburb of Toronto, listening to her father’s record collection from the ’70s. In school she acted, played hockey, and listened to a steady diet of rock music made at least a decade before she was born. When she was 17, she started a rock band, which recorded an EP with Mike Turner of Our Lady Peace. But her bandmates clearly weren’t lifers like she was: they weren’t thrilled about cramming into a van and dodging moose en route to Thunder Bay to play for four people. Unsurprisingly, the band broke up and Gwendolyn Lewis took an easier path as Guinevere. In 2018, however, she realized that the things you love are worth fighting for, and she resurfaced with a live band and a new sound. “Now I’m writing the stuff that makes the most sense to me, the most real, the most true,” she says.

Though she rarely listens to modern music, Dylyn is not going down a retro path: this is not a Greta Van Fleet situation, far from it. She’s a 21st-century performer who sounds very much of her time, and is not trying to be anyone else. Aesthetics aside, her songwriting has been the through line through her entire career. “A song is a song,” says Dylyn. “If you can strip it down to guitar and have someone singing along by the second chorus, then you’ve got yourself a song. The format of my songwriting hasn’t changed, just the production.”

Dylyn debuted with the 2018 EP Sauvignon and a Kimono, which featured three singles, including ‘Secret.’ Written in 20 minutes, it’s an autobiographical account of a child witnessing her parents’ divorce. Released with very little marketing, it suddenly took off six months after release—neither Dylyn nor her management team know specifically why, but it’s now up to 100 million streams and has spawned dozens of fan videos in the anime community, particularly Gacha Life, where a Dylyn avatar has been created. “Secret” had a particular resonance for this community. “When these kids were starting to write me, I realized that they like darker music,” she says. “It seems the game is an escape. A lot of them feel like outcasts who are bullied at school. Kids feel helpless because they can’t fix the adults’ situation,” she says, “and maybe that’s why we connect. It’s tough to play that song live sometimes because I have to relive my own experience. But truth-seeking is very important to me now.”

That debut EP turned out to be a transition point. Her newer material took shape when she met L.A.-based Toronto producer Colin Munroe (Kendrick Lamar, Lights), who encouraged her new rock direction. “After that I had more confidence,” she says. “I was more clear about doing my own thing.” Ryan Guldemond of Vancouver hitmakers Mother Mother became another key collaborator. “After working with Ryan, I thought, ‘This is it. This is finally the stuff I’ve been wanting to write. The 18-year-old me has returned.’ I hadn’t felt that excited in a long time.” Perhaps not coincidentally, the first song they wrote together is called “Find Myself.”

“Everyone says just be yourself,” says Dylyn. “It’s the hardest thing to do. A lot of artists are natural pleasers. I struggled with that for a long time: making sure everyone in the room was okay and happy at the cost of my art and my truth. This is the first time where it’s more about the art and less about what other people think, going back to what I enjoyed doing about this in the first place. That’s why I couldn’t sleep after those sessions with Ryan.”

Tracks from both those sessions will be unveiled throughout 2020, culminating in a 2021 EP Make It Naked. The emotionally raw and slinky “Something to Lose” was released in April. Dylyn says it was “born from a romance that eventually bloomed into a relationship. At the time, my heart was healing so it was a safe, trusting space where love could flourish. You are capable of love, even if you feel damaged and broken.” In June 2020, Dylyn dropped the fiery riff-heavy rocker “Call Me What You Want,” which is “animalistic and loud in spirit,” she says, “about being wild, embracing your freedom—with no regard of other opinions or judgments. Turn a song up to eleven, let the wind hit your hair, and scream it at the top of your lungs.”

Each single sounds more monstrous than the last, unleashing a talent that’s only beginning to realize her true potential. Dylyn has finally found herself. The rest of the world is about to find her as well. 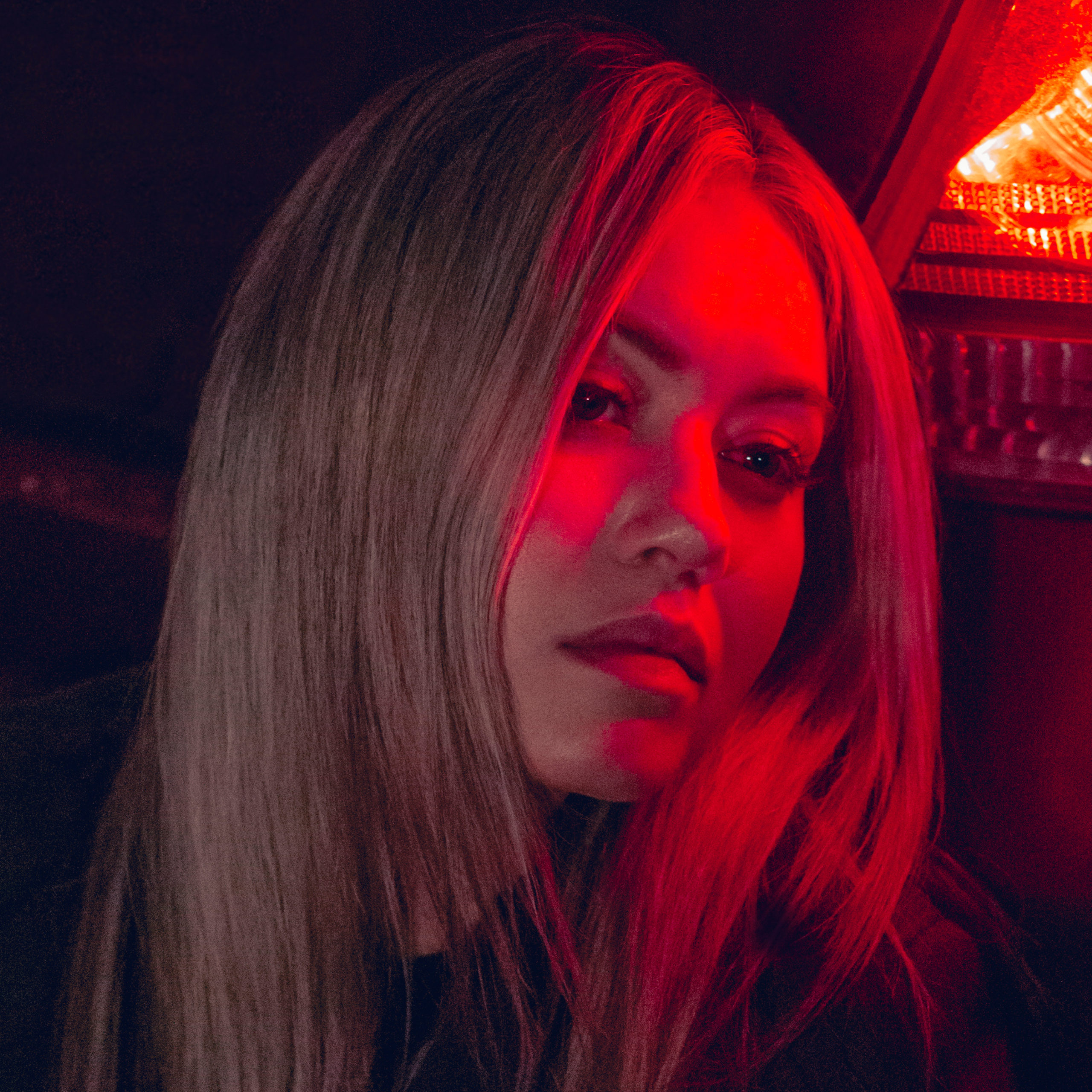 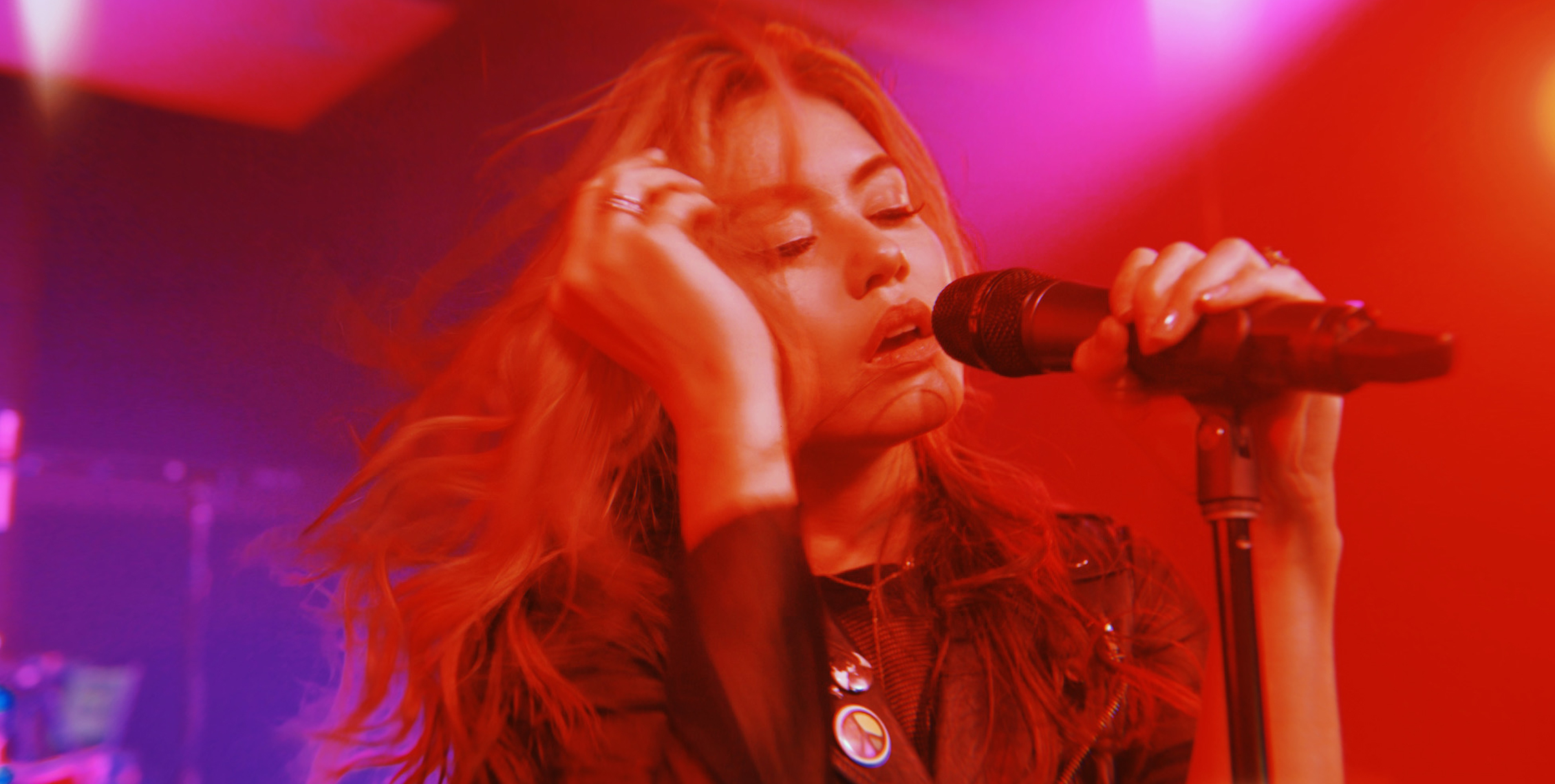 Read DYLYN’s essay on her love for music over at The Vinyl District!

Lemonade Magazine share ‘Sauvignon and a Kimono,’ DYLYN’s debut EP. Stream it now over at the site!

Canadian Beats delivers a very kind review of ‘Sauvignon and a Kimono,’ the new album from DYLYN!

Check out this great interview and feature with DYLYN over at Popdust!

The GATE say that “Wolf” ‘smoulders with DYLYN’s smoky vocals, and the beat is a cross between the rock hits of the 80s, and pure, electric synth-pop.’

Ones To Watch showcase DYLYN and her latest track “Wolf” on their New Artist Discovery feature!

DYLYN’s ‘Wolf’ is on I Heart Moosiq, listen to the 80s inspired track now!

DYLYN is up on Popmuzik with new track entitled ‘Wolf’. Listen now!

She Does The City spends 15 Minutes with the amazing DYLYN!

DYLYN getting some love over on The Daily Listening with song called ‘Wolf’.

New DYLYN single ‘American Nightmare’ up on Wolf in a suit!

The new DYLYN track seems to be everyone. KMS music blog let’s you know why!

New DYLYN single ‘American Nightmare’ is up on Ride the Tempo!

The new DYLYN single ‘American Nightmare’ is up on Indie Shuffle!

The new DYLYN single up on GroundSounds!

DYLYN has a new single out. Listen to ‘Secret’ at FAMEmagazine!

New DYLYN single is out now. Find out all the details at Ultimate Music

DYLYN up on The Line Of Best Fit again

DYLYN has a new single. Hear it at Wonky Sensitive!

The Daily Listening wants you to check out the new DYLYN single!

Listen to the new DYLYN single at I Heart Moosiq!

Listen to the new DYLYN single at ColoRising!

The Line Of Best Fit features the new single from DYLYN!

Hear the debut from DYLYN at Girl Underground Music!