2020 was a terrible year for gardening. It was terrible for peppers, it was terrible for tomatoes, it was terrible for the condition of the soul. But Chad VanGaalen somehow raised a garden all the same: carrots and sprouts and broccoli and a revivifying new album, all of them grown at home. He likes to eat directly off the plant, he says—”I get down on my knees and graze. It’s nice to feel the vegetables in your face”—and the 13 songs on World’s Most Stressed Out Gardener were harvested with just such a spirit: in their raw state, young and vegetal, at the very moment, they were made.

What that means is that the Calgary songwriter’s new album is a psychedelic bumper crop. A collection of tunes that does away with obsessiveness, the anxiety of perfectionism, in favour of freshness and immediacy — capturing the world as it was met while recording alone at home over a period of years. “Don’t overthink it,” VanGaalen told himself again and again, despite the push/pull love/hate of his relationship with songwriting. “I’m always trying to get outside of the song—but then I realize I love the song.”

This is a record that gleams with VanGaalen’s musical signatures: found sound, reverb, polychromatic folk music that is by turns cartoonish and hyperphysical—like ultra magnified footage of a virus or a leaf. Apparently, the LP began life as a “pretty minimal” flute record. (There’s only a vestige now, on “Flute Peace”—one of three instrumentals.) Later it became an electronic record “for a while” and finally, “right at the last second,” it “turned into a pile of garbage.” The good kind of garbage: glinting, useful, free. Music as compost—leaves, and branches ready to be re-ingested by the earth, turned into a flower.

Throughout these 40 minutes, VanGaalen floats from mania to solace to oblivion, searching for zen in all the wrong places. “Turn up the radio / I think we’re dead,” he sings on “Nothing Is Strange”; or, on the inside-out rocker “Nightmare Scenario”: “You’re stressed out when you should be feeling very well.” The singer’s mental landscape is rotting and redemptive, beautiful in spite of itself—and his soundscapes reflect this fertile decay. He has been influenced by his instrumental work on TV scores (Dream Corp’s third season began this fall), but still “nothing can really replace the human voice,” he admits. Like Arthur Russell or Syd Barrett, it’s VanGaalen’s vocals that shine a path through the swampland—from the cello-lashed “Water Brother” to “Starlight”‘s krautrock pipe-dream.

These days, VanGaalen cherishes the privacy of the studio, the capacity to wander around, get distracted, and “move at the speed of life.” Whereas once he would obsess over mic techniques, now he puts the microphone in the same place every time—trying to capture a song quickly, the idea at its heart. He’ll act on his infatuations—for the flute, a squeaky clarinet, his basement’s copper plumbing (remade into xylophones for “Samurai Sword”)—and then he’ll try to get out, “veering away from responsibility,” before he overdoes his stay.

In the end, it’s like gardening. You have to live with your horrible decision-making; the weather’s going to fuck you if it wants to; and if you plant a hundred heads of broccoli, “now you gotta eat a hundred heads of broccoli—or watch them go to seed.” But mostly VanGaalen just tries to be a deer: “I remember seeing some deer come out in the Okanagan Valley once,” he says, “watching them wait for a sunbeam to hit a perfect bunch of grapes—and then eating them right out of the sunbeam. I’d recommend that.”

You can do it too—taste the sun-swabbed grapes—when World’s Most Stressed Out Gardener is released on March 19, 2021. 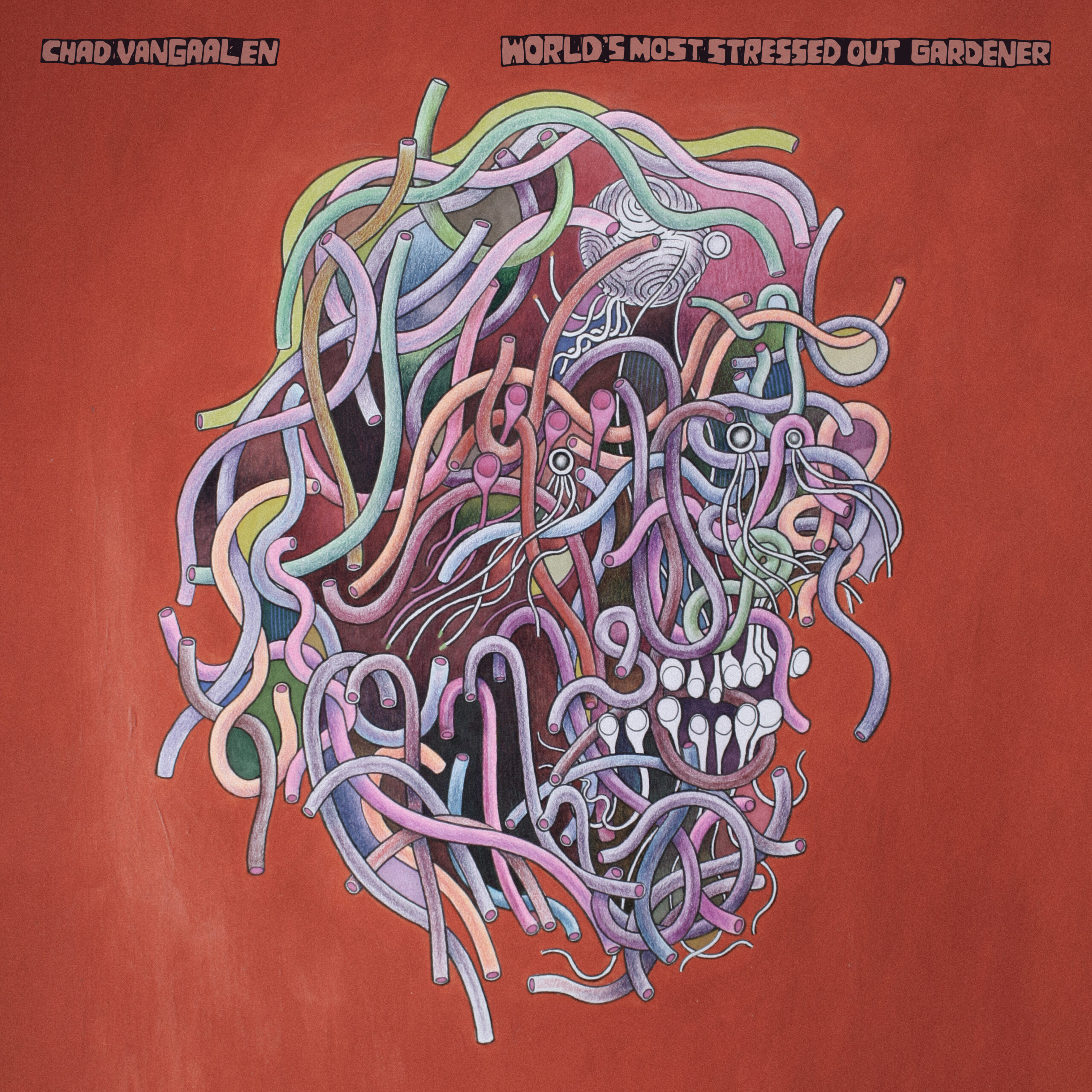