At the age of only 19, bülow has created an astounding body of work with her debut EP’s Damaged Vol. 1 and Damaged Vol. 2, which included the multi-platinum selling hit “Not A Love Song” that has generated over 50 million streams worldwide. Since then, bülow most recent release, “Two Punks in Love,” is climbing the Canadian radio charts and is on it’s way to breaking into the top 10.

A child of the globe, the bright-eyed Megan Bülow has grown up in five countries including Canada, Germany, the UK, the US, and recently graduated from high-school in The Netherlands. Her global presence won her the Roots ‘Sweat Style’ Fall 2018 campaign, as well as features in both Vogue UK and Billboard Magazine (to name a few). bülow’s most recent shows include her US tour with Fickle Friends and the iHeart Radio Jingle Ball in Toronto alongside the Chainsmokers, Dua Lipa, Alessia Cara, and more. 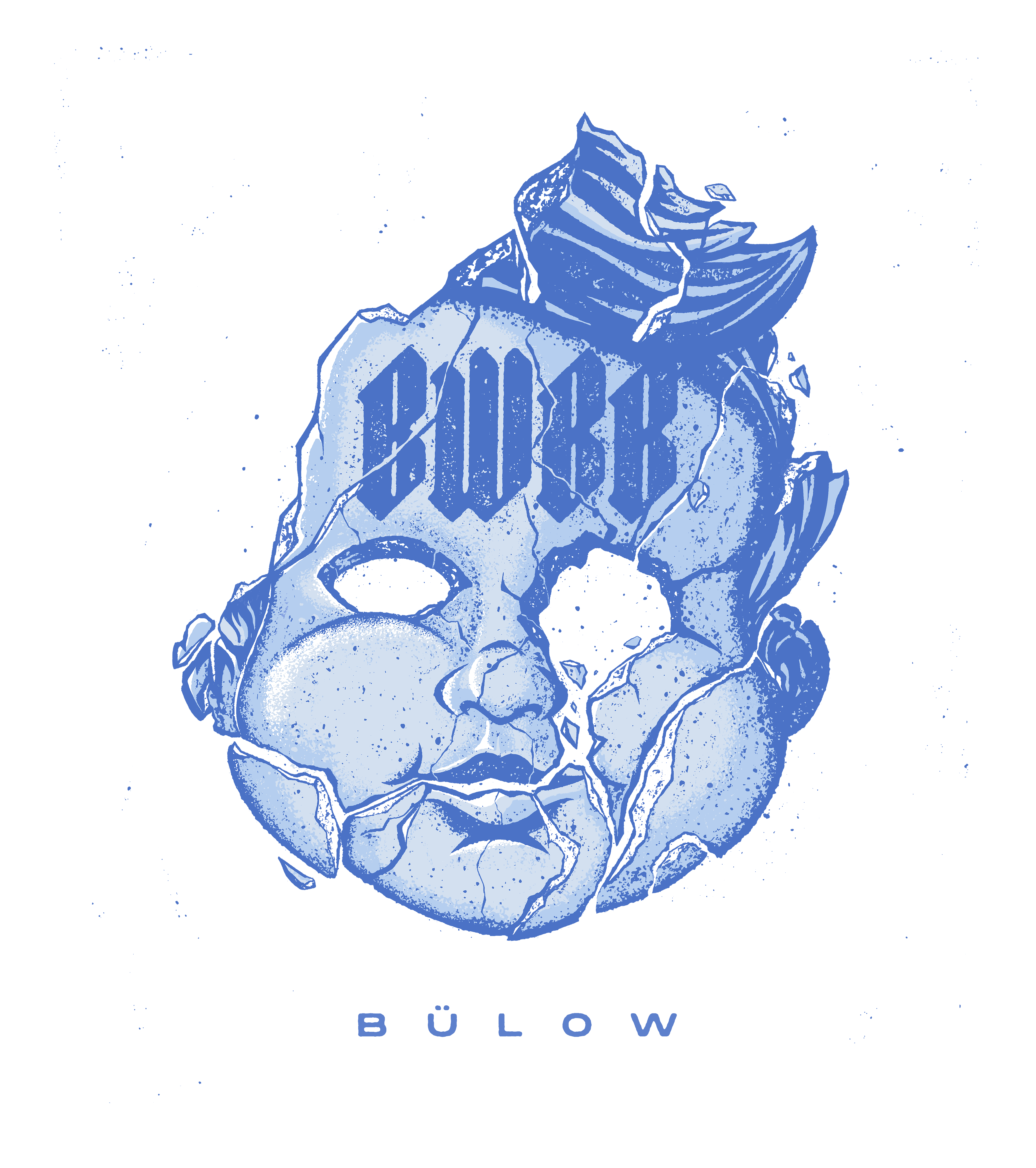 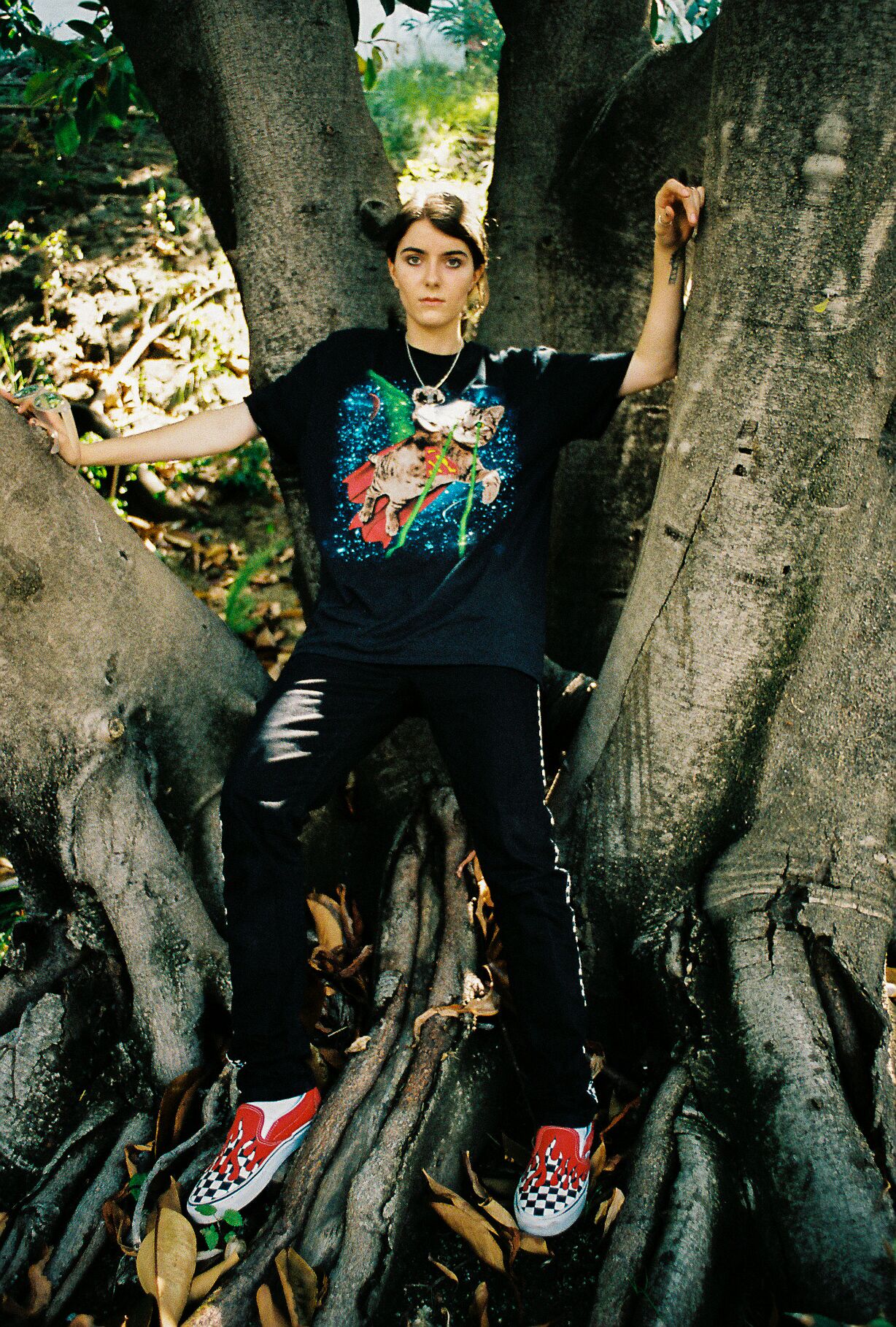 There’s a sweet warmth to bülow’s “Two Punks In Love” that embraces familiarity – stream it over at Aupium!

“Two Punks In Love” by bülow wraps around I Heart Moosiq’s hearts with a tenderness – stream it over on the blog!

The GATE expect nothing but huge things ahead for bülow – hear “SAD AND BORED” feat. DUCKWRTH now!

“SAD AND BORED” leaves no question that bülow is the real deal – hear it over at Podcart!

Only big things from bülow on the horizon – “SAD AND BORED” and “You & Jennifer” are both included in Oblivious Pop’s Hot Tracks of June 2018!

bülow’s “SAD AND BORED” feat. DUCKWRTH is one of 20 great pop songs from 2018’s first half that Billboard thinks you might have missed!

Hear bangers by bülow and UNBLOOM in Cloudkid’s Spotify playlist!

Check out The New Nine’s interview with the unstoppable bülow!

Billboard has an interview feature with amazing up-and-coming artist bülow!

Stream bülow’s “SAD AND BORED” feat. DUCKWRTH, and give the rest of her ‘Damaged, Vol. 2’ EP a spin over at Elite Muzik!

bülow is one of six artists that Mixmag thinks you need to check out!

“SAD AND BORED” by bülow ft. DUCKWRTH is New Lease Music’s Song of the Day!

Stream bülow’s “You & Jennifer” over at We Found New Music!

Hear bülow’s “You & Jennifer” in We Are The Guard’s weekly Best of Indie Pop roundup!

Listen to bülow’s “SAD AND BORED” feat. DUCKWRTH over at Ride the Tempo!

Ones To Watch dub bülow’s ‘Damaged Vol. 2’ EP a must-listen! Check out their review over on the site.

I Heart Moosiq stream bülow’s “SAD AND BORED” ft. DUCKWRTH over on the blog!

Hear bülow’s “SAD AND BORED” ft. DUCKWRTH over at Popmuzik!

Going Solo are listening to “SAD AND BORED” by bülow ft. DUCKWRTH while they deal with real life stuff – hear it now in the playlist’s latest edition!

Volume 8 of The GATE’s Fresh Indies features “Not A Love Song” by bülow!

BritzNBeatz share their thoughts on bülow’s “Not A Love Song” video!

If you’ve yet to watch bülow’s new “Not A Love Song” video, check it out over at Indietronica!

Acid Stag shares bülow’s “Not A Love Song” with the best videos of the week!

We Are The Guard shares the debut video from bülow for “Not A Love Song.”

DOPECAUSEWESAID features new bülow video for the track “Not A Love Song.” Watch it now!

bülow’s new video for “Not A Love Song” is featured on Wolf in a suit!

bülow has the Song of the Day at Baeble Music w/ “Not A Love Song.”

Unrecorded share the new video for “Not A Love Song” by bülow!

Bülow broke 8 million Spotify streams with her single “Not A Love Song,” she has followed it with an accompanying video. Watch via Aupium!

HighClouds share bülow’s new video for “Not A Love Song.” Watch it over on the site now!

Popmuzik shares bülow’s new “Not A Love Song” video over on the blog!

The Joy of Violent Movement shares bülow’s new video for “Not A Love Song” over on the blog!

Find bülow on the Crack In The Road Spotify Playlist!

Crack In The Road introduces you to budding star bülow!

Wolf in a suit features new visual for ‘Lines’ from bülow.

Newcomer bülow praised over at I Heart Moosiq!

Thanks to The Press Release for naming bülow most promising of 2018!

The amazing track ‘Not A Love Song’ from Bülow is blowing up and The Burning Ear has some love!

Adrian Underhill and Bülow are ‘Hot Tracks’ this month at Oblivious Pop.

Bülow’s debut hit ‘Not A Love Song’ featured on the amazing Indie Shuffle!

Bülow leads off Best New Artists on Pigeons and Planes!!

Bülow featured on Best of Fresh Finds 2017. Thanks Spotify!

New Lease Music covering the new single from Bülow as Song Of The Day!

Bülow’s ‘Not A Love Song’ is now featured on Aupium!

One Stop Record Shop makes Bülow’s ‘This Is Not a Love Song’ their Track of the Day!

New Bülow has been added to Selected Sounds playlist on Spotify!

NME featuring the new Bülow on their Spotify Playlist!

Double J Music including the track from Bülow in their latest Spotify playlist!

Noisey discovers new music from bülow with ‘This Is Not A Love Song’.

Pigeons and Planes featuring the new music of Bülow!

Excited to see TEEN RAVINE and bülow both up on ‘New Music Now’ playlist over on Spotify!

Stoked to have bülow’s ‘Lines’ up on Fresh Finds over on Spotify!