For two artists located on opposite ends of a country, the pair already crafts a signature sound that is immersive and perceptive.

With this quote from The Permanent Rain Press, so goes the story of indie pop duo Bestfriend, the culmination of two young artists joining forces to create music from thousands of miles apart.

Formed over Instagram DMs in August of 2018 after years of independent musical growth, Stacy Kim (on the West Coast) and Kaelan Geoffrey (on the East Coast) met briefly in person through a mutual friend, and almost a year later bonded over their common use of an MPK MIDI keyboard after a message sent by Geoffrey.

Through trial and error and many gigabytes of .wav files sent over workplace app Slack (a name that became the cheeky initial title for this music project before the name Bestfriend was chosen), they collaborated on a cover of Phoebe Bridgers’ Smoke Signals, mixed and mastered by Mike Brandolino (Conan Gray, Valley, nodisco.). This became the beginning of the innovative, shapeshifting sound that the band would be known for. Geoffrey’s expert use of dreamy, almost euphoric and ruggedly gentle instruments and synthesizers paired with Kim’s soft, guiding, melodious vocals pulls listeners into a physical, shared space, creating harmony within the themes of uncertainty.

Harnessing the ever-changing landscape of digital media and technology, Bestfriend used their innate skills in collaboration and intuition to release their first original dual-release single, Television ’99 and twentyfour. These songs follow themes of youthful nostalgia compared to the present, with all the trials and tribulations of a young adult’s turbulent path rife with uncertainty.

The release earned accolades and press in The Permanent Rain Press and The Press Release, with the duo’s knack for putting honest words to feelings often being cited in listener reviews. The line didn’t stop there, though — they immediately returned to writing, with weekly FaceTime sessions to argue over drum tones and word choices, time zones apart.

Through the lens of ethereal-bordering-on-experimental pop music, they continue to explore and dissect motivations and happenings from childhood, highlighting the inconsequentiality of day-to-day heartaches while simultaneously acknowledging them as important and valid feelings regardless.

2019 gave the two unprecedented growth in formulating their signature sound. A generous grant from Music BC allowed them to collaborate together on a writing trip to Los Angeles. Soon after, they released their third original track, Running, a frank, immersive and captivating song describing the undoing of a modern relationship and the effects it has on those in similar situations.

An immense amount of patience and time was put into building Bestfriend’s sound, with the duo diving headfirst into creating close bonds in the creative industry. They steal any minutes of free time they have to write songs and frantically message each other with concept ideas all hours of the day.
Bestfriend has one hell of a year ahead of them; they plan on releasing a full-length EP by early 2021, and hope to begin touring in 2022 to share their sound with the world. 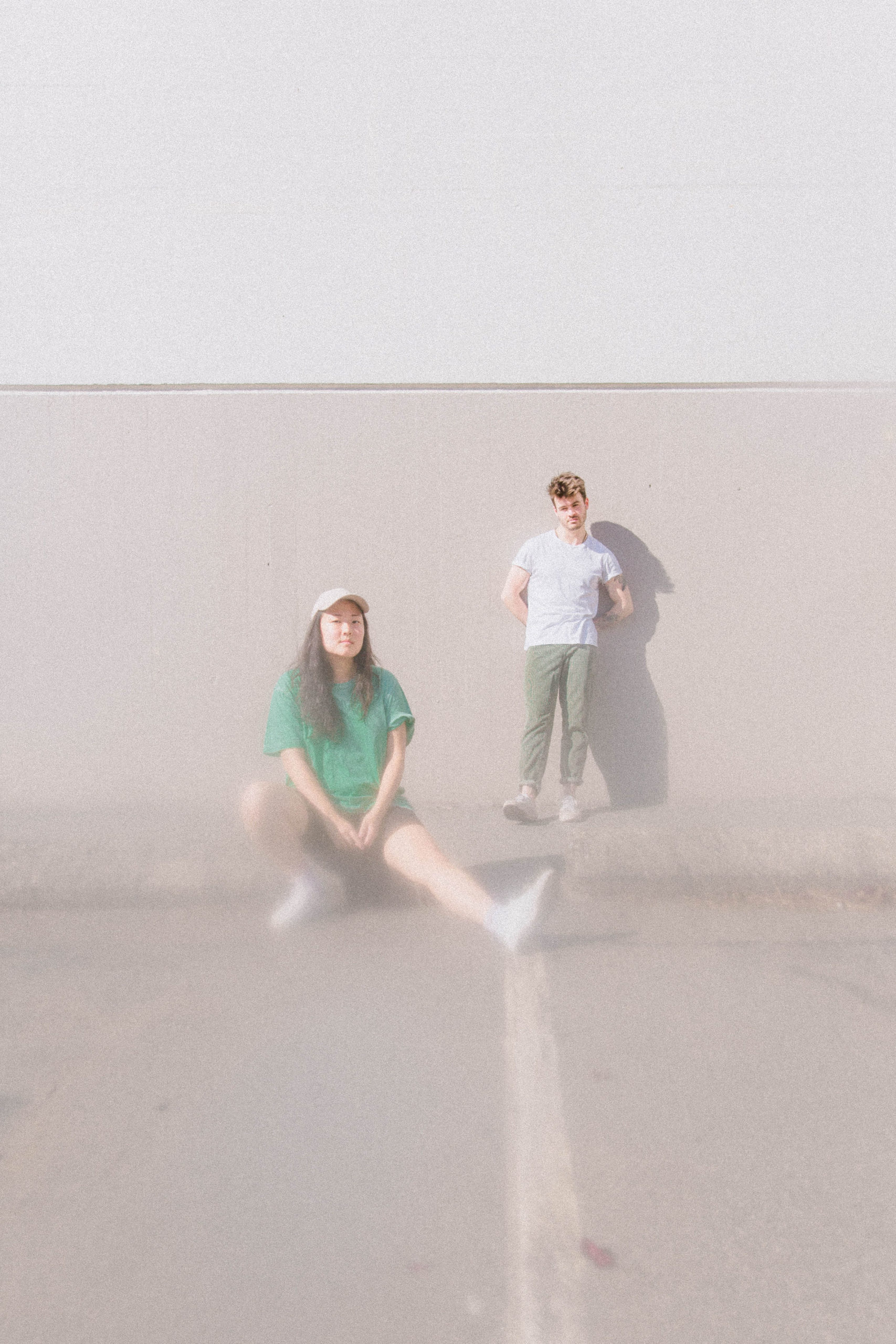 BESTFRIEND RELEASES A NEW SINGLE ON the permanent rain press

In a party of people you think you know, are your expectations met or are you lost in the crowd—a stranger to yourself in a mirror you’ve only seen once. Alt pop duo Bestfriend, with their point-blank sensitivity, know how you feel. “Last Bus in the A.M.” is a culmination of your sobriety level, fears, […]

Bestfriend – Last Bus In The A.M. on Going Solo

Their journey began with an Instagram DM. Through trial and error and many gigabytes of files sent over workplace app Slack, the two has been able to create an extremely intriguing sound. Geoffrey’s expert use of dreamy, almost euphoric and ruggedly gentle instruments and synthesizers perfectly matches with Kim’s soft, guiding, melodious vocals.

“Last Bus in the A.M.” – Bestfriend: Listen now on The Burning Ear

Bestfriend are a duo who, through unlikely chance, managed to connect on Instagram (Stacy Kim is from the West Coast and Kaelan Geoffrey on the East). Their sound is a subtly charming take on indie pop which is universally enjoyable.

“Last Bus in the A.M.” is laced with nostalgic beauty from the cross country duo Bestfriend, listen now at A1234

I won’t lie that I am a sucker for music that carries a sense of nostalgia, be it through the memorable lyricisms, retro production or overall sound that has me yearning to go back to the days of my adolescence. It’s a difficult sound to get right, trying to balance the modern sound whilst giving […]