Ben Sures is a storyteller. On his poignant, natural-sounding acoustic tenth album, The Story That Lived Here, the Edmonton-based songwriter, guitarist, and author sings stories told to him by friends and fans. Songs about library ladies, yard sales and dive bars, accidents and grieving; and – because we’re living through a pandemic still – at least one song about the end of the world.

“In case it’s the end of the world, I’m gonna have a cinnamon bun…” Sures quips to kick the record off, addressing a universal desire for comfort going hand in hand with a newfound vulnerability. In “Before We Had Sarah” a couple with grown kids try to romantically reconnect (though they live in the same house); while “Boring People” is perhaps the most sparse, evocative performance of Sures’ career to date. Nearly every song on The Story That Lived Here has a strong, tender, sing-along-able chorus, including “Cry Like A Flood,” which is Kat Goldman’s story of a music career interrupted; and “No One Will Remember You,” which conjures cover bar culture.

Two of the songs on The Story That Lived Here are inspired by Sures’ relationship with his father, ceramic artist Jack Sures, who passed away in 2018 and who the album is dedicated to (along with Mitch Pololak, Michael Laderoute, and Thérèse Duffy). “We put so much stock into people at the end of their life,” Sures says about the title track. “What was the last thing they said? The person is often on the wickedest cocktail of their life and they don’t know where they are. The meaningful time is the life.” In “Father’s Shoes” Sures paints a portrait of his relationship with his father and finds an apt metaphor for grieving that could apply equally as well to his music: “They’re a funny combination of neon green and blues,” he sings. The shoe fits.

The Story That Lived Here will be released in January 2022. 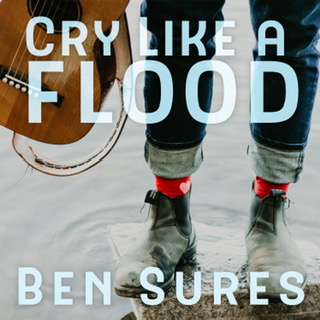