A life in music seems to have been destined for Artem Ramsay from the day he was born. Better known as Muhammad Abdul Al Khabyyr, the renowned trombonist and fixture of Quebec’s music scene and beyond for more than 40 years can’t remember a time when music wasn’t prevalent in his life. His father, an accomplished saxophonist, clarinetist, flautist, and composer from Harlem, migrated to Montreal’s vibrant music scene in the 1950s, where he worked 24/7 as a musician for hire. Growing up in Hull, Quebec, Artem fondly remembers the musical and multicultural influences of Sunday afternoons at the family home, where his father would stack the turntable with LPs ranging from Coltrane, Nina Simone, and Miles Davis, to Beethoven and Bach, Ray Charles and Chico Buarque, and the Beatles and Simon & Garfunkel.

Artem began playing piano at age 5, but was accepted into the Conservatoire de Musique du Québec à Hull in 1967 as a French Horn player, providing a first glimpse of his DNA as a versatile instrumentalist. Three years later, he moved on to the Conservatoire de Musique du Québec à Montréal, where his focus on French Horn transformed into a mastery of the Trombone under the tutelage of Joseph Zuskin. At age 15, after playing with the conservatory’s symphony orchestra and stage band, he earned a prestigious diploma (Concours en Solfège).

After dabbling in different instruments during his high school band years, he picked up the trombone once again in 1976 in order to audition for the Vanier College music program, leveraging his musical talents as a conduit for playing for the school’s football team. After completing his DEC in 1979, he reached a crossroads between music and education. Already gigging in recording and television studios, and performing six nights a week as a trombonist in The Paul Notar Orchestra at the Queen Elizabeth Hotel in downtown Montreal, he decided to forego university in lieu of a more immersive education as a full-time professional musician.

While building up an impressive resume as a session musician and live performer with an elite array of international artists, Artem embarked on the father/son trip of a lifetime in 1987, joining his father as First Trombonist and Soloist with the internationally touring Duke Ellington Orchestra, then under the direction of Mercer Ellington. The experience also nurtured Artem’s creativity, providing the opportunity for his inner composer to sit behind a grand piano, night after night, during post-show load outs of prestigious venues, including Carnegie Hall. He toured with the orchestra for seven years, and he attributes performances of the full Ellington repertoire as his greatest musical education.

Over the past four decades, he has performed with the likes of Tony Bennett, Henri Mancini, Julio Iglesias, Daniel Lavoie, Barry White, Stevie Wonder, The Temptations, Diana Ross, Gregory Charles, and many more. He has contributed to the big band sounds of orchestras led by Vic Vogel and Denny Christianson, and has toured with some of Quebec’s most notable artists, including Diane Dufresne, Claude Dubois, Offenbach, Robert Charlebois, Jean-Pierre Ferland, Ginette Reno, Laurence Jalbert, and Garou. He also left his mark on the bright lights of Broadway, with musical performances for runs of “Ain’t Misbehavin” and “Black and Blue.” In recognition of his contributions to music, on several occasions he served as a distinguished jury member for the Canada Council of the Arts. While still performing whenever the chance arises, Artem also teaches trombone at McGill University and Université de Montréal, as well as at CEGEP de Saint Laurent and CEGEP de Sherbrooke.

Despite writing music since his early teens, that inner composer within Artem Ramsay has evolved in a parallel universe to his illustrious career. Now, at this stage of his career, he is embarking on a new chapter with his first solo release, Still Life Tone Poems – Book 1 (Justin Time Records). Recorded in January 2020 in full takes that foster a very natural sound, the 10 piano compositions each capture a unique moment in time, eliciting listeners to ponder their every detail. From the texture of a single petal, to hues of refracted light, Artem Ramsay’s still life tone poems offer microscopic insight into some of life’s simple wonders, with added layers of driven, continuous melody that transports listeners on a sonic journey.

For Artem Ramsay, variety is the spice of life when it comes to music. His professional career has spanned a multitude of genres, from jazz, to rock, pop, and classical. His life in music has taken him around the world, and he has retained the influences of everything he has heard. He hears music as a single language, with multiple dialects comprised of harmonic overtones, shapes and forms, variables and constants, all straddling the world between science and art. He analogizes musical compositions to Picasso paintings, where an initial shape appearing on a blank canvas transforms into an entirely different shape. By the time the painting is complete, the original shape is no longer visible, however it remains an integral part of the finished work. Applying that process to music, Artem harkens back to the Sunday afternoons of his youth, and the multitude of influences of his career, and embraces each and every part of it. Nothing is discarded, with every layer contributing to an evolving work of ‘Art.’ 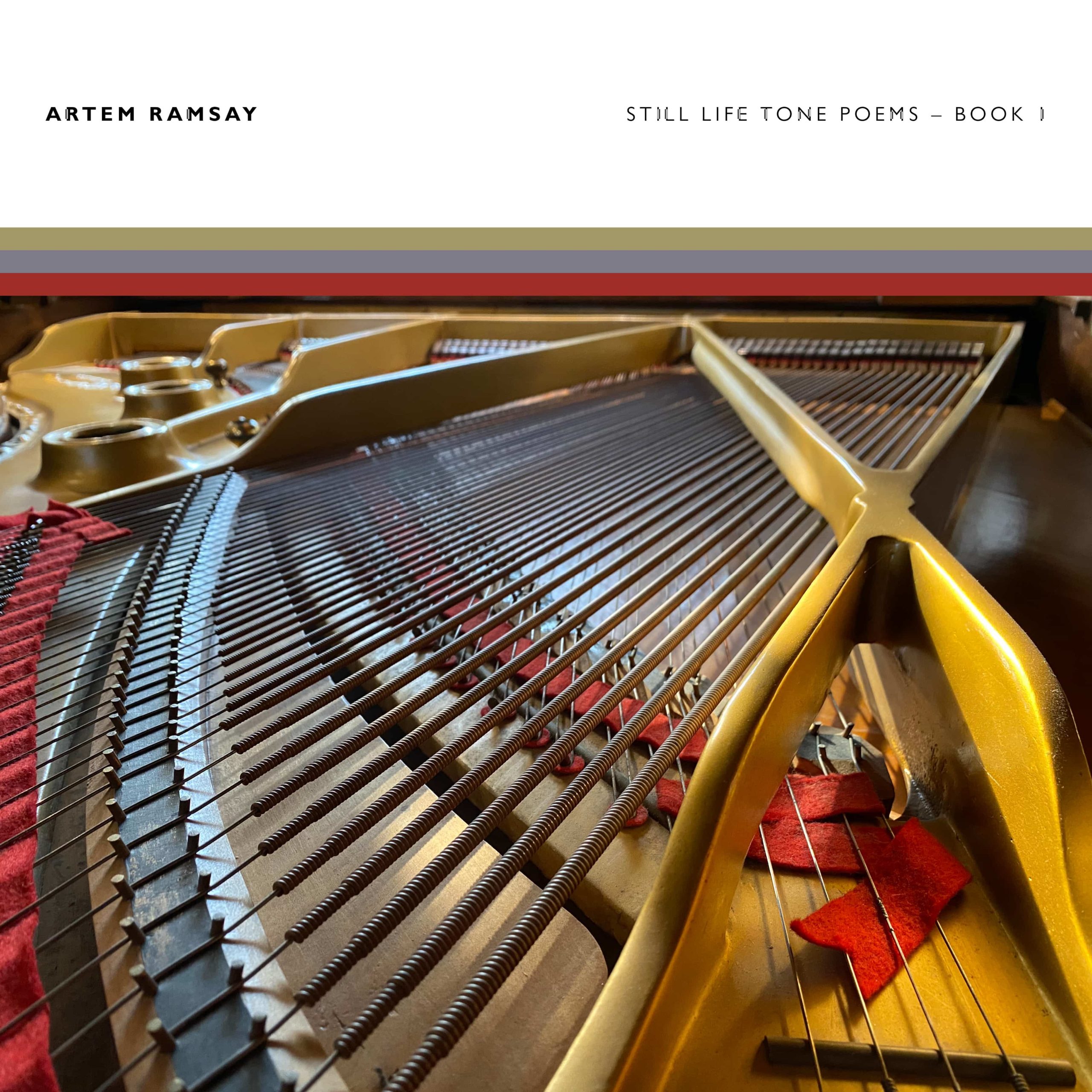