After resisting recording studios for a half-dozen years, laid-back indie-country songsmith Amos Nadlersmith was finally convinced to begin recording a small collection of his vast catalogue in the fall of 2018.

“I’d never gotten around to it,” says Nadlersmith, who goes by the stage name Amos the Kid. “I didn’t know if anyone would be interested, and I was content to just play a show every once and a while. When Adam asked me to come record, I thought, OK, I guess it’s time to give it a shot.”

That casual collection of recordings ultimately became Mountain View, the first release on fledgling label House of Wonders Records that some said immediately felt like a “Manitoba classic” (Kaelen Bell, Exclaim!). The EP’s success, however, was far from guaranteed—in fact, Nadlersmith had assumed his effort to be doomed when the first COVID lockdowns began and his shows started getting cancelled one month before release day. However, the new social dynamic ended up working in the favour of the release, which connected with people longing for big summer nights and small moments of human interaction. Suddenly, Nadlersmith saw a response to his music which he could have never dreamed of — over 100k streams, a placement in a CBC documentary, additions to big-name Spotify playlists, and the EP’s inclusion in multiple best-of 2020 lists.

After Mountain View, his hesitancy to record dissipated, and Nadlersmith dove headfirst into crafting his follow-up effort with a newfound sense of clarity. Arriving May 15, his sophomore EP, No More New Ideas, sees him following his instincts deeper in the direction that made his first effort a success. His disarmingly simple earworms once again wrap emotionally agile lyrics in a sly sense of humour, this time in the service of a more focused artistic vision: whereas Mountain View was recorded in fits and starts over two years, No More New Ideas was made in just two weeks at the House of Wonders studio. The EP was again produced, engineered and mixed by Adam Fuhr (Yes We Mystic, JayWood, Virgo Rising), and mastered by Cam Loeppky (The Weakerthans, Greg MacPherson).

Nadlersmith is not shy about sharing the spotlight; he is refreshingly committed to the idea that the more people that are involved in bringing his songs to life, the better the songs become. For Ideas, he invited a revolving door of talented friends, including Jensen Fridfinnson of Yes We Mystic, Jeremy Haywood-Smith of JayWood, and Adam Soloway of Living Hour, who were all given reign to bring their own sensibilities to the project.

Especially important to Nadlersmith was sharing that spotlight with Jensen Fridfinson, who has lent her vocals to both Amos the Kid EPs.

“The first time I met Jensen was at a party where she got up in front of everyone and covered one of my songs,” says Nadlersmith. “I was floored. After that we became friends, which led to her singing on [Mountain View]. This time around I thought it would be special if we recorded the song that she covered at that party [Alright] and if she sang most of it, which kind of brings that song and our friendship full circle.”

The new EP, says Fuhr, is Nadlersmith’s best work yet.

“It was really exciting to see Amos push to expand his sonic palette,” says Fuhr. “I’m always blown away by his songwriting, but not only are these songs fantastic but they’re also built up in this really interesting way. In the studio we were very interested in the idea of an album as capturing a moment, and were focused on making the best EP that this group of people could make at this specific moment in time.” 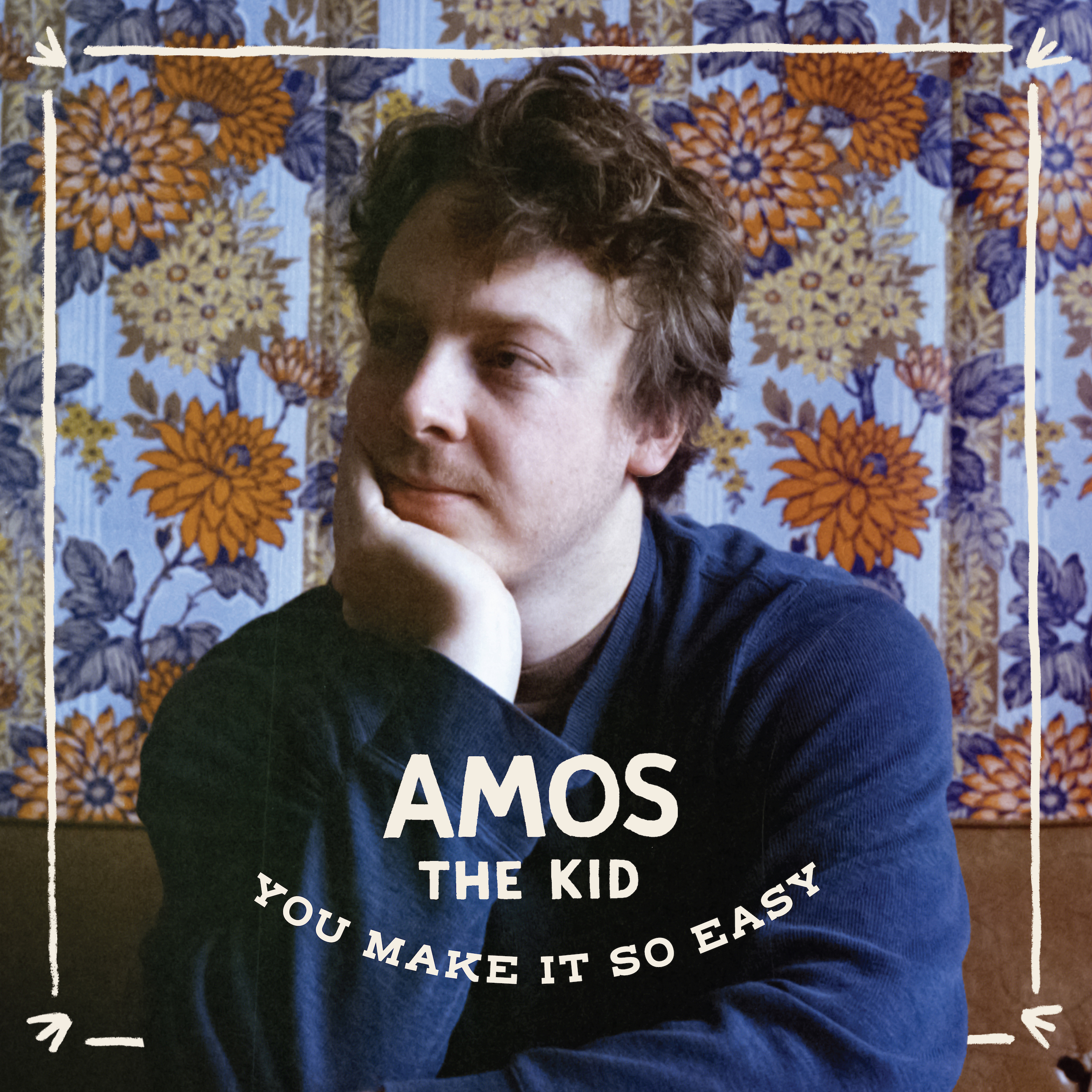